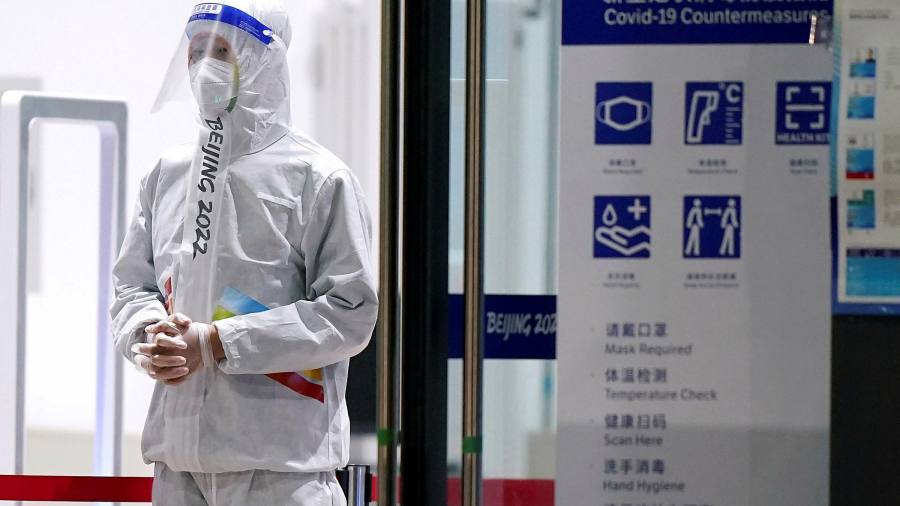 The International Olympic Committee admitted that conditions for athletes forced to isolate owing to testing positive for coronavirus had not met expectations, after German team officials complained of limited access to food and internet in quarantine.

Christophe Dubi, executive director of the Olympic Games, said most concerns over isolation had been addressed but admitted that improvements were needed after German officials called conditions “unacceptable”.

“It should not happen, and we want to make sure it does not,” Dubi told reporters on Sunday, adding that organizers “can not be complacent” as they try to conduct the Games in line with Beijing’s zero-covid policy.

Dirk Schimmelpfennig, head of mission of the German Olympic team, said he was working with Chinese and IOC officials to get three athletes in isolation facilities cleaner rooms, training equipment and regular delivery of food and PCR tests.

Positive cases within the closed-loop system for Olympics participants, which is designed to minimize transmission, fell to just 10 on Saturday, compared to 45 a day earlier.

But the challenge of maintaining the bubble has added to tensions at an event that has become a focal point of strains between China and the west.

Several western countries, including the US, UK, Canada and Australia, have issued diplomatic boycotts of the Games over concerns about China’s controversial policies in Xinjiang, where more than 1mn Muslim Uyghurs have been interned, and its crackdown on Hong Kong.

António Guterres, UN secretary-general, said on Saturday that he expected authorities to allow a “credible visit” to China, including a stop in Xinjiang, after talks with President Xi Jinping and Wang Yi, China’s foreign secretary, in Beijing. Michelle Bachelet, the UN High Commissioner for Human Rights, has been seeking access to the region to investigate allegations of abuse for at least three years.

A report of the meeting with Guterres by Xinhua, China’s state news agency, made no mention of Xinjiang.

The talks were held a day after the opening ceremony for the Games, where the final athlete to carry the Olympic torch was Dinigeer Yilamujiang, a cross-country skier who is Uyghur and from Xinjiang. The move was interpreted by campaigners and analysts as a provocative response to international criticism of Beijing’s policies in the region. 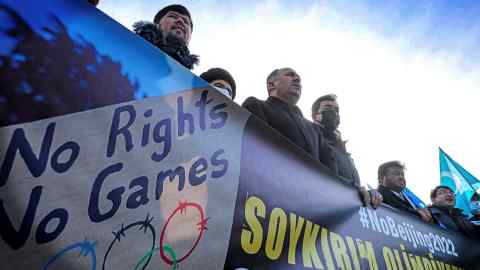 The IOC sought to downplay the significance of Yilamujiang’s role. “She has every right, whatever her background, wherever she comes from, to take part in the opening ceremony,” said Mark Adams, an IOC spokesman, after being asked if her inclusion breached political neutrality.

Xi has held a series of meetings with foreign leaders who have chosen to travel to the Games, including Vladimir Putin, the Russian president who has been accused by the US and other allies of preparing for a possible invasion of Ukraine. Russia denies the allegations.

China joined Russia in opposing NATO expansion following talks on Friday, a significant strengthening of its backing for Moscow, as the leaders pledged to deepen security, political and economies ties.