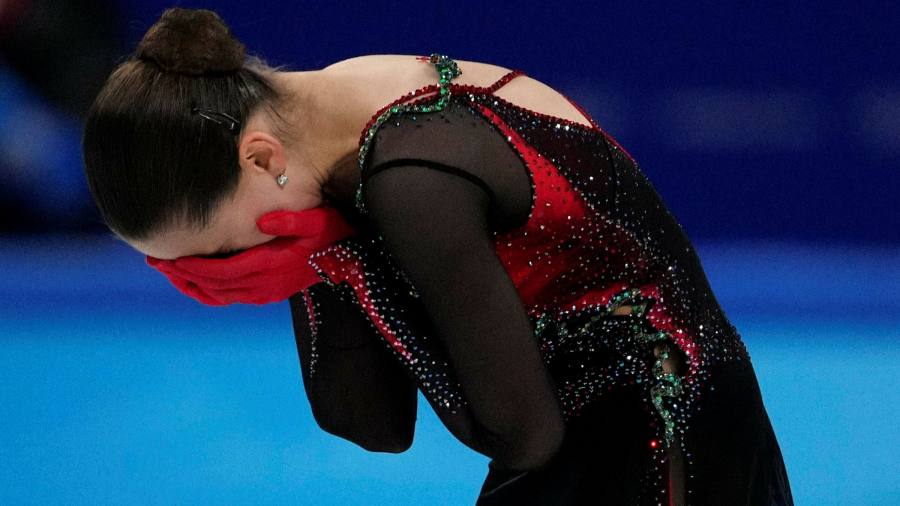 The president of the International Olympic Committee has sharply criticized the team of Russian figure skater Kamila Valieva, describing their treatment of the teenager as “chilling” after she fell repeatedly in her final competition.

Thomas Bach used uncharacteristically terse language towards her “entourage” in his final press conference of the Beijing Winter Games, after the 15-year-old finished fourth and was berated by her coach Eteri Tutberidze.

“I must say I was very, very disturbed yesterday when I watched the competition on TV,” Bach said on Friday.

Valieva fell and stumbled several times during her routine on Thursday and was reprimanded by Tutberidze after she left the ice. “Why did you stop fighting? Explain it to me, ”she demanded, according to television footage cited by Bach.

Several competitors in the women’s free skate ended the event in tears, including Valieva, the pre-Games favorite to win gold who failed a doping test last week.

The Court of Arbitration for Sport ruled that Valieva would be allowed to compete pending an appeal against the positive test, prompting anger from rival athletes. The case has also renewed criticism of the IOC’s handling of Russia, which was officially banned from sporting events in 2017 over a state-sponsored doping program at the Sochi Winter Olympics in 2014.

Bach called Tutberidze’s treatment of Valieva “chilling” and pushed for investigations by the World Anti-Doping Agency and Russia’s anti-doping authorities into Valieva’s entourage to be concluded.

Wada said on Monday that “there is a requirement to investigate that athlete’s support personnel” when the athlete is underage.

Tutberidze has been under scrutiny for her tough treatment and coaching of young Russian skaters, who have enjoyed success by accomplishing difficult quadruple jumps before retiring. Neither of the two Russian women who won gold and silver at the 2018 Games and were coached by Tutberidze, who were teenagers at the time, are still competing.

Katarina Witt, the two-time Olympic figure skating champion from the former East Germany, has described the Russian program as a “throwaway society” for young athletes.

Jon Solomon, editorial director of the sports and society program at the Aspen Institute think-tank wrote on Twitter that the women’s figure skating final “looked like child abuse on ice”. 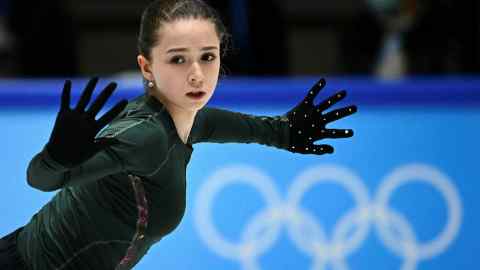 When asked why the IOC did not do more to intervene in Valieva’s case, Bach said “we have extremely limited means to address it, because we are not the police, we can not interrogate”.

The doping scandal has roiled the Olympics, overtaking other controversies such as the IOC’s relationship with China and Beijing’s human rights record in Xinjiang, where more than 1mn ethnic Uyghurs have been interned in forced labor camps.

The IOC has also been criticized for its dealings with tennis player Peng Shuai, who last year made sexual assault allegations against a former top-ranking Chinese official before retracting them and largely disappearing from public view.

At a press conference on Thursday, Yan Jiarong, a spokesperson for the Beijing Olympic organizing committee (Bocog), referred to allegations about Xinjiang as “lies”, in response to a question about the region. She also stated that Taiwan was an “undividable part of China”. Beijing claims sovereignty over Taiwan and has threatened to invade if Taipei refuses unification indefinitely.

Bach said the IOC was in touch with the Bocog immediately following the press conference, after which both organizations “restated their unequivocal commitment to remain politically neutral”.