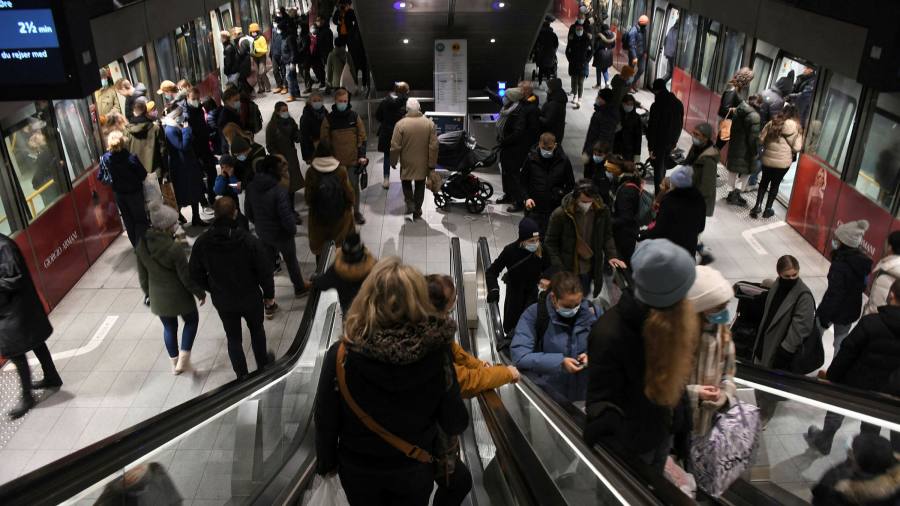 The BA.2 offshoot of the Omicron variant is more infectious and better at evading immune protection provided by vaccines than the original version, according to a Danish study, suggesting it could prolong the latest wave of coronavirus infections.

The sub-variant, which was first detected in early December, already accounts for the vast majority of Covid-19 cases in Denmark and India uploaded to the genome database Gisaid in the week ending January 31. It is also spreading fast in South Africa, Germany and the UK.

The study – conducted by the University of Copenhagen and the Statens Serum Institut, Denmark’s public health body – concluded that BA.2 was “substantially more transmissible” than BA.1 and it also possessed “immune-evasive properties that further reduce the protective effect of vaccination against infection ”.

The findings will fuel concerns that the Omicron wave will take longer than expected to abate.

Despite a surge of infections driven by the BA.2 subtype, Denmark is pressing ahead with dropping most Covid restrictions on February 1, as the number of people admitted to hospital remained relatively low.

“Every country that’s just been struggling with BA.1 may now face a fresh wave of BA.2,” said Laust Mortenson, professor of epidemiology at the University of Copenhagen and one of the study’s authors.

The Danish study monitored the spread of 8,541 household infections between late December and early January, of which roughly a quarter were BA.2 cases. Researchers found that unvaccinated people were twice as susceptible to infection from BA.2 within a household, compared with BA.1.

Separate findings from the UK Health Security Agency, published last week, found that while BA.2’s “growth advantage is currently substantial”, vaccines were equally effective against both versions of Omicron.

Mortenson said the virulence of the subtype was still unknown. However, he said the “limited” changes in Danish hospitalizations and deaths figures in recent weeks was “a source of comfort”. He said it suggested BA.2 was no more severe than BA.1.

Frederik Plesner Lyngse, a University of Copenhagen researcher and lead author of the study, said “one of the biggest questions” was whether BA.2 could rapidly reinfect people previously infected with the original version of Omicron.

“If you. . . can get reinfected with BA.2 that would essentially allow this wave to keep on going longer than we would expect, ”he said, adding that there was as yet no evidence of this as the research excluded people first infected in the 60 days prior to the study.

However, Prof Peter Garred, a clinical immunologist at Copenhagen’s Rigshospitalet, predicted Denmark and other highly vaccinated European countries would “manage BA.2 quite well”. But, he added, they “will have to watch out closely for waning immunity later in the year”.