On the streets of Kyiv: a lone band of brothers or the first resistance cells? 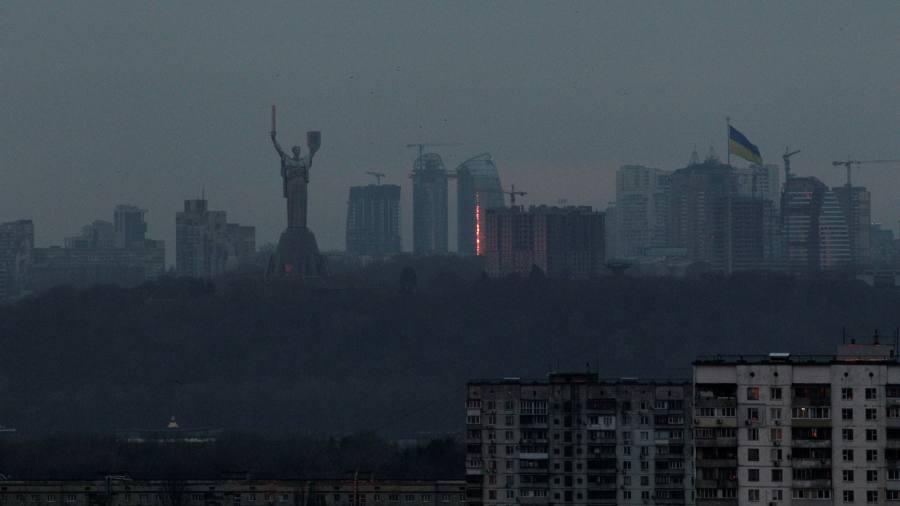 On Wednesday night, at a dinner party in Kyiv, Ukraine’s best-known novelist Andrey Kurkov has asked some of his friends to eat his famous borscht. He reveals gleefully that his recipe contains a Georgian plum sauce, which gives it that extra Kurkov oomph. Amid laughter and earnest talk we could be in London, Paris, New York or anywhere else in the western world, except for one thing. Before we start, we stand. Vodka shot glasses are raised for the toast. “To victory!”

Even then messages were flying. The Russian invasion will start at 4am, they said. We had had similar predictions a week ago but then, somehow, I was not convinced.

As dawn broke on Thursday and the Russian invasion began I started to walk. People had started to queue at ATMs to get cash. Then they began to queue at pharmacies. All across town people were tugging suitcases behind them, carrying water bottles, pasta and other siege food.

At the Golden Gate metro station I met Anna, a 23-year-old bartender. She was taking her parents, dog and cats to safety. But Anna said she did not want to go. I asked if I could take a photo of her and the cats, thinking both were in the cat carrier, but she unzipped her backpack and out popped Belash, dazed and snow white. Anna said she intended to come back and fight.

Up at St Michael’s Golden-Domed Monastery, priests were serving mass. They were not praying for peace though. They were “praying for Ukraine” said Father Michael. “We are not afraid because God is with us.” Let’s see. From there, it is a short walk downhill to Maidan, Independence Square. This is where the bid to create a modern, free and European Ukraine began in November 2013, with protests that turned into the revolution that overthrew President Viktor Yanukovych, who then fled to Russia.

As I have traveled across the country this past month I have asked people everywhere if they expected war. Almost to a man and woman they scoffed: ‘No, of course not!’

It was hard not to feel emotion. Jets roared overhead, invisible in the cloud. No way to know if they were Ukrainian or Russian. Then finally the square. It was gray, drizzly and cold. Maidan was deserted. A police car blocked the road in front of the memorials to the so-called Heavenly Hundred who died here in 2014. That was the beginning. Thursday was the day this chapter closed.

As I have traveled across the country this past month I have asked people everywhere if they expected war. Almost to a man and woman they scoffed: “No, of course not!” The tensions were politicians playing games, Vladimir Putin trying to extort their country, meddling by the US and so on, but war. . . no way! It would be crazy. And it’s crazy, but I’m old enough now to know better.

In Donetsk in 2014, in eastern Ukraine, at another dinner I told people that, that very day, I had seen separatists building roadblocks on the highway into town. I said that this reminded me of the weeks before the Bosnian war. “No, no” people told me. War would be crazy. It had been just the same in Bosnia. War tore Croatia apart in 1991 and even then their Bosnian neighbors insisted there would be no war.

So now it has begun and where will it end? Lighting a fire is easy. Controlling it is different. By TSUM, Kyiv’s most luxurious fashion shop, six men in motley uniforms stood by a truck laden with knapsacks. “We are all war veterans and volunteers,” said Anton, a 33-year-old programmer. “We are just waiting to know where to go.” A lone band of brothers or the first of a thousand partisan resistance cells? 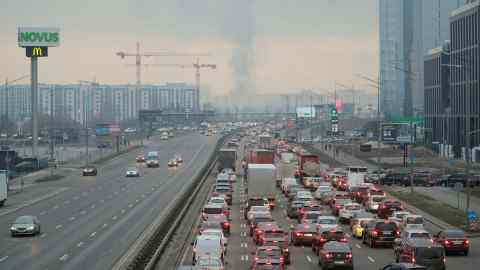 What a tragedy is engulfing Ukraine and all Europe! From one end of the country to the other I could see how slowly but surely a new country had begun to emerge from the ruins of the old post-Soviet one. Despite the occupation of Crimea, despite the rumbling war in the east, a new generation of Ukrainians has been reclaiming its place in Europe – no longer somewhere on the periphery of Russia. And that is the problem, isn’t it?

Putin imagines he can bring Ukraine to heel again but is he too late? My friend Ludmila is reporting for duty as a combat medic. Artem, my reservist friend in Odesa is waiting for orders to deploy and tens of thousands more are ready to fight to save their country’s future, to stop Putin dragging them back to the empire of the past.

In his rambling and bitter speech on February 21, Putin castigated Lenin for creating a Ukraine out of the ashes of the Russian Empire. Historians can debate that but no one can doubt that Lenin was right when he said: “There are decades where nothing happens and there are weeks where decades happen.” This was one of those weeks. The air raid sirens are blaring again.

Tim Judah is the author of ‘In Wartime: Stories from Ukraine’ (Penguin)

IT failure forces BA to halt short-haul flights from Heathrow