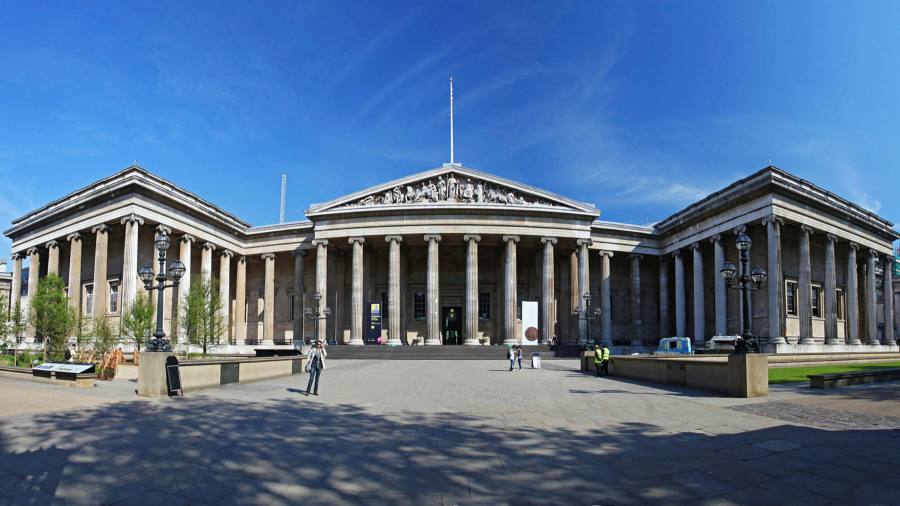 Plans are being drawn up for a £ 1bn renovation of the British Museum, with chair George Osborne looking to raise funds for an extensive modernization of one of the UK’s most popular cultural institutions over the next decade.

The work would involve replacing the mechanical, electrical and plumbing systems in the 170-year-old museum, and refurbishing public galleries, said three people involved in the process.

The age and size of the building in Bloomsbury, central London, is expected to present plenty of challenges within the anticipated budget, said one person with knowledge of the plans. “It is of a similar scale, complexity and age to the Palace of Westminster and it needs similarly radical attention,” he said.

The restoration of the Palace of Westminster – the official name of Britain’s parliament – was originally costed at about £ 4bn, but a recent report in the Sunday Times said the work was expected to go way over budget.

The renovation work on the British Museum was expected to cost around £ 1bn, according to the three people. Even so, the spending would substantially exceed the costs of previous UK museum refurbishment projects.

Osborne, a former Tory chancellor who was appointed chair of the museum last year, will be responsible for raising the money. The funding is expected to come from a mix of government grants and private sources, the three people said.

“The Treasury gets the idea that if they pay for the back of house, then private donors will be hungry to do the rest,” said one.

The work is part of the so-called “Rosetta Project”, conceived by museum director Hartwig Fischer, which includes galleries focusing less on European history and more on artefacts from Africa and South America. The project is being overseen by a committee made up of current and former board members of the museum.

“The whole museum needs an enormous refurbishment. The roof is falling apart, the mechanical system is falling apart. The galleries are not properly heated, and that’s before you get on to the sustainability aspect, ”said one of the three people.

“The first priority is the mechanical system, the energy supply. The current system is so old it could be dragged out as an antiquity and placed in the museum, ”he added, estimating that work alone could take two years.

But any push for government funding will face challenges given the strains put on public finances by the coronavirus pandemic, as well as the Conservative government’s commitment to focus investment outside the capital as part of its leveling-up agenda.

Earlier this week Michael Gove, the leveling-up secretary, said the recent funding increase to Arts Council England should be spent outside London.

Sir Charles Saumarez Smith, former chief executive of the Royal Academy and ex-director of the National Gallery, suggested tapping the National Lottery. “If the government is serious about maintaining Britain’s international role then it should consider devoting one stream of the lottery to the renovation of the major national museums, including those in the regions as well as the British Museum.”

The British Museum vies with the Tate Modern to be the UK’s most visited cultural institution, with both attracting around 6mn visitors in 2019, according to the Association of Leading Visitor Attractions.

The British Museum confirmed it was looking to secure an “optimal mix” of investment from public and private sources but said the budget and timeline of the project was “unfamiliar to us.”