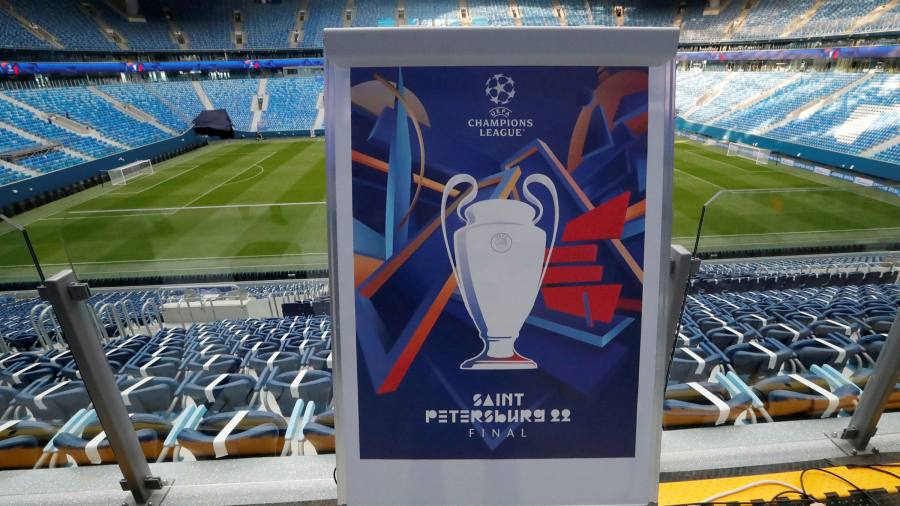 Paris will host the Champions League final, the most prestigious game in club football, after French president Emmanuel Macron intervened to find an alternative to St Petersburg in the wake of Russia’s invasion of Ukraine.

European football’s governing body said on Friday that the match would be played at the Stade de France in Saint-Denis on May 28, following the “grave escalation of the security situation in Europe”.

Uefa had come under intense pressure from politicians and fans to switch the final from the Krestovsky Stadium, which is known as the Gazprom Arena. Gazprom, the Russian state energy company, has a longstanding partnership with Uefa.

The governing body thanked Macron for “his personal support and commitment” to have the match moved to Paris “at a time of unparalleled crisis”.

Nadine Dorries, UK culture secretary, welcomed Uefa’s decision and said “Russia must not be allowed to exploit sporting and cultural events on the world stage to legitimize its unprovoked, premeditated and needless attack against a sovereign democratic state”.

Russia was due to host Poland in a crucial World Cup 2022 qualifying play-off match next month, although it is unclear where that game will now take place.

Although Uefa confirmed the decision to move the final, it made no mention of its sponsorship deal with Gazprom, which receives prominent advertising space during Champions League matches.

Broadcasters of the Champions League have raised concerns with Uefa amid the escalating war in Ukraine, according to people with knowledge of the matter.

“As part of our Uefa contract we are obliged to show the Uefa Champions League sponsor bumpers which are provided to us by Uefa,” the broadcaster BT Sport said.

DAZN, the sports streaming platform, said: “Commercials from various Uefa sponsors are shown as part of our Uefa Champions League broadcasts. DAZN has no control over these. ”

Gazprom’s partnership with Uefa, which began in 2012, was renewed last year and is in place until 2024. The deal was worth about € 40mn a season to Uefa from 2018-21, according to an estimate by SportBusiness Sponsorship, the data and research group .

German football club FC Schalke 04 said on Thursday it would remove the Gazprom logo from its shirts.

The UK also included Aeroflot, one of Manchester United’s global partners and the Premier League club’s official carrier, on a sanctions list released this week, banning the airline from UK airspace.