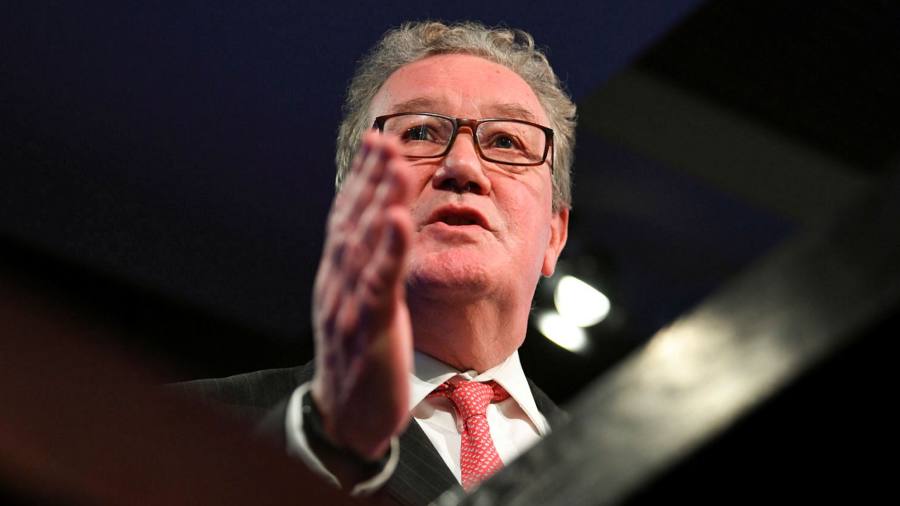 The government’s appointment of an architect of Australia’s policy of turning back migrant boats to oversee a review of UK Border Force has sparked a backlash from the organization’s unions.

Home secretary Priti Patel said on Thursday that the review by Alexander Downer would look at the “structure, powers, funding and priorities” for the border agency, which was formed in 2011 to bring together previously separate customs and immigration control functions.

However, the appointment of Downer, a former Australian Minister for Foreign Affairs, has angered Border Force’s trade unions because of his robust support for Australia’s widely criticized immigration policies.

In an article in September in the Daily Mail, Downer argued that the UK should follow Australia’s lead by introducing a policy of forcibly pushing back boatloads of clandestine migrants crossing the English Channel.

Downer was also a keen proponent of Australia’s now-abandoned policy of sending clandestine migrants to small Pacific Island nations to await the outcome of their asylum applications.

Patel has argued both for pushing back migrant boats in the English Channel and for the UK to send would-be asylum seekers overseas while their claims are reviewed.

At least 28,300 people made successful clandestine crossings of the English Channel to claim asylum in the UK in 2021, three times the previous record of 8,460 for 2020.

Border Force unions have resisted the idea of ​​turning around the small dinghies used to cross the waters between Britain and France, arguing that to do so would breach international maritime law.

The boats used to sail from Indonesia towards Australia are far larger and less likely to sink on contact with a coastguard vessel than the dinghies used in the Channel.

The nationality and borders bill currently making its way through parliament would allow the UK to send arriving asylum-seekers to a third country to await processing of their claim for refugee status.

But, although a number of potential sites for such a center have been mentioned, including Morocco, Turkey, Rwanda, Ghana, Gibraltar, the Isle of Man and Albania, none has said it is willing to host such a site.

“It does come down to a purely political appointment to pursue a personal agenda,” Moreton said.

She added that she would expect Border Force to continue to abide by the law, which as she understood it did not permit pushbacks at sea at present.

The PCS, another Border Force union, said it was “deeply concerning” that the home secretary was hiring Downer to conduct the review.

“He was a prime architect of Australia’s inhumane immigration policy and his support for pushback recently makes him a wholly inappropriate choice to lead this review,” the union said.

The Home Office said the review would take “several months” to complete. Patel said that since Border Force’s formation its remit had grown to meet the growing threats the UK faced.

“The public rightly expects this work to be carried out to the highest possible standard, which is why I have ordered this review of Border Force to identify ways in which it can keep improving its operations,” she said.