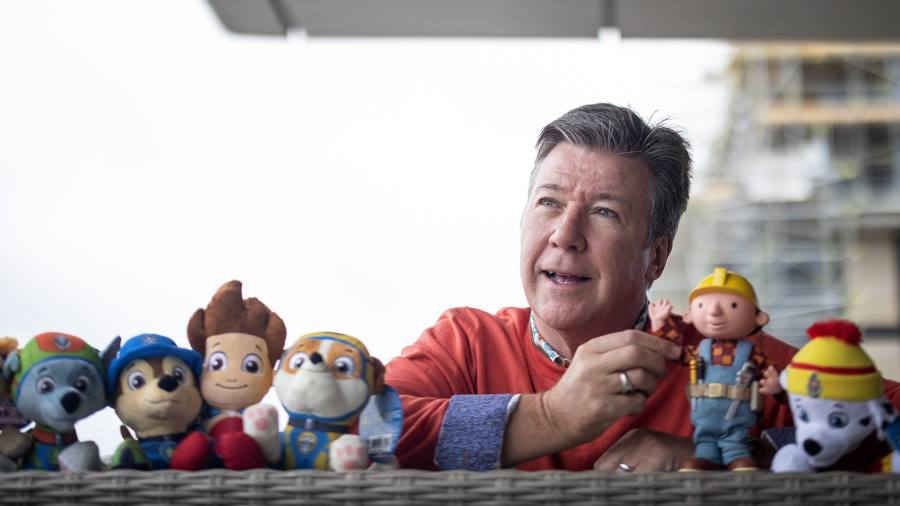 When interviewing Keith Chapman, the British creator of global hit children’s TV show Paw Patrolthere could only be one killer question: which puppy is your favorite?

Admittedly this was a question posed by an eight year old (my son), who is one of the millions of children who have grown up watching Netflix and has a near addiction to the dayglo world of Ryder – the 10-year old boy who is the Paw Patrol leader – and his gang of puppies with oversized eyes.

Chapman’s canine empire – which now spans a hit movie, live shows, video games and a vast selection of merchandise – has given him an unexpectedly successful second act as a children’s TV creator.

To date, the franchise has generated $ 12bn in total, says Basildon-born Chapman, 63, who now lives in Monaco. “Basically more than Steven Spielberg’s entire movie catalog. Paw Patrol is phenomenal. . . a one off. ”

It has easily beaten Chapman’s previous creation: the early 2000s kids’ TV powerhouse Bob the Builder. This also spawned a franchise empire, even spinning off a song voiced by British actor Neil Morrissey that reached number one in the UK and Australian charts.

But the 2008 financial crisis – and a costly divorce – found him needing to do it all over again in a much-changed media landscape.

While his characters are recognized around the world, Chapman himself has kept a relatively low profile. That said, he has built several production companies and helped create hundreds of jobs and billions of dollars in revenues through his shows. 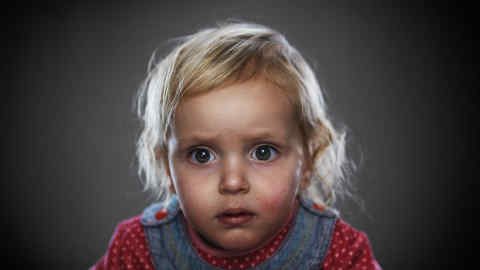 Chapman, who went to art college, was working in advertising when he saw an advert to work for Muppets creator Jim Henson in London. It was during the heyday for Henson’s creations in movies such as The Dark Crystal spirit Labyrinthand on TV shows such as The Muppet Show spirit Fraggle Rock.

When Henson moved back to the US in the late 1980s, Chapman returned to advertising. While walking out of his house one day he spotted a JCB – a bright yellow construction digger.

“I just thought that would make a really cool character. If you gave him big eyes. . . then some mates, a steamroller, a crane and a cement mixer. And some human characters like a father figure to look after because they were like the naughty kids. ”

He pitched it to Peter Orton, a former colleague who had bought out Henson International Television (HIT). First there was a toss up about whether Bill or Bob should be the name of the lead character. “I went for Bob and I pitched it in and thank God they optioned it straightaway.”

Two years later, at Christmas 2000, “Bob beat Westlife to the number one [slot] ”. For Chapman, this is the measure of success: the viewing figures of a show need to be seen alongside the commercial rewards of the wider franchise. Without one, he says, the other will not work.

It’s easy to denigrate the commercial side. But I learned long ago that unless you have that you do not have a business. . . It’s got to be big. I do not just think about just a TV show. It’s got to be creating a brand

Bob the Builder made HIT Entertainment a “ton of money” in merchandising, he says. As creator, Chapman receives royalties on the brand, but did not get the same windfall.

“Bob was probably the one that really changed things. Everybody opened their eyes to just how big these businesses can become. Everybody got very rich apart from me, [but] I did very well so I’m not complaining. ”

Chapman formed his own company, Chapman Entertainment, and started a production line of cartoons such as Roary the Racing Car. His company invested £ 9mn in TV shows like Raa Raa the Noisy Lion but this led to difficulties when the financial crisis hit.

“The banks were alarmed by people going bankrupt and not repaying their loans, and they suddenly called in our overdraft. The merchandising income had dried up because people were not spending so much on toys. The bank called in their loan but we could not quite repay it. Sadly, we went into administration. ”

Chapman was left alone in an empty office, having been forced to lay off all his staff. Chapman Entertainment was sold first to Classic Media and then to DreamWorks.

He needed to start again – and put his pen to work. Canadian toy maker Spin Master had started to hunt for a show that would show off its “transforming” technology in 2011. Chapman played around with the idea of ​​dogs rescuing people.

The plot of Paw Patrol normally involves an accident or emergency in which a team of playful dogs use their different talents and (easily manufactured) vehicles to save the day. Lessons are learnt; quips are shared; credits roll.

Nickelodeon almost instantly picked up the show. “Within a couple of years, it became the most popular pre-school show in the world.”

For Chapman, toy makers such as Mattel – which now owns HIT – and Spin Master are a natural home for these TV shows. As many parents have suspected when being dragged down the aisles of a toy store by overexcited children, the plastic merchandising often drives the ideas about what should be in the program.

This is a change from the 1980s when he worked for Henson, whose shows made fortunes from being sold on primetime TV. Now the spread of media streaming platforms means that there are not just many more shows, but many more places to watch those shows.

But he says that creating global TV success is now much harder than when Bob the Builder broke through two decades ago. “There are so many more studios, animation studios, designers, creative people, from all over the world now, trying to crack it. They’re all pitching to the same broadcasters. “

Walt Disney and Jim Henson. They certainly inspired me to want to create my own TV shows and movies.

If you were not a writer / creator, what would you be?

A painter (not a painter and decorator!)

Always give credit to the team you work with. Everyone is important in the creative process.

Children too are bombarded with content, often lost behind subsections of streaming services such as Netflix. Fewer children are now happy to wait to watch their favorite show at a set time. “You can still break through but you need a bit of magic dust. Kids just seem to find it, mums will start talking about it. Suddenly you’ve got one of those breakout hits. ”

He says the UK’s ownership of the BBC – whose commercial freedom means it can take risks and experiment more than the US streaming services – is also important. The BBC was the first to show Bob the Builderand produces its own hits such as Teletubbies spirit In the Night Garden.

He worries that the UK government will undermine the BBC for political ends. “We need the BBC, it’s almost a rock that everybody can go back to.”

To cut through requires bravery, he adds, to differentiate from cartoons coming from Asia and Europe. Creativity is also key, and thinking like a preschooler helps.

He remembers having to resist attempts by US networks to silence the talking vehicles in Bob the Builder.

“You have to put your mind into that of a three year old. To them, it’s perfectly possible to talk to an engine – they do it all the time and you just have to watch them, ”he says.

“Rubble. I think my favorite character is Rubble. I love that little bulldog character, I love the voice, ”he says, answering my son’s Paw Patrol question.

Green investing: the risk of a new mis-selling scandal