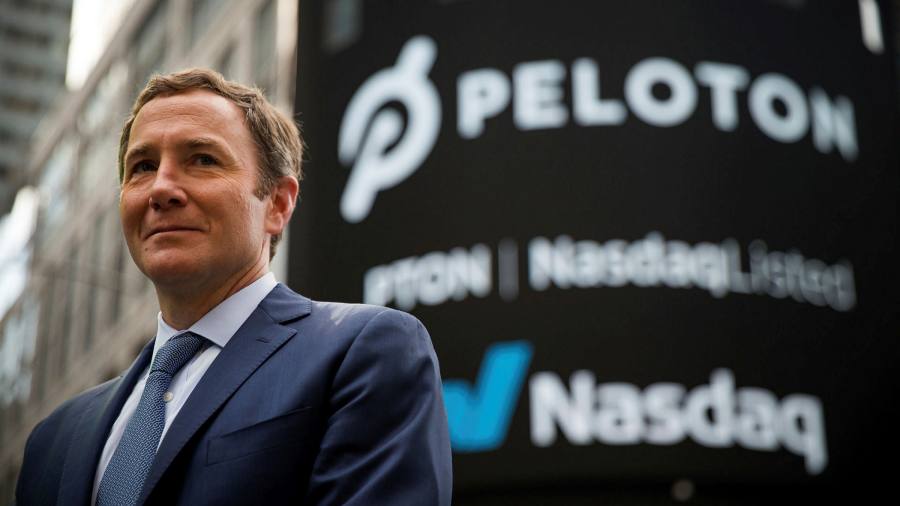 Peloton co-founder John Foley has sold about $ 50mn of stock to Michael Dell’s family office, MSD Partners, in his largest stake sale coming just weeks after he stepped down as the connected fitness company’s chief executive.

Foley stepped back early last month after Peloton lost more than 80 per cent of its market value in roughly a year. The peloton hired Barry McCarthy, a veteran of Netflix and Spotify. to take over as chief executive, while Foley became executive chair.

The purchase of 1.9mn shares directly from Foley is the first investment in Peloton by MSD Partners, which manages $ 20bn in assets.

“Peloton is an exceptional brand and MSD Partners is pleased to have this opportunity to back Barry McCarthy and the Peloton team as they position the business for long-term growth,” Gregg Lemkau, chief executive of MSD Partners, told the Financial Times in a statement.

Foley sold the shares at $ 26 a piece, a price far below its share price peak of more than $ 162 in late December 2020, according to a regulatory filing published Wednesday by the Securities and Exchange Commission. The sale marks the first time Foley has sold shares below $ 29, the price at which it went public in September 2019.

“This decision to exercise some stock options and sell those underlying shares in a private sale to MSD Partners, was John’s decision, based on his own financial planning,” Peloton told the FT.

Several top Peloton executives had borrowed against their shares last year to cash in on its stock price gain without incurring a steep tax bill. When Peloton shares slipped 40 percent in November, some faced margin calls. Peloton declined to comment on the reason for Foley’s sale.

Foley had pledged 3.5mn of his shares as collateral with a bank for personal loans, according to an October proxy statement.

Before stepping aside as chief executive, Foley’s management of the company drew criticism from Blackwells, an activist investor, who accused him of “unbridled optimism” that led to uncontrolled costs and bloated inventories.

Blackwells also noted that Foley has sold nearly $ 100mn of shares in 2021, which they dubbed “excessive,” adding that pledging shares could lead to forced stock sales. . . and accelerate a downward spiral in the stock price. ”

Peloton shares rallied by more than 50 per cent in early February as the FT and others reported that companies including Amazon and Nike were tentatively evaluating a possible bid for the company. But the stock has given up most of those gains since McCarthy told the FT that he had not joined the company with the intention of selling it.