Peter Thiel plans to leave board of Facebook owner Meta 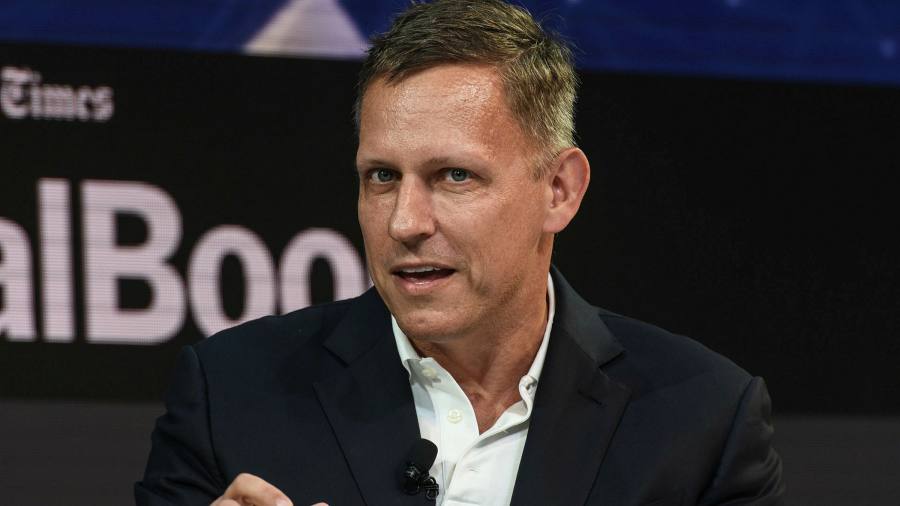 Peter Thiel will not seek re-election to the board of Facebook’s owner Meta later this year, the social media group said on Monday

Thiel, a billionaire tech investor and Silicon Valley’s most prominent supporter of former President Donald Trump, took the decision in order to focus on “political endeavors” and “avoid being a distraction for Facebook”, said a person familiar with his thinking.

Thiel intends to focus his support on Republicans aligned with Trump’s agenda, such as Blake Masters and JD Vance, who are seeking election to the Senate in the 2022 midterm elections, the person said.

“It has been a privilege to work with one of the great entrepreneurs of our time. Mark Zuckerberg’s intelligence, energy, and conscientiousness are tremendous, ”Thiel said in a blog post from the company. “His talents will serve Meta well as he leads the company into a new era.”

Thiel, a close confidante of chief executive Zuckerberg, was the first outside investor in Facebook, and has sat on the board since 2005. He has made more than $ 1bn from selling its shares.

But Thiel’s presence on Facebook’s board has long been considered controversial by some because of his political affiliations – especially as the social media company has been criticized over how it handles political speech and misinformation. Republicans have accused it of censoring conservative voices, while Democrats argue it does not adequately police content.

According to a report from the Wall Street Journal, Thiel helped foment divisions on Facebook’s board after lobbying Zuckerberg to continue to run political advertising, and not fact check those adverts, ahead of the 2020 election. Zuckerberg resisted public pressure to fact-check political ads but eventually placed a temporary ban on political advertising around the election to curb the spread of misinformation.

Facebook also banned Trump from the platform last year for repeatedly breaching its rules over violent speech and misinformation, in the wake of the January 6 assault on the Capitol.

“Peter has been a valuable member of our board and I’m deeply grateful for everything he has done for our company,” Zuckerberg said in the statement. “Peter is truly an original thinker who you can bring your hardest problems and get unique suggestions.”

The news comes just a week after the company lost more than $ 200bn in market value after reporting falling profits and user numbers in its latest earnings report.

Thiel, 54, in 2016 gave more than $ 1mn to pro-Trump groups and has been supporting the Republican Party throughout 2021, donating about $ 86,000 to the National Republican Congressional Committee and Republican leadership committees.

He has also recently become a major donor to a new, younger crop of rightwing populists, some of whom are part of his venture capital network.

These include Masters, who also runs Thiel’s multibillion-dollar tech investment firm, Thiel Capital, as well as his non-profit Thiel Foundation, and is currently running for a U.S. Senate seat representing Arizona. Last year Thiel gave $ 10mn to a political action committee supporting Masters, plus $ 5,800 directly to his campaign.

Thiel also donated $ 10mn to a committee supporting Vance, an author and venture capitalist, for his Senate race in Ohio, and $ 3,000 directly to Vance’s campaign. Vance used to work as a principal for Mithril Capital, another venture capital group that Thiel co-founded.

The Thiel-funded committees have not been afraid of aggressive campaign tactics. Last September the Saving Arizona committee launched its first television advertisement, excoriating Mark Brnovich, the Republican attorney-general, for certifying Joe Biden’s electoral victory in the state in 2020.

Masters and Vance have been critical of Big Tech, and have singled out Facebook for “election meddling”.

Separately, Thiel faced scrutiny last month following a report that Founders Fund, another venture capital group he co-founded, had invested in a company claiming to have developed a way to hack Meta-owned encrypted messaging app WhatsApp.