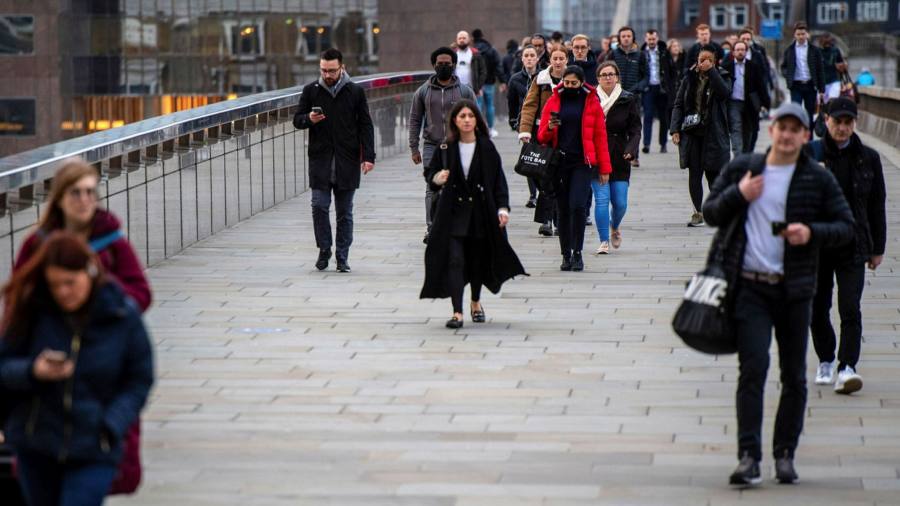 Britain’s largest provider of long-term savings is pushing the government for changes that will lead to millions of young people paying more for their pensions.

According to existing rules, more than 10 mill. Workers who have been automatically enrolled in occupational pension schemes are not charged more than 0.75 per cent in annual management fees on their pension investments. Savers pay the same rate regardless of age.

But Phoenix, which has £ 300 billion. assets under management, says a higher ceiling may be more “appropriate” for younger savers.

“We believe that some members who are heading towards the start of their retirement journey are likely to be able to take more investment risk than those who are much closer to retirement age if it fits their risk profile,” Mike Eakins , chief investment officer of the Phoenix Group, told the Financial Times.

Phoenix did not specify its preferred level of a ceiling for young savers, but its proposal – submitted to a government hearing – would involve younger savers investing in so-called illiquid assets, such as infrastructure, private equity and venture capital, which are more expensive due to performance fees and administration costs. Fees will be reduced as savers get older and switch to cheaper and less risky assets, such as bonds or cash, in a process known as ‘lifestyle’.

“These (young) members can benefit from fees becoming lifestyle-oriented so that they can invest in a wider range of asset classes than what is typically available to them to invest in, which has the potential for higher return on investment,” Eakins added.

Telling younger savers that they are being charged more for their pensions than their older counterparts sends a terrible signal to a generation that we always tell should save more.

Phoenix’s proposal is linked to a government push to unlock billions of pounds in pension fund cash for investment to help recover from the pandemic and “level up”. The Department of Labor and Pensions is currently consulting on reforms of the pension tax ceiling to encourage broader investment in illiquid assets, where performance fees are typically charged.

In addition to a more flexible fee ceiling, Phoenix says there is a need for reform of performance fees, such as a refund of those fees this year, where returns are poor.

The DWP said: “The government is carefully reviewing all consultation responses and will respond formally in due course.”

For example, a 22-year-old who pays fees of 1 percent over a 46-year period will pay around £ 80,000 more compared to a fee of 0.5 percent, all else equal to return on investment, according to analysis from the Pension Policy Institute (PPI) .

“The fact that higher fees would be applied to retirement savings for younger people means that the detrimental effect of these high fees will be exacerbated over time,” McAteer said.

“So even more value will be gained, which means they will have to put more aside to offset the impact of these higher fees.”

Steve Webb, a former pension minister, said the government “should be wary of any particular prayer” to justify exemptions from the tax cap.

“Especially telling younger savers that they are being charged more for their pensions than their older counterparts sends a terrible signal to a generation that we always tell should save more,” said Webb, now partner with LCP, the actuarial consultants. “I hope the government will stand firm on this issue.”