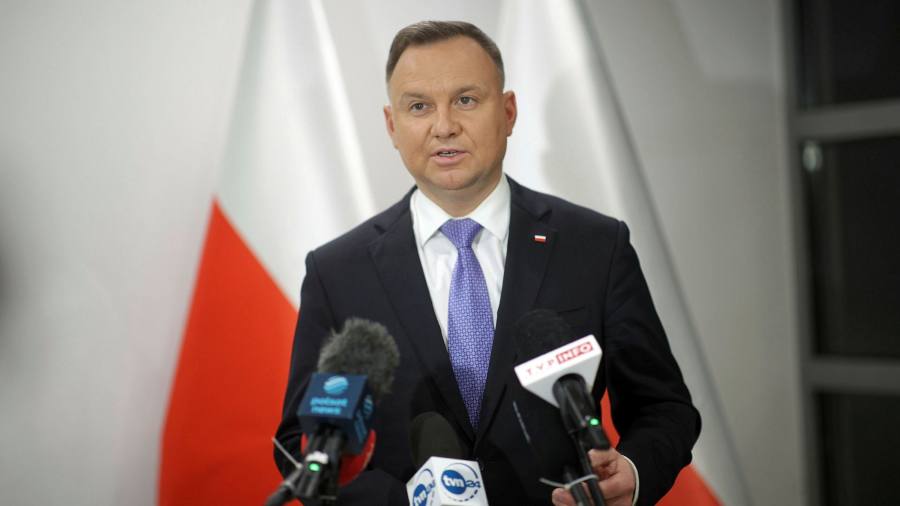 The Russian military menace against Ukraine is forcing EU capitals to close ranks – and not just on how to respond if Moscow proceeds with fresh aggression against Ukraine. It has also spurred neighboring Poland, which has watched Moscow deploy over 30,000 troops to its neighboring Belarus, to begin mending fences with Washington and Brussels over its judicial reforms and clampdown on independent media.

Earlier this month, President Andrzej Duda put forward a bill to scrap a disciplinary chamber for judges, one of a number of reforms introduced since 2015 by the ultraconservative Law and Justice government which critics say amount to exerting political control over the judiciary. The disciplinary chamber was also the main bone of contention in a bitter legal and political row between Brussels and Poland over the rule of law and the power of the EU to uphold it in member states.

“We do not need this fight,” Duda said.

It was a climbdown from the rhetoric the Polish leadership has deployed in recent months to defend its sovereignty against what it sees as a liberal-left EU establishment. It comes after Duda in December vetoed a law that would have allowed Warsaw to take over an independent TV channel which has been critical of the government. The law had been criticized by Washington, whose unequivocal support Warsaw now needs.

Poland has also settled a case about a polluting coal mine on the border with the Czech Republic. It had defied a European court order to halt operations at the mine – earning a fine of € 500,000 a day. It will now pay Prague € 45mn in compensation.

There had been some speculation that Law and Justice would not support Duda’s move and that the president, an ally of the party, had gone out on a limb. But the party last week tabled its own bill to overhaul the disciplinary regime.

We need to concentrate on security issues. Better relations within the EU will serve all of us.

So is this a white flag from Warsaw? Not exactly. It is unclear whether the government will follow through with the necessary legislation. Zbigniew Ziobro, the justice minister, who leads a hardline junior party in the coalition government, may not support it, imperilling the government’s slender majority.

“If we accept [Duda’s] bill it will allow the EU to interfere in our judicial system directly, ”said Sebastian Kaleta, deputy justice minister. The ministry is working on other reforms that would raise a red flag with Brussels.

“On one side the ring is Duda and on the other is Ziobro. The rest is just collateral [damage]”Said Tadeusz Koscinski, a technocrat who was ousted as finance minister last week.

The second caveat is whether the proposed legislative changes really address the underlying problem.

Adam Bodnar, Poland’s official ombudsman who has defended purged judges, said Warsaw’s proposed concessions would not solve the problems of the politically controlled appointments body – the National Council of the Judiciary – or of the status of the many judges loyal to the ruling party that the NCJ has installed.

“If the EU accepts this arrangement, it will not have any arguments for continuing the fight,” Bodnar said.

The European Commission may conclude Poland has moved enough to cut a deal, including approval of its bid for € 36bn in EU recovery funds. But the European Parliament and the European Court of Justice will keep up the pressure on Warsaw.

Even if there is a truce on rule of law issues, Warsaw is preparing for other fights, especially EU-mandated reductions in carbon emissions which will be tough on coal-dependent Poland.

“The cost of climate policy will be the beginning of the Polexit process,” said Janusz Kowalski, an MP from Ziobro’s party. Kaleta said the government was drawing up legal arguments to veto parts of the emissions cut plan.

For now, though, Warsaw is focused on Russian aggression. “We need to concentrate on security issues. Better relations within the EU will serve all of us, ”Marcin Przydacz, deputy foreign minister, told the FT.

“The fewer divisions and front lines we have open the better. This is an olive branch. Let’s sit down and find a way to deal with that. ”