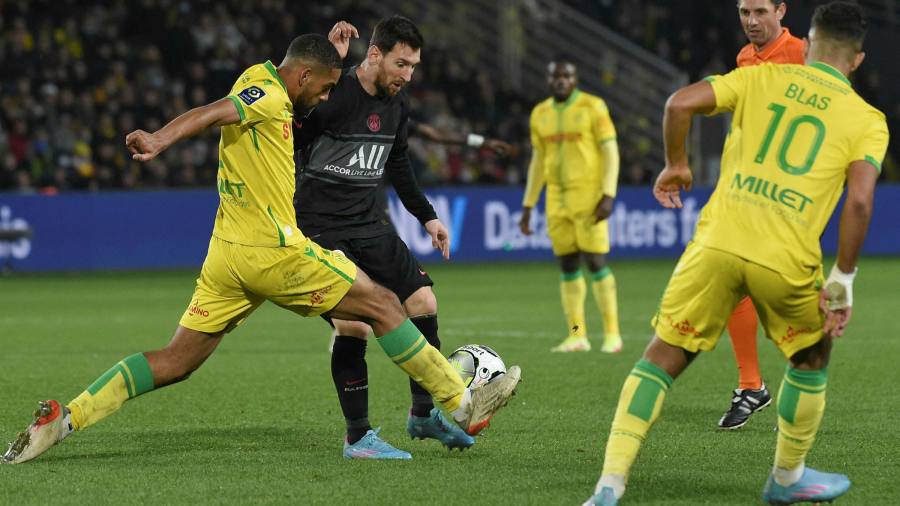 Formal bids for a € 1.5bn deal with France’s Ligue 1 are being prepared by private equity groups CVC Capital Partners, Hellman & Friedman, Silver Lake and Oaktree Capital, as the country’s top football league seeks to recover from a disastrous spell that has left many of its clubs with financial problems.

Ligue de Football Professionnel is selling a stake in a newly created company that will market its TV and online broadcast rights, in an auction that has drawn the attention of buyout groups at a time when many are increasingly keen to strike sport deals.

More than 10 private equity groups submitted early-stage, non-binding expressions of interest in December, said people familiar with the process, a group that has now been whittled down to a handful of rival bidders that will submit offers by a deadline of March 9.

It would be the first European league deal since Spain’s La Liga agreed a € 2bn financing deal with CVC Capital Partners. That move won clubs’ backing in December despite objections from Barcelona and Real Madrid, two of the country’s most successful clubs, which made a last-ditch attempt to derail it and were eventually given an opt-out.

Buyout group EQT had looked at the deal at an earlier stage, but is no longer involved, people close to the matter said. Italy’s Serie A and Germany’s Bundesliga have both considered selling stakes to private equity groups, but talks on both transactions have since collapsed after opposition from some clubs.

The LFP’s move marks an attempt by its president Vincent Labrune to turn around the game’s fortunes after the pandemic. The league is seeking a € 1.5bn cash injection, which would be used to funnel fresh funds into its clubs. It is asking bidders to specify how large a stake they are seeking in exchange for that sum, rather than to compete on price.

The league could sell as much as 15 per cent of the new company holding the media rights, people close to the process said. That would value the company at about € 10bn, about 13 times its 2019 earnings, one of the people said.

Ligue 1, Europe’s fifth-largest by revenue, was plunged into crisis in 2020 when its broadcast partner Mediapro stopped paying installments on its € 780mn annual TV rights deal.

That forced the league to take on debt, including a € 225mn state-backed loan, and to resell the rights until the end of the 2023-24 season in a fresh auction that was won by Amazon.

The pandemic also led to steep falls in ticket, merchandise and sponsorship revenue for football clubs as lockdowns forced matches to be played in empty stadiums.