Putin says US has not met Russian demands over Ukraine 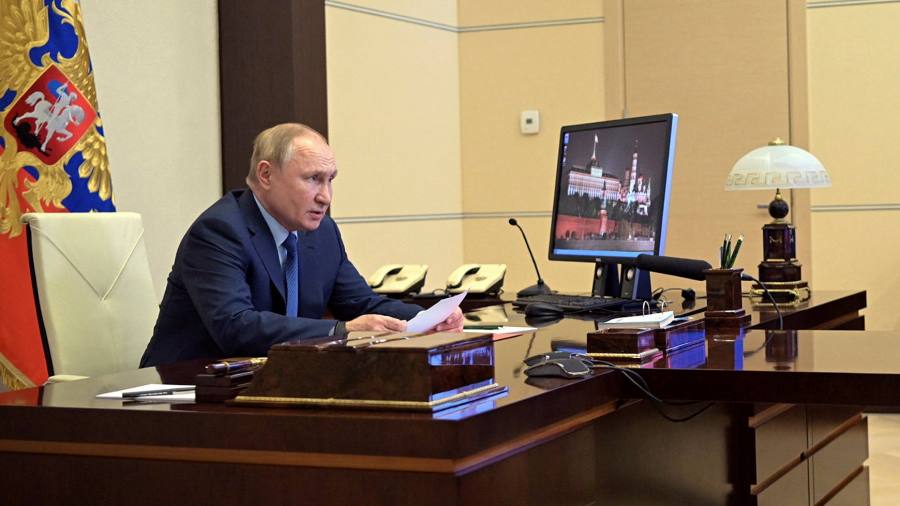 Russian President Vladimir Putin said on Friday that Washington’s response to Moscow’s security demands had been inadequate, signaling that a diplomatic resolution to tension between Russia and the west over Ukraine remained a long way off.

In comments made on a phone call with his French counterpart Emmanuel Macron and reported by the Kremlin press service, the Russian leader said Washington’s written responses, delivered last week, had ignored Moscow’s demands to roll back the expansion of the NATO security alliance, which Putin sees as a significant threat.

“Attention was drawn to the fact that US and NATO answers did not take into account such fundamental Russian concerns as the prevention of NATO enlargement,” the Kremlin said in a statement, summarizing Putin’s comments to Macron.

In Paris, however, a senior French official said Putin told Macron “he was not looking for confrontation”.

Putin had expressed no aggressive intentions and both sides refrained from threats while focusing on the need for further dialogue in the so-called Normandy format that also includes Germany, in order to resolve the crisis in eastern Ukraine where Russian-backed separatists have seized control, the official in Paris said.

The two leaders spoke as Volodymyr Zelensky, Ukrainian president, urged the US and other western backers to tone down public warnings of an imminent full-blown Russian invasion on fears that it would destabilize his country’s economy.

“We do understand what the risks are,” Zelensky said at a press conference where he added that “we do not see a bigger escalation” than last spring when Russia’s military build-up started. “We do not need this panic,” he said.

In the UK, a spokesperson for Downing Street on Friday night said that Prime Minister Boris Johnson “is determined to accelerate diplomatic efforts and ramp up deterrence to avoid bloodshed in Europe. He will reiterate the need for Russia to step back and engage diplomatically when he speaks to President Putin this week. “

Zelensky urged western backers to help Kyiv plug financial gaps of up to $ 5bn as the risk of war has made it difficult to access markets. “We can not handle this alone. We have to take money out [of our reserves] and stabilize our currency. It’s a very expensive price to pay, ”Zelensky said.

The US and NATO answers to Russia’s demands, criticized by Putin, were presented to the Russian foreign ministry in person last week by the US ambassador to Moscow.

The US and NATO told Moscow they were committed to keeping the transatlantic alliance open to new members, rebuffing the central Russian demand. Russian officials said the responses left “little cause for optimism” but suggested a conversation would continue “on secondary issues”.

Russia has more than 100,000 of its troops deployed around the border with Ukraine, raising fears that tensions could spill over into full-blown war in Europe.

Russia presented its demands for security guarantees to the US and NATO in December last year, ahead of a string of diplomatic meetings between the two sides this month that revealed few areas of compromise.

The draft proposals aim to redraw the security map of Europe, demanding guarantees from the west that Ukraine should never become a member of NATO and that the security alliance should roll back deployment in states that joined after 1997.

These demands, Putin told Macron, were not taken into account.

Another key question, also ignored, the Kremlin said, was “how the United States and its allies intend to follow the principle of the indivisibility of security, which is enshrined in the basic OSCE and NATO-Russia documents, stipulating that no one should strengthen their security at the expense of the security of other countries. ”

The two leaders agreed to keep talking. “It was agreed to continue the Russian-French dialogue on the whole range of European security issues,” the Kremlin said.

Macron, who recently launched a plan for “a new security and stability order” in Europe, has been engaged in a “strategic dialogue” with Putin since 2019 despite criticism from some of France’s allies and European partners that it has been too accommodating towards the Russian leader.