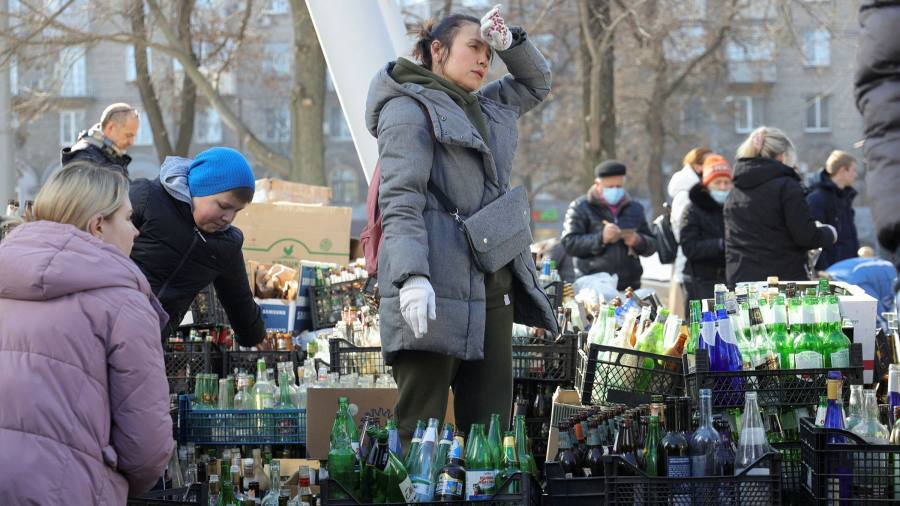 Ukrainians are displaying exceptional courage as they withstand the onslaught of Vladimir Putin’s forces. By day four of the assault on Sunday, Russian troops had taken control of no large population centers. The Russian-speaking second city of Kharkiv and the capital Kyiv were resisting. Western democracies have meanwhile found the will to impose sanctions of unforeseen severity, targeting Moscow’s central bank reserves and barring some lenders from the Swift messaging system. The Russian president’s plans for a walkover have been confounded.

Putin’s war looks ever more of a miscalculation. Yet that could make him more dangerous. On Sunday, even as his Ukrainian counterpart Volodymyr Zelensky agreed to talks on the Belarus border, Putin put his strategic nuclear forces on special alert.

The intensity of Ukraine’s resistance reflects in part the rebuilding of its military since 2014. This is no longer the resource-starved, raggle-taggle force caught off guard by Russia’s aggression in Crimea and Donbas. Kyiv governments since then have invested in it, and western allies helped to train it. Anti-tank and anti-aircraft missiles supplied by some foreign partners have assisted in slowing Russia’s advance and ability to take control of the skies.

The defiance shows, too, the spirit of Ukraine’s people. It confirms the sense of national identity that has solidified from the Ukrainian-speaking, Europe-leaning west deep into the Russian-speaking east. Ukrainians are displaying great bravery, from civilians mass-producing Molotov cocktails to border guards responding with a Russian expletive to a Moscow warship demanding their surrender. Through efforts such as a hotline for families of killed and captured Russian soldiers, they are evincing a common humanity. Their comic-actor president has emerged as an able and inspiring war leader, refusing to flee the capital.

Shocked by Putin’s aggression, and shamed perhaps by their failure to do more to avert it, international democracies are finally responding with punitive financial and economic measures, and dramatic shifts in policy. Germany has dropped its longstanding refusal to export arms to conflict zones to enable it to supply Ukraine, and pledged a huge boost to military spending. Central bank and Swift sanctions are a big step towards shutting Russia out of the global financial system. Russians were on Sunday queuing at banks and ATMs to withdraw cash.

Ukraine’s military still faces overwhelming odds. But every day it holds back Putin’s forces multiplies the costs that Russia will bear. Prolonged wars are expensive, and the unexpected vigor of the Ukrainian resistance amplifies the effects of western financial sanctions. This, though, entails new risks. One is that a collapsing ruble and spiralling prices could spark a backlash among Russians who never sought this war – against not Putin, but the west. Communications aimed at cutting through state propaganda to reach ordinary Russians are vital.

Another fear is that slow progress in Ukraine will prompt Putin to order his army to use its more terrifyingly destructive weapons, against civilians too. Or Russia’s president, feeling cornered, could be tempted to lash out beyond Ukraine. Placing his nuclear forces on alert, aiming to intimidate the west, is a dangerous escalation by a leader who has made Russia’s nuclear doctrine more threatening since the Soviet era. Yet a swift subjugation of his neighbor would have raised the risk, too, that an emboldened Putin might try to go further. The world is living through a perilous moment. Ukrainians are offering it a lesson in fortitude.