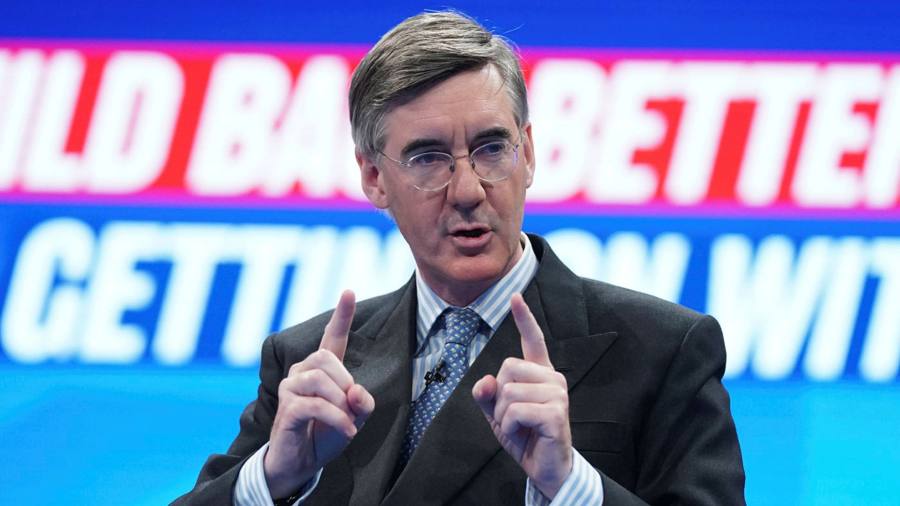 Jacob Rees-Mogg, Brexit opportunities minister, has called for a rapid rewriting of legacy EU financial rules to create an “investment big bang” in Britain, as fears grow in Whitehall that Brussels has secured a head-start.

Rees-Mogg said the so-called Solvency II rules, adopted in 2016 while Britain was in the EU, were “ripe for reform”, but change has been delayed by a wrangle between ministers and regulators.

Ministers believe a looser regulatory regime would allow insurance companies to invest billions of pounds more in infrastructure and green energy projects, such as offshore wind.

“Solvency II puts the UK market at a competitive disadvantage and it is ripe for reform,” said Rees-Mogg, who was charged with exploiting Brexit “opportunities” in this month’s mini-cabinet reshuffle.

But Rees-Mogg is said by allies to be concerned that Britain is moving so slowly that it has been taken over by Brussels, which has already published proposals to change the Solvency II regime.

Last September, the European Commission proposed draft rules that it claimed would provide a short-term capital boost of up to € 90bn for Europe’s insurers, which it hoped would fund long-term investments.

The plan is now subject to discussion among member states.

Solvency II reform is expected to feature in a financial services bill, scheduled for inclusion in this year’s Queen’s Speech, according to government officials.

Andrew Bailey, governor of the Bank of England, said in a speech this month that “the case for reform is clear” in relation to Solvency II. But the regulator has also previously warned against a reform that “materially decapitalises the insurance sector”, increasing risk for policyholders.

Insurers have also expressed concerns about the risk of Britain moving more slowly than the EU on reforming financial regulations.

Writing on his final day as director-general of the Association of British Insurers in December, Huw Evans said in a blog that insurers could face a “Brexit penalty” rather than a “Brexit dividend” if the UK government did not match the EU reform ambition .

In August, Boris Johnson, prime minister, and Rishi Sunak, the chancellor, called for an “investment big bang” to unlock hundreds of billions of pounds sitting with UK institutional investors. Companies hit back that rule changes were needed to facilitate it.

The UK is also lagging behind the EU on banking reforms, known as the finalization of Basel III. The EU published its proposals last October, while the BoE is only due to begin industry engagement in the second half of this year, with proposals not expected until 2023.

The pace of reform is frustrating for ministers like Rees-Mogg, who have argued that Brexit would allow the UK to be “nimbler” in setting regulations that met its own specific requirements.

Johnson last month urged his cabinet to speed up delivery of post-Brexit regulatory reform. His allies say that the project will be one of the big themes of what is left of this parliament.

Critics have argued that any amount of deregulation will not compensate for the additional red tape spawned by Brexit, particularly around trade.

Rees-Mogg this month urged readers of The Sun newspaper to help him find areas that were ripe for better regulation. “As Lord Kitchener said in 1914, ‘Your country needs you’, so you are needed again in 2022,” he wrote.