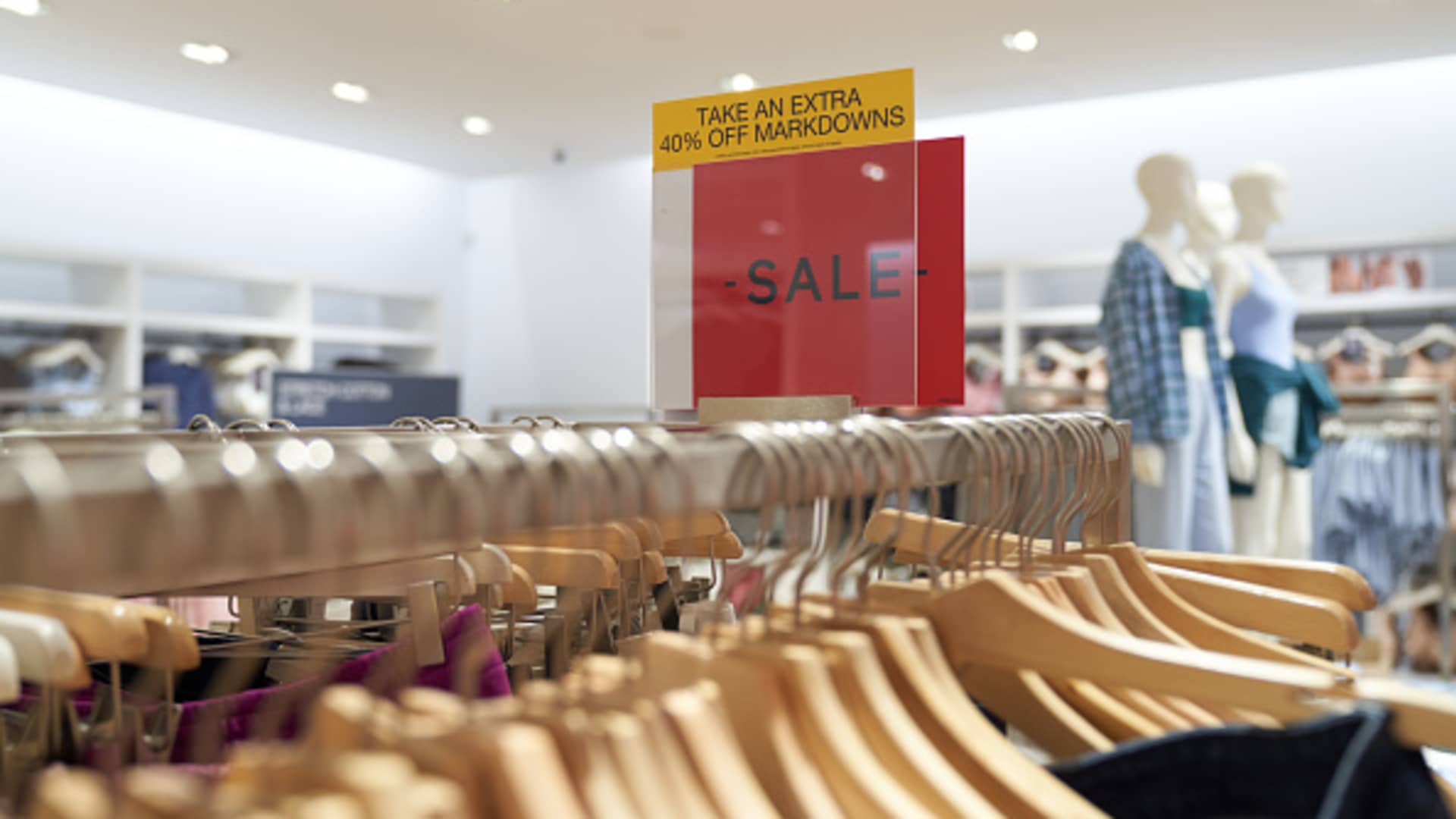 A clearance sale sign is seen at the Gap retail store on September 20, 2022 in Los Angeles, California.

As some of the nation’s largest retailers report quarterly earnings and revenue this week, Wall Street will pay close attention to another number, too — inventory levels.

Walmart, Target, Gape, Kohl’s and others are trying to sell through a glut of extra merchandise piling up in large backrooms and warehouses. 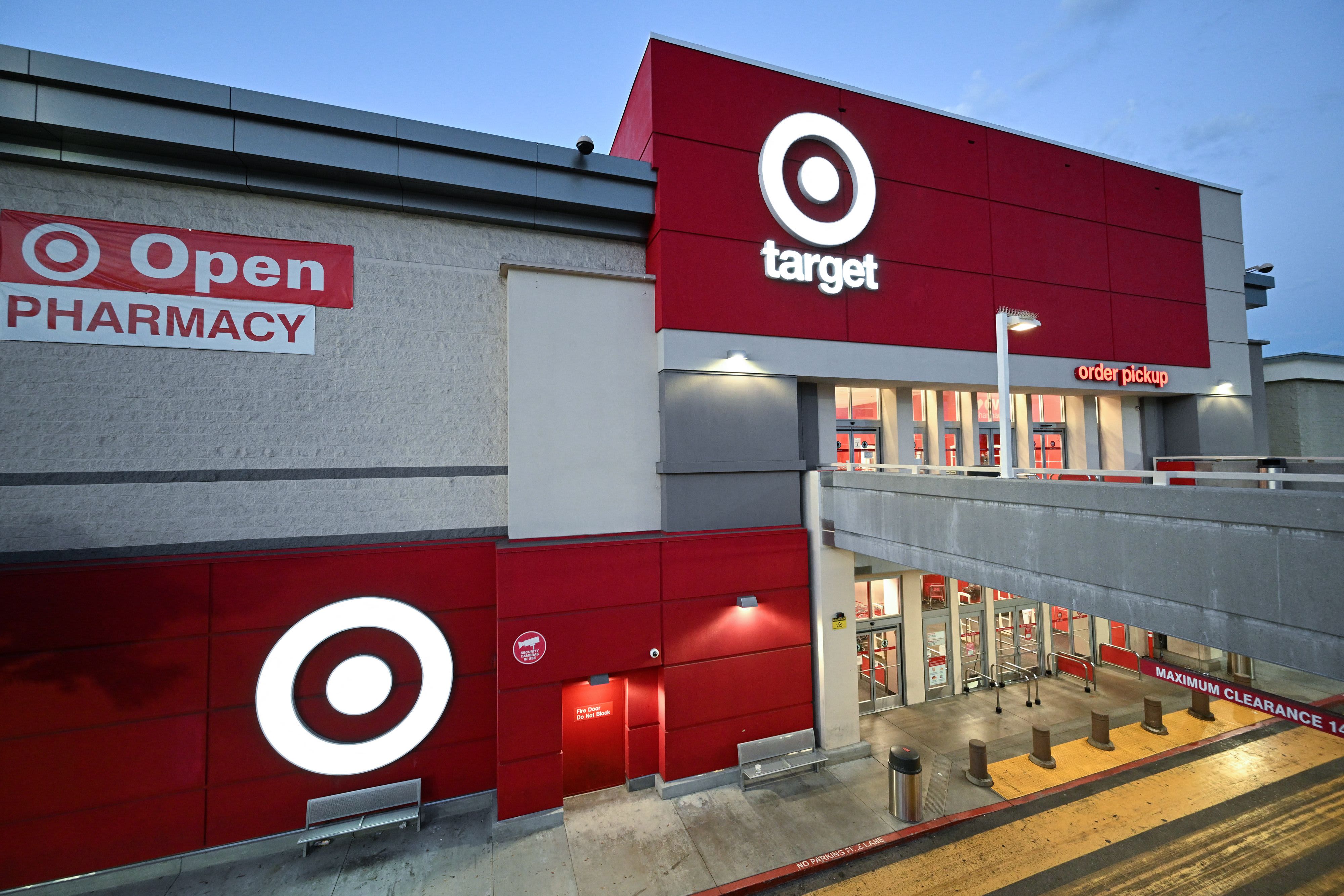 Their quarterly filings will serve as progress reports, especially as retailers gear up for the holiday season, a time of higher foot traffic, fierce competition for consumers’ wallets and plentiful sales events. Investors want a clearer sense of how much excess stuff retailers have sold off — and how deep they may have to discount to keep merchandise moving.

“Inventory is the most important factor,” said Michael Baker, a retail analyst for equity research firm DA Davidson. “That’s usually not the case — usually it’s just a factor. Inventory is going to take on more meaning than the other metrics.”

Retailers are under pressure to clear out inventory and start fresh in the next fiscal year. Balancing inventory has taken on additional urgency, as economists warn of dwindling savings accounts, rising credit card debt and the risk of a recession.

“The idea is to get clean in front of an environment where sales may be a little tougher to come by,” he said.

Retailers have dealt with a sharp turnabout over the past six months. Many of the same items that flew off shelves during the pandemic’s earlier days — such as loungewear and coffee makers — have wound up on the clearance rack.

With housing and grocery prices surging, fewer Americans are buying big-ticket and discretionary items. Inventory, which accounts for the value of goods in transit as well as those in stock, also rose due to supply chain issues.

Sudden changes in tastes “from sweatpants to swimsuits and suitcases” put companies in a tough position, said Oliver Chen, a retail analyst for Cowen.

Retailers typically place orders about six to 12 months ahead, with bulky items and home goods on the higher end of that. After seeing such strong consumer demand and coping with supply chain-related out-of-stocks, some companies placed bigger or expedited orders.

Big retailers fought so long and hard to build up inventory that they weren’t able to adjust properly when they needed to slow the influx of merchandise. “You can’t change on a dime,” Chen said.

Walmart and Target were among the retailers that shocked investors with significant jumps in inventory levels in the first quarter, which ended April 30.

Target slashed its forecast twice, once in May and again in June, saying it would cancel orders, cut prices and take other dramatic steps to clear the clutter.

Walmart’s US CEO, John Furner, acknowledged at an investor day in June that the company would like to “just wish away” most of its excess inventory. He warned it would take “a couple of quarters” to get back to a healthier inventory position. A month later, the discounter cut its second-quarter and full-year profit outlook, in part due to aggressive markdowns.

Kohl’s swung from having too little inventory last year to having ballooning inventory in the second quarter of this year. Some of that came from beauty merchandise as it opened Sephora shops and a decision to pack and hold goods that arrived at the wrong time or weren’t selling.

Gap’s inventory got hit by a mismatch in size and assortment. At its Old Navy chain, a push to sell more plus-size items backfired with stores having too many extended sizes and too few of the sizes with higher demand.

Not all retailers have struggled with having too much stuff to sell. Best Buy cut its sales forecast for the year in July, as sales of consumer electronics such as laptops and TVs slow, but its inventory declined year over year in the second quarter.

Like its peers, Macy’s saw a shift from casual clothing and home categories to dressier apparel. It also cut its forecast, citing weakening consumer spending. Yet in recent quarters, it has largely skirted a dramatic inventory imbalance.

CEO Jeff Gennette said on an earnings call in August that the department store used data analytics to move swiftly. He said it slowed down orders for brands where it had more flexibility, as it noticed consumers pulling back on spending and heard about competitors’ inventory problems.

For shoppers, efforts to clear inventory will mean bigger bargains this holiday season. For retailers, it will mean squeezed profit margins.

Mall-based retailers and others that sell apparel, home goods and electronics are more likely to still be in a tough spot, said Neil Saunders, managing director of GlobalData Retail, a consulting firm.

Even at a much lower price, summer clothes are tough to sell in the winter, he said. So are one-and-done-type purchases that many people already made during earlier parts of the pandemic, such as a flat-screen TV or a blender, he said.

Excess inventory could downgrade the shopping experience this holiday season at some stores, too. For example, on recent trips to Kohl’s stores, he said, he had trouble maneuvering around “chockablock full” aisles. 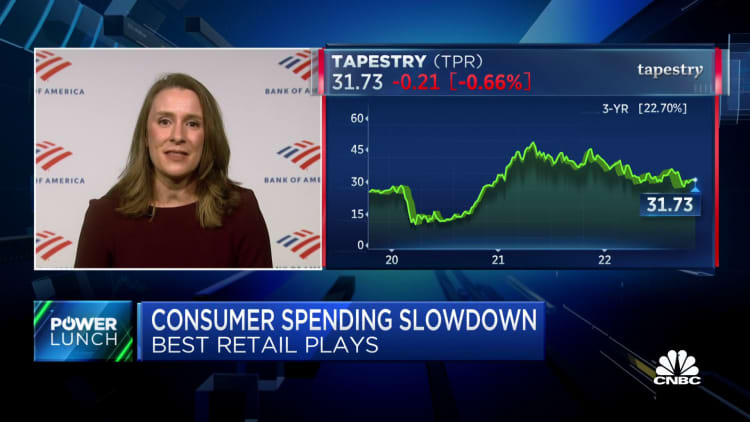 Having too much stuff — even if on discount — could overwhelm shoppers who seek ease, speed and convenience during the busy season. It could drive them to online competitors such as Amazon.

“A lot of people may walk into stores to look around and they just might walk out again and think ‘I can’t cope with this,'” Saunders said.

Some analysts are already bracing for the inventory headaches to persist. Last week, equity research firm Evercore ISI initiated a negative tactical trading call on Target ahead of earnings, saying it expects the big-box retailer to post a miss on earnings and indicate it is still unwinding months of inventory buildup.

The majority of Target’s sales come from discretionary goods, versus Walmart, which draws most of its sales from groceries.

Still, the holidays could lend a hand for retailers still coping with bloated inventory, said Greg Melich, a retail analyst for Evercore ISI. Shoppers still plan to hit the stores and search for gifts, even if holiday forecasts are more muted.