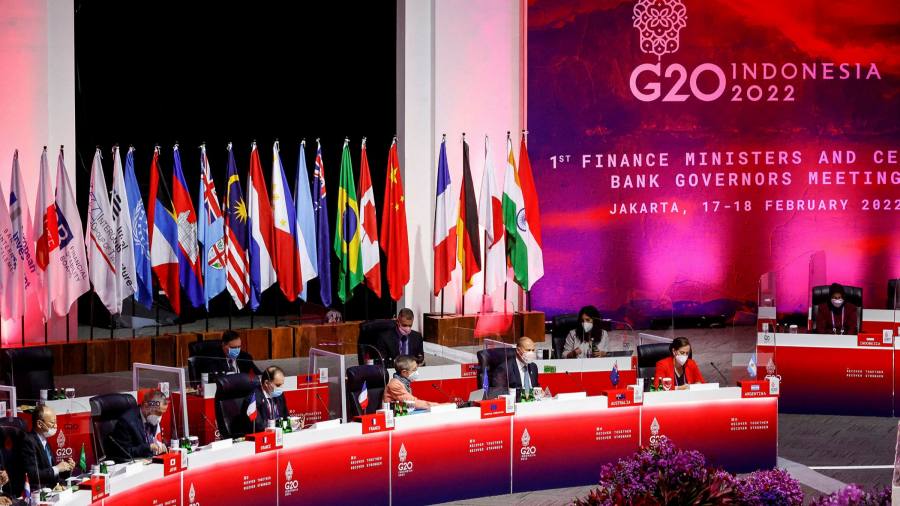 The amount of extra money to be distributed by advanced countries to developing nations struggling under the financial impact of the coronavirus pandemic has fallen short of expectations, after the G20 group of large economies reported combined pledges of $ 60bn.

The amount, to be dispersed through the voluntary channeling of special drawing rights, does not match the $ 100bn set as a “global ambition” by the G20 last year. And it is less than a quarter of the $ 290bn given to members of the G7 group of advanced economies last August in the IMF’s $ 650bn allocation of its SDRs.

The pledges were revealed after a meeting of G20 finance ministers and central bank governors in Jakarta that ended last week.

World leaders have repeatedly called for SDRs given to rich countries to be channeled to poor countries in greater need. But so far, according to an internal G20 document seen by the Financial Times, just 13 countries have pledged $ 10bn of their SDRs to be lent to low-income countries through the IMF’s Poverty Reduction and Growth Trust, and a further $ 50bn through a yet-to-be-established Resilience and Sustainability Trust for low-income and vulnerable middle-income countries.

“This is a great start but is nowhere near as much as the G20 could pledge in SDRs,” said Simon Quijano-Evans of Gemcorp Capital Management, an asset manager that lends to African governments and companies. “Sub-Saharan Africa in particular has been waiting for this,” he added. “The G20 should stop thinking so much and just do it.”

SDRs are a form of reserve asset that are the equivalent of newly minted money, which can be allocated by the IMF at times of global financial stress. They are given as grants rather than loans and carry none of the policy conditions usually attached to IMF lending. They are allocated to each of the IMF’s 190 member countries roughly in line with their share in the global economy.

About $ 275bn of the $ 650bn allocation made last August went to emerging and developing economies, of which just $ 21bn went to low-income countries.

In its statement the G20 said it would continue to work towards its $ 100bn target and called on the IMF to set up the Resilience and Sustainability Trust before the IMF and World Bank spring meetings in April.

According to the internal document, the biggest pledges so far have been made by the US, with $ 21bn, and China, with $ 14bn. Italy, France and the UK have each pledged between $ 4bn and $ 5.6bn.

Critics say channeling SDRs as loans through the IMF’s trusts will reduce their impact as they will have been repaid, even if at low or zero rates of interest, and may oblige governments to take measures to balance their budgets through taxation or spending cuts at a time of economic difficulty.

Many poor countries are struggling with a sharp increase in debt repayments this year, as measures taken to provide limited debt relief from the start of the pandemic begin to be unwound.

David Malpass, president of the World Bank, warned last month that, as a result, there was a growing risk of disorderly defaults among poor countries, many of which have borrowed heavily to fund their pandemic response.