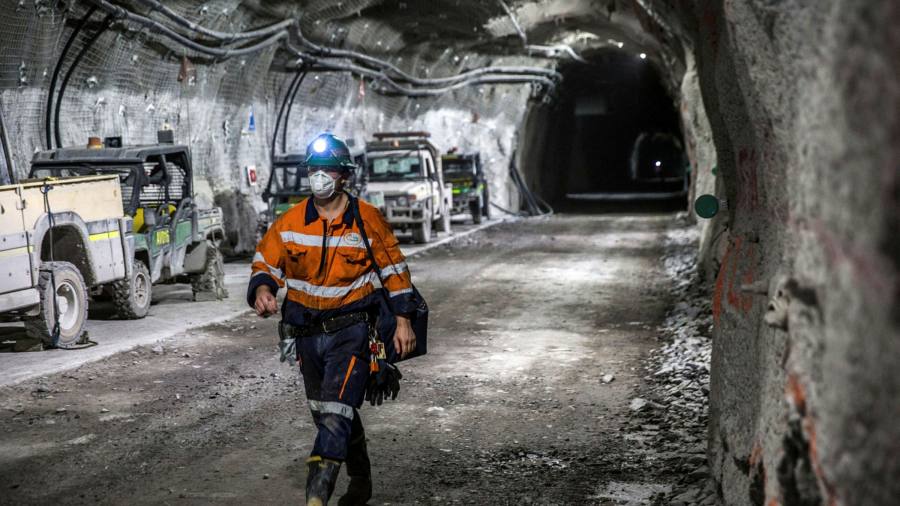 Rio Tinto has offered $ 2.7bn to buy out the minority shareholders in the Canadian vehicle that gives its control of its most important project, a huge underground copper mine in the Gobi desert.

The London-listed miner said it would pay C $ 34 per share to acquire the 49 per cent of Turquoise Hill Resources it does not already own, a 32 per cent premium to Friday closing price.

The non-binding buyout proposal comes weeks after Rio and the government of Mongolia reached an agreement to complete the underground development of the Oyu Tolgoi copper project. That deal saw Rio agree to write off $ 2.4bn of loans and interest used by Ulan Bator to fund its share of the development costs.

However, Rio will need to win over minority shareholders in Turquoise Hill, including US hedge fund Pentwater Capital Management, for its buyout offer to go ahead.

Under Canadian takeover rules, a majority of Turquoise Hill independent shareholders will need to vote in favor of the buyout proposal.

Pentwater has accused Rio of concealing the real cause of the delays that have dogged the project and seen the budget blowout to $ 6.45bn, up from $ 5.3bn. First production is now scheduled for the first half of 2023. It owns almost 10 per cent of the company.

Turquoise Hill and Pentwater could not be immediately reached for comment.

Once the underground project is complete, Oyu Tolgoi will be one of the biggest copper mines in the world, with production in its early years of around 500,000 tonnes per year, just as demand for the metal increases because of the energy transition.

Under the current structure, although Rio is in charge of the project it does not have a direct stake in the mine. Instead it owns a 51 percent stake in Toronto-listed Turquoise Hill, which in turns owns 66 percent of Oyu Tolgoi. The rest is owned by the government of Mongolia.

Rio’s chief executive Jakob Stausholm said the terms of the offer were “compelling” for shareholders of Turquoise Hill.

“We want to increase our interest in Oyu Tolgoi, simplify the ownership structure, and further strengthen Rio Tinto’s copper portfolio.