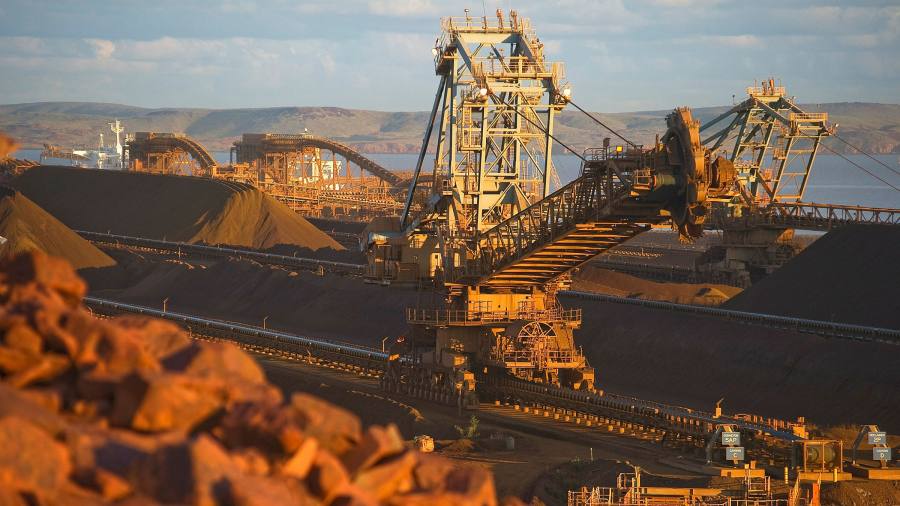 Anyone who has sat through the speakers at the Melbourne Mining Club dinner gets a sense of the prevailing culture in the mining world: disproportionately naughty, with occasional undertones of outright sexism.

What a stream of sports references and the strange dubious joke can culminate in at a remote mining site, worlds away from the black tie event in London, was revealed in Rio Tinto’s report this week on its workplace culture.

The report by former Australian Commissioner for Gender Discrimination, Elizabeth Broderick, was thorough and condemning: it found systemic bullying, experienced by almost half of the 10,000 respondents, widespread sexism and racism, high incidence of sexual harassment, multiple cases of sexual assault, including rape, a “culture of silence” and lack of consequences when reports of abuse of women, minorities and LGBTIQ + employees were reported.

In other words, an uncomfortable and insecure environment for those who did not fit into what Broderick called the “hypermasculine norms and culture.” This is a report that should be read widely.

The remarkable thing is that it was taken into use because Rio was actively looking for problems and that the company then, commendably, chose to publish the results in its entirety. The miner undergoes a cultural cleansing under CEO Jakob Stausholm, who became chief in January 2021, following its destruction of the 46,000-year-old Juukan Gorge rock cliffs in Western Australia.

It is imaginative to think that these problems are isolated to Rio, or Australia, or indeed to mining: To begin with, the report landed the same day as one raised some similar questions of conduct in the Metropolitan Police at London’s Charing Cross police station. Broderick found problems globally. The rival miner BHP, who was ridiculed by some when it set a gender balance target in 2025 in 2015, said last year that it had fired 48 workers since 2019 for sexual assault and harassment as part of an industry-wide study of the treatment of Women in fly-in, fly-out roles in Western Australia.

Increased female representation is part of the solution here. But that’s hardly enough: Who feels comforted that 60 percent of Rio’s candidates are women, to a place where Broderick found that women between the ages of 25 and 34 reported the highest incidence of bullying and sexual harassment in recent years? five years, at 57 percent and 39 percent, respectively?

And the idea that the mining sector needs a culture shift similar to what happened around safety a few decades ago is both true and revealing. Miners once treated fatalities as a cost of doing business. Now the safety numbers are at the top of every presentation, and it’s a pride that Rio has had three years with zero deaths.

But it only serves to show that these are not easily controlled operations from the Wild West. Certain forms of behavior have been overlooked, tolerated and excused, although standards and supervision have been tightened elsewhere. The mining industry also largely realized that killing people was bad for business. The idea that diversity, inclusivity and psychological well-being are important for productive, efficient operation is accepted in some parts of the sector (and indeed business), but by no means across the board.

Energy is the world’s indispensable business and Energy Source is its newsletter. Every Tuesday and Thursday, directly to your inbox, Energy Source brings you important news, forward-looking analytics, and insider intelligence. Sign up here.

Rio’s results demonstrate the potential gap for any business between warm words in the boardroom and grubby reality on the ground – and the emptiness of ESG investments that rely on assessing paper promises rather than operational implementation.

Sure, mining – which wants to describe itself as the socially responsible producer of raw materials for the energy transition – has some special challenges: remote, shift-based operations or company-created mining towns around the world, where the mine manager acts as almost mayor and civic leader and the guy in charge to hit production targets.

But the risk factors that Broderick highlights should resonate elsewhere: a hierarchical, male-dominated workplace; a culture of sexual bravado or posture; low understanding of the challenges of balancing work and family life; a strongly performance-driven culture. Others point to a technically minded approach that tends to focus on processes rather than people.

Large investors, who probably know that a successful tackle of this will mean additional challenges as reporting and enforcement improve, have not been quick to share their views. What they should do is research their portfolios and think about which companies should produce a similar piece of work, around the mining industry and beyond.