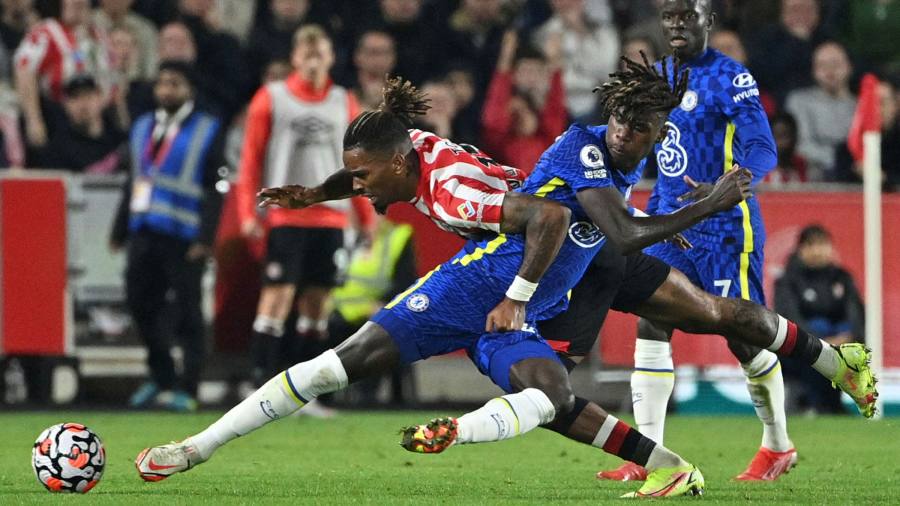 Roman Abramovich has put Chelsea football club up for sale after 19 years of ownership, waiving £ 1.5bn it owes him and pledging to donate proceeds of the sale to victims of the war in Ukraine.

The Russian-Israeli billionaire on Wednesday said the move was “in the best interest of the club”, adding that “this has been an incredibly difficult decision to make, and it pains me to part with the club in this manner”.

The decision to sell Chelsea came hours after Labor leader Sir Keir Starmer called on the government to impose sanctions on Abramovich.

“We must stand up to Putin and those who prop up his regime,” he said. “He’s a person of interest to the Home Office because of his links to the Russian state and his public association with corrupt activity and practices.

“Last week, the prime minister said that Abramovich is facing sanctions. He later corrected the record to say that he is not. Well, why on earth isn’t he? ”

Pressure is building on wealthy Russians with significant assets in the West because of their association with Vladimir Putin’s regime.

Ownership of Chelsea since 2003 turned Abramovich into a household name in English football and beyond. The billionaire earned his fortune during the 1990s after the collapse of the Soviet Union, by acquiring privatized oil and gas assets from the state then selling them back to the Kremlin at a large profit.

Since Russia’s invasion of Ukraine last week, Abramovich has attempted to assist Ukraine’s government in peace negotiations with Russia, the FT reported earlier this week.

Last Saturday, he ceded “stewardship” of the club to a charitable trust in a move to prevent the club from becoming “hostage” to potential sanctions, a friend of the billionaire previously told the FT.

Abramovich said the sale would not be fast-tracked and that he would not ask for any personal loans he made to the club – about £ 1.5bn according to the most recent documents – to be repaid.

“I have instructed my team to set up a charitable foundation where all net proceeds from the sale will be donated,” Abramovich said. “The foundation will be for the benefit of all victims of the war in Ukraine. This includes providing critical funds towards the urgent and immediate needs of victims, as well as supporting the long-term work of recovery. ”

Advisers at merchant bank Raine are contacting billionaires and other wealthy individuals in the US and elsewhere to gauge interest in acquiring the Premier League club, multiple people with direct knowledge of the matter said.

Abramovich is separately looking to sell a £ 100mn-plus London home, putting some of the city’s most-prized assets into play as pressure builds on the oligarch following Russia’s invasion of Ukraine.

Multiple people familiar with the matter told the FT that wealthy buyers have been taken for viewings at 16 Kensington Palace Gardens, a Grade II-listed mansion on Crown Estate land, near to embassies and the homes of fellow billionaires.

Abramovich reportedly paid £ 90mn for the mansion in 2011 and has spent tens of millions more refurbishing the home. He also owns a Thames-side flat in Chelsea.

On Tuesday, Labor MP Chris Bryant said in the House of Commons that Abramovich was looking at selling both of those London properties. He also suggested that sales could be pushed through in the next few days and urged the UK government to move quicker on sanctioning oligarchs.

A number of people who deal with wealthy clients cast doubt on the prospect of a rapid sale of Chelsea or the London mansion because of uncertainty around potential sanctions.

As well as potential buyers, Abramovich’s ownership might deter estate agents and lawyers who have been forced to comply with a stricter due diligence regime in recent years.

“You can not just magic a buyer in a few days for something like this,” said Roarie Scarisbrick, a buying agent at Property Vision.

James Forbes, a director at high-end estate agency Forbes Gilbert-Green, said that in order to sell Abramovich “would have to get through all the regulations and the new sanctions that have come out. We have an anti-money laundering and compliance team we have to go through. No one would be able to sell it without going through all of that ”.

Buyers have been circling Chelsea for years. In 2018, Raine was appointed to help value the team after a series of approaches.

Abramovich’s Fordstam entity, through which he owns Chelsea, has accumulated losses of almost £ 1.1bn through June 2021. Fordstam has close to £ 1.5bn in debt in the form of loans from Abramovich.