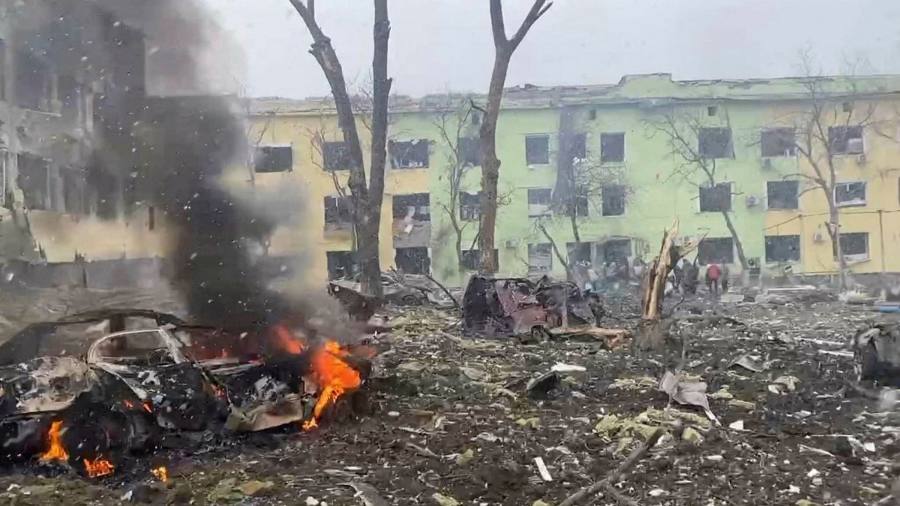 The top diplomats from Ukraine and Russia are set to meet on Thursday in the highest-level contacts since Moscow’s invasion – but the sides are expected to remain far apart on steps to end the war between the two countries.

Dmytro Kuleba, Ukraine’s foreign minister, is due for talks with Russian counterpart Sergei Lavrov on the sidelines of a diplomatic forum in Turkey, their first meeting since Moscow invaded its neighbor on February 24.

Three rounds of talks in Belarus, involving sets of political advisers from Moscow and Kyiv, have yielded no long-term results. They have resulted primarily in attempts to establish humanitarian corridors to evacuate civilians from Ukrainian cities under heavy Russian bombardment.

Kuleba on Wednesday said Kyiv wants a ceasefire, the liberation of territories under Russian control, and an end to the catastrophic humanitarian conditions devastating large areas of the country.

Kyiv has also signaled publicly that it may be willing to compromise on Russia’s demand for Ukraine’s future neutrality. Speaking to Bloomberg on Wednesday Ihor Zhovkva, deputy chief of staff in President Volodymyr Zelensky’s administration, said Kyiv was open to discussing neutrality if in exchange it is given security guarantees by its neighbors.

However, differences on other issues including Russia’s territorial claims on parts of Ukraine appeared to make any agreement unlikely.

Zelensky’s Servant of the People party on Tuesday said states such as the US, Turkey or Ukraine’s neighbors could act as guarantors, if their concrete political, economic and military responsibilities in this capacity were formalized.

However, the party continued to uphold a commitment to Ukraine joining NATO. “For its part, Russia must also legally state that it recognizes Ukrainian statehood and guarantees that it will not threaten our state,” the party added.

Two people involved in back-channel talks between Moscow and Kyiv said Ukraine’s negotiators have been open to offering concessions since the start of the war, keen to stop the fighting.

But whereas Ukraine’s delegation members had a direct line to Zelensky, Russia’s negotiators appeared to be working at least in part in the dark, often appearing unaware what President Vladimir Putin wanted beyond the most general terms, the people added.

Russia has said it could halt its assault immediately should Kyiv meet its demands, which include the recognition of the Crimean peninsula as Russian territory, and the breakaway regions of Donetsk and Luhansk as independent states.

Moscow also wants Kyiv to change the constitution to enshrine its neutrality, mirroring the Kremlin’s earlier demands to the west that Ukraine be banned from ever joining NATO.

With every round of negotiations, Russia has ramped up the force of its attack, laying siege to several cities, with massive aerial bombardment destroying not only military targets but also residential areas, killing civilians.

Russia’s military has experienced heavy losses on the battlefield. Many analysts believe these losses, and Ukraine’s determined self-defense, have come as a surprise to Moscow, which expected a quick war.

Nevertheless, the Kremlin has not substantially diluted its demands in response. “I do not see so far any material change in the Russian negotiating position,” said Alexander Gabuev at the Carnegie Moscow Center. Russia’s ‘red lines’ appear to be the same.

“I think Mr Putin will seek more leverage on the battleground, and the negotiating table,” Gabuev said.

If Russia remains unwilling to give up its territorial claims little progress is likely, as these mark a red line not just for Ukraine’s politicians, but also for its people, analysts said.

“Having lost as much as we have in this war, to settle for less than the complete reinstatement of Ukraine’s territorial integrity [including the Donbas and Crimea] would be demeaning, and tantamount to capitulation, ”said Mychailo Wynnyckyj, sociologist and professor at Kyiv-Mohyla university.

This position, stressed by Zelensky, “represents the consolidated position of the Ukrainian people”, Wynnyckyj said.

Oleksandr Danylyuk, head of the Center of Defense Reforms, said by phone from Kyiv: “Ukrainian society is not going to accept any concessions. This is a people’s war, a national war. . . The nation is not going to surrender. ”