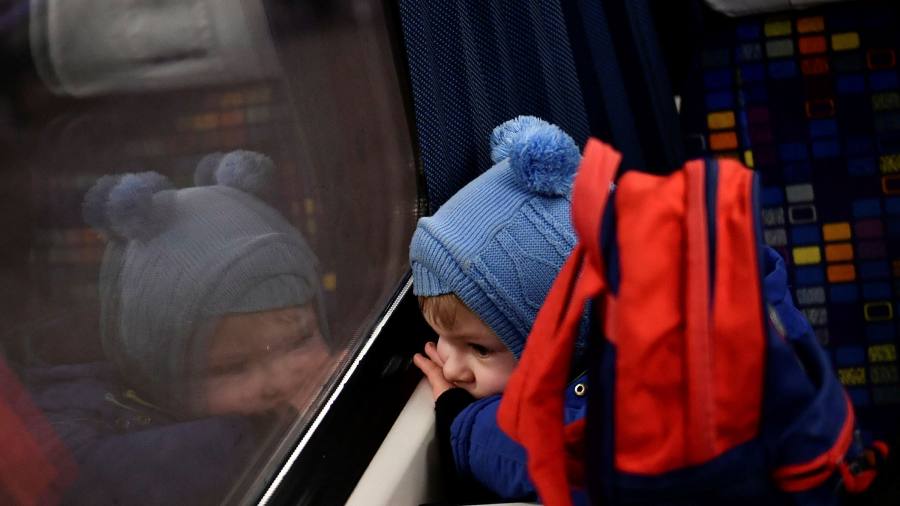 Russia has declared a ceasefire in two Ukrainian towns that have been besieged by its army and said it was creating humanitarian corridors to allow civilians to leave, in the first sign of a respite in its ten-day invasion of the country.

The ceasefire affects the city of Mariupol, a port on the Sea of ​​Azov, which has been subjected to a relentless Russian bombardment for the past five days, as well as the eastern town of Volnovakha.

The Russian defense ministry said its forces would introduce a “quiet regime” from 10am Moscow time on Saturday to allow people to leave both towns. It said humanitarian corridors and exit routes had been agreed with the Ukrainian authorities.

The move comes amid mounting international condemnation of Russia’s tactics in Ukraine, where its forces have subjected large population centers such as Kyiv and Kharkiv to indiscriminate shelling that has laid waste to residential areas. The US estimates that Russia has unleashed just over 500 missiles since the start of the invasion.

Authorities in Mariupol, a city of about 450,000 people, say it is entirely encircled by Russian forces which have pounded it with heavy artillery for days. Residents have been left without electricity, heating and water, with most confined to freezing bomb shelters.

Josep Borrell, the EU’s chief diplomat, said on Friday that Russia’s “barbaric” invasion was “the ugly face of war”, adding: “The Russians are bombing and shelling everything – hospitals, houses, schools.”

Military analysts said Russia’s main objective remained the encirclement of the capital Kyiv, an advance that western officials say has made little discernible progress for several days because of tactical and logistical failures. A US official said Russian soldiers also remained 10km from the centers of both Chernihiv and Kharkiv, which are under bombardment from the air.

Russia’s war in Ukraine triggered global alarm after Russian forces captured the Zaporizhzhia nuclear power station, Europe’s largest, in an assault that briefly set fire to a building in the complex.

More than 1.2mn refugees have fled Ukraine since the start of Russia’s invasion 10 days ago.