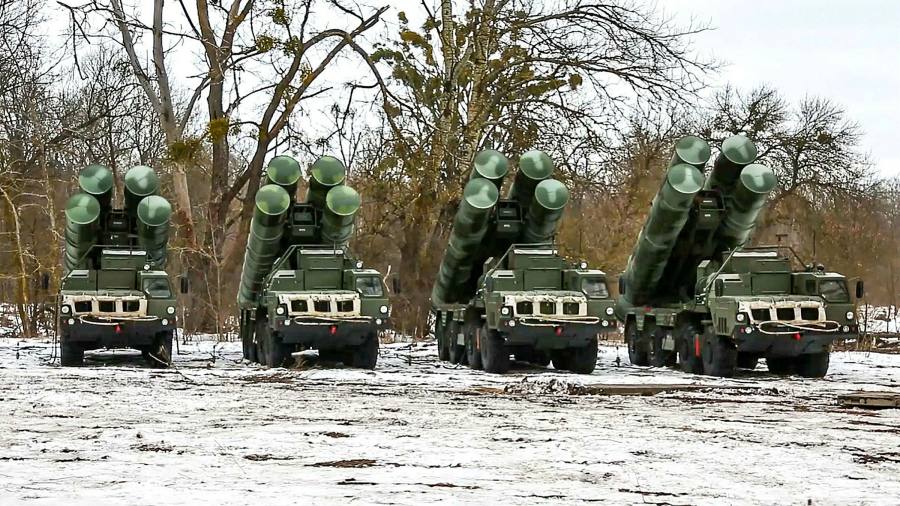 Russia began massive military exercises in Belarus and naval drills in the Black Sea on Thursday as the UK warned that the stand-off with Moscow over Ukraine faced its “most dangerous moment” in the next few days.

An estimated 30,000 Russian troops, supported by tanks, aircraft and the advanced S-400 air defense system, are involved in the Allied Resolve exercises in Belarus near Ukraine’s border, which end on February 20.

“This is probably the most dangerous moment, I would say, in the course of the next few days, in what is the biggest security crisis that Europe has faced in decades,” UK Prime Minister Boris Johnson told a news conference with NATO’s secretary- general Jens Stoltenberg in Brussels.

Stoltenberg added: “The number of Russian forces is going up. The warning time for a possible attack is going down. ”

Russian President Vladimir Putin has repeatedly denied western accusations that Moscow is planning a full-blown invasion, potentially the first big operations in Ukraine since Russia annexed Crimea in 2014 and fueled a proxy war in the Donbas border region.

Russia said its forces – some of which have traveled from as far away as Siberia and the North Korean border – would return to their bases once the exercises finish, though the Kremlin did not specify a date. 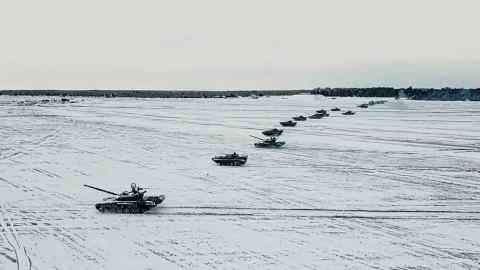 Foreign Minister Sergei Lavrov said western concern about the exercises was “incomprehensible” and blamed the US and NATO for escalating tensions by deploying troops to the alliance’s eastern flank.

“Unlike the exercises Russia is holding on its territory, after which the troops return to their barracks, troops are heading far from UK, US, and Canadian territory to the Baltic states and the Black Sea,” Lavrov said, according to Interfax. “And those troops and deployments, as a rule, never return home.”

Once the Russian forces leave Belarus, Lavrov added, the west “will raise lots of noise to show that it was [they] who got Russia to escalate, when actually it’ll just be a load of hot air ”.

Russia has also sent six large landing ships, which can each carry about 20 tanks, into the Black Sea.

Oleksii Reznikov, Ukraine’s defense minister, described the Russian movements as “a tactic of creeping occupation of the sea”.

The US embassy in Kyiv wrote on Twitter that Russia’s “economic warfare against Ukraine” was continuing. “Under the pretext of military exercises, Russia restricts Ukraine’s maritime sovereignty, limits freedom of navigation in the Black Sea / Sea of ​​Azov, and impedes maritime traffic essential to Ukraine’s economy,” it said.

Ukraine has launched its own military drills, which will also last until February 20, and include Turkish-made drones and anti-tank weapons sent by the UK.

Moscow has accused the US and Europe of trying to undermine Russia by drawing former Soviet satellite states into NATO and has demanded that Ukraine be excluded from the military alliance as part of a new European security arrangement.

Western leaders have said Russia’s demands were unacceptable, but have attempted to find common ground on other issues such as arms control.

By early next week, Russia will have enough forces massed on Ukraine’s border to launch a full-scale invasion, the security committee in the British parliament heard on Tuesday.

Russia and Belarus have said the exercises were defensive and designed to protect their borders from aggression and attack.

According to Reznikov, there are 120,000 Russian troops deployed on Ukraine’s borders, as well as in occupied Crimea and breakaway eastern regions. That figure reached 140,000 if aviation and marine units, some of which are in Belarus, were included.