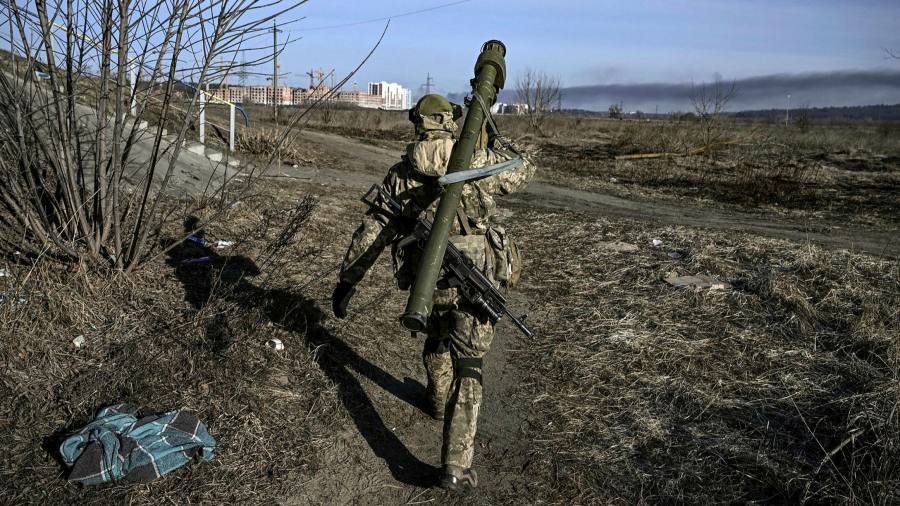 As Russia began to build a pretext for war with Ukraine in February, it accused Kyiv of firing into Russian soil and blowing up a remote border checkpoint – albeit with no reported casualties.

Now, as its forces lay siege to Ukrainian cities with increasing brutality, Moscow has justified its invasion by citing fears that Ukraine was restarting its nuclear weapons program. Russia also claimed to have found documents showing Ukraine had developed chemical and biological weapons under the orders of “curators from the Pentagon”.

Russia’s reasons for launching the war, however, are ever evolving. They now include accusations Ukraine was developing ethnically targeted bioweapons to massacre Slavs and that Kyiv had researched the bat coronavirus in ways suggesting it could have been responsible for the Covid-19 pandemic.

Ukraine and its western allies fear the claims could be laying the groundwork for a grisly new Russian attack.

“We are accused of attacks on allegedly peaceful Russia. And now what? ” Ukrainian President Volodymyr Zelensky said in a video address on Thursday. “What else have you prepared for us? Where will you strike with chemical weapons? ”

“Essentially, the game here is to create a narrative where you are arguing that your opponent is about to use these heinous weapons to justify brutal military action against them,” said Hanna Notte, a senior research associate at the Vienna Center for Disarmament and Non -Proliferation.

“If we’re moving towards an attack on Kyiv or on other major Ukrainian cities in the coming days then this narrative could be part of laying the groundwork for that.”

Russia’s messaging around chemical weapons carries strong echoes of a gas attack in rebel-held suburbs in Damascus in 2013. In an opinion piece in the New York Times, President Vladimir Putin argued that rebels had staged a false-flag attack to encourage international intervention, after US President Barack Obama had called chemical weapons his “red line” in Syria.

Chemical weapons strikes re-emerged years later after Russia had intervened militarily in Syria on Assad’s behalf. Chemical weapons analysts blamed Assad forces for most of these attacks. But Russian officials said not only that the attacks were false flags, they also insisted some were staged.

Moscow’s arguments played into skepticism about US justifications for war, after Washington justified the 2003 Iraq invasion by alleging that Baghdad was developing weapons of mass destruction, claims that turned out to be false.

Now, the rhetoric appears to have resurfaced in Ukraine, according to Tobias Schneider, a fellow at the Global Public Policy Institute who has researched chemical weapons in Syria.

“What it looks like is that the people the Russians have working on Ukraine simply opened the playbook and pulled out the old tropes they had been using for years – and particularly the ones the west had already used against them,” Schneider said.

Russia’s accusations to justify the war have shifted after it failed to achieve the quick victory it appears to have expected.

Moscow initially said it was protecting Russian-speaking Ukrainians from a US-backed “neo-Nazi” regime and had acted after learning of plans to attack Russia. Later Russia began to claim that Ukraine was set on restarting its nuclear program and that its “capabilities were much greater than those of Iran or North Korea”.

On March 6 those claims disappeared from Russian state media in favor of a new narrative: Russia claimed to have discovered Ukrainian work on “bioagents capable of infecting specific ethnic groups” and studies on the migratory routes of birds that could carry the deathly pathogens into Russian territory.

Biological weapons appear to have grown in the Kremlin’s assessment of the threats it faces, though Moscow has provided little evidence.

Nikolai Patrushev, the secretary of Russia’s security council, said last year that US-controlled bioweapons facilities were “growing as if on yeast [ . . .] by some strange coincidence, mostly at the Russian and Chinese borders ”.

Moscow has repeatedly accused the US since 2018 of developing biological weapons in a lab in Georgia, which lost a five-day war with Russia in 2008. Gennady Zyuganov, the leader of Russia’s Communist party, claimed this week that American scientists wanted “to poison everything Russian and eradicate our country ”.

As the war continues the various Russian claims help the Kremlin tell its population that it had acted to protect them from Ukrainian threats, said Alexander Gabuev, a senior fellow at the Carnegie Moscow Center. 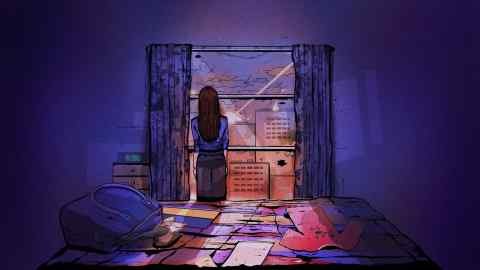 On Friday, Russia took its claim to the UN, where Vasily Nebeznya, its ambassador, accused the US and Ukraine of using birds, bats and insects to send “dangerous pathogens” around Europe. His western counterparts rejected the claim, which they said they feared could preclude a “false flag attack” in Ukraine.

But the notions alone have advanced Russia’s cause, Schneider said.

“For them, the fact of it being true or not does not matter, and I think they think the Americans are exactly the same way,” Schneider added. “What it does is provide them [with] leverage. . . they can use this to play games at the UN or the OPCW. ”

It also “simply muddies the waters on every level,” he said. “If you keep using this narrative that was used in Syria, you leave people thinking that [these accusations are] just thrown around in every war. Who knows what’s true? ”