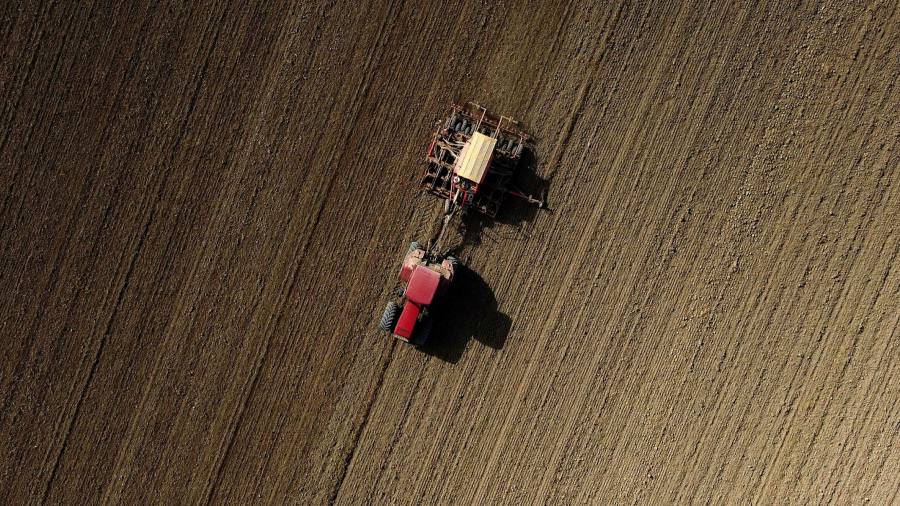 Consumers around the world will feel the “enormous impact” of Russia’s war on Ukraine through sharply higher food prices and significant disruption to agricultural supply chains, according to industry executives and leading European officials.

John Rich, executive chair of Ukraine’s leading food supplier MHP, said he feared for the vital spring planting season, which is critical not only for domestic supplies in Ukraine but also the huge quantities of grains and vegetable oil that the country exports around the globe.

“This conflict has had an enormous impact on Ukraine and Russia’s ability to supply the world,” Rich said.

The success of the planting season would be decided by “military action in the next week or two”, he added, warning that it would be jeopardized if Russia’s army moved into the west of the country, which has remained relatively unscathed.

Together with Russia, Ukraine is a leading grain and sunflower oil supplier to world markets, accounting for just under a tenth of global wheat exports, about 13 per cent of corn and more than half the sunflower oil market, according to UN Comtrade. Prices of the commodities soared after Russia’s invasion, with wheat at one point hitting an all-time high.

Rich warned of “spiralling inflation” in the cost of wheat, corn and other commodities – prices of which were rising before the hostilities because of droughts and high demand as economies emerged from the pandemic. “It’s a pretty toxic mix,” he said.

Since the conflict broke out last month, MHP has been pursuing humanitarian efforts from Slovenia, distributing food aid around Ukraine where millions of people have been displaced.

With MHP drivers criss-crossing Ukraine to deliver food, Rich appealed for donations to continue the relief efforts. “If we fail then the distribution of food will also fail,” he said.

The UN Food and Agriculture Organization has warned that up to 30 per cent of crop areas in Ukraine will either not be planted or be unharvested this year because of the conflict.

Russia’s ability to export crops remains unclear because of the international sanctions, but the loss of export markets will hit the country’s farmers and lead to production declines, the UN body said in a report released on Friday.

Ministers attending a G7 agriculture ministers meeting convened in response to the Russian invasion on Friday called on countries to avoid export bans and keep their food and agricultural markets open.

The EU gets half its corn from Ukraine and a third of its fertilizers from Russia. Belarus, Russia’s ally, is another key fertilizer supplier. Fertilizer prices have risen sharply, with the surging price of natural gas, the main ingredient for nitrogen fertilizers, also threatening supplies.

“From the EU perspective, this crisis has shown us that we have two sectors in particular where we have vulnerabilities. . . vegetable proteins and fertilizers, ”Luis Planas, Spain’s agriculture minister, said in an interview. The supply chains from Ukraine and Russia were “broken” because of the virtual closure of the Black Sea ports.

Planas said Spain did not have a food supply issue but flagged “a serious problem with animal feed”, with about 22 per cent of the corn fed to livestock in Spain coming from Ukraine. He called on the EU to ease restrictions on insecticide residues and GMOs to allow for more imports from Argentina and the US.

Spain, he said, was “very worried about the price and supply of cereals in our immediate surroundings in the Mediterranean [region]”, Including Egypt, Tunisia and Morocco. “We all have in mind the memory of 2011 and the Arab Spring” that was partly caused by high cereal prices, he added.

In Brussels, EU member states are set to vote on a support plan for farmers hit by high costs and loss of exports on March 21.

He also said there was no risk of a food shortage in the EU, warning that the European Commission would take legal action against those such as Hungary that have banned grain exports.

Farmers around Europe want concrete plans from governments and Brussels. In Ireland, amid talk of reviving a scheme last used in the second world war where farmers would be asked to grow extra grain, the head of Macra na Feirme, a farmers’ association, called for clarity on subsidies and tax incentives.