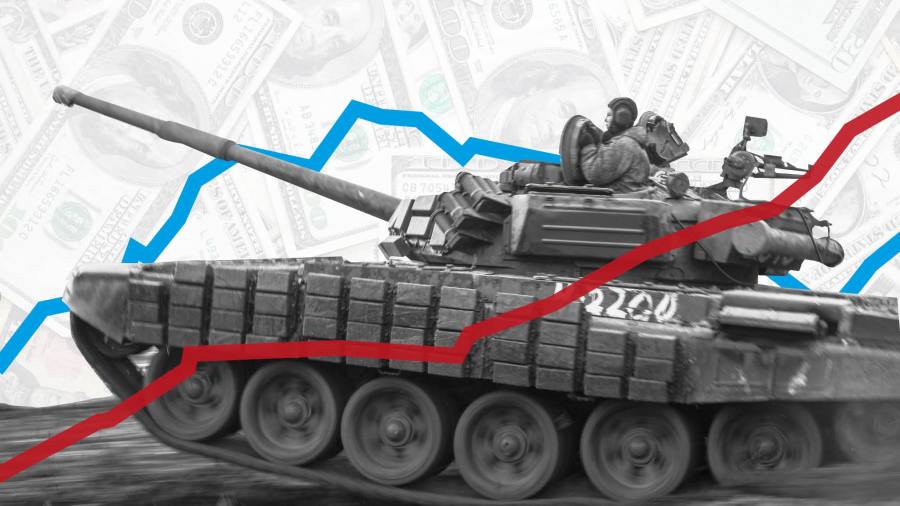 Global optimism over the post-pandemic recovery faces a severe test after Russia ordered troops to enter Ukraine’s separatist regions, sparking a round of sanctions and higher energy prices, economists said.

Even before the Ukraine crisis had escalated, central banks were sounding the alarm over the threat of a prolonged period of high inflation.

Now the tensions are forecast to push oil and gas prices higher, and further slow the post-Covid economic recovery, especially in Europe, increasing concerns over the course of inflation and amplifying the dilemma of when to tighten monetary policy.

Most economists think advanced economies have the resilience to emerge without deep scars despite the difficulties. Daniela Ordonez at Oxford Economics noted that, although the “Russia crisis will put economic optimism to the test”, confidence was high after strong business surveys.

Yet an escalation of tensions could quickly sour the mood in advanced economies, warned Nathan Sheets, global chief economist at Citi.

An outbreak of conflict across Ukraine would undermine his base case of a relatively smooth economic path ahead as inflationary pressures squeezed household incomes. “In the face of these mounting pressures, recession is no longer seen as just a tail risk,” he said.

The immediate threat to the global economy from escalating sanctions will be limited, economists believe. Although some sectors and commodity users are dependent on trade with Russia, overall exports have fallen back sharply since Russia annexed Crimea in 2014. Russia’s share of German exports has fallen from 3.5 per cent in 2014 to under 2 per cent and its share of US exports is less than 0.5 per cent.

But the indirect effect of Russia’s actions on global oil and gas prices threatens to be much more significant. Brent crude prices rose sharply on Tuesday to levels just below $ 100 a barrel, with wholesale gas prices also up sharply.

Bethany Beckett, economist at Capital Economics, said that “clearly, a Russia-Ukraine conflict raises the risk that inflation stays higher for longer,” hitting energy consumers among both companies and households.

But if gas supplies from Russia were to be disrupted, a European Central Bank simulation exercise showed the effects could be painful. It estimated a 10 per cent shortage in gas could knock 0.7 per cent off eurozone gross domestic product, with the effects most pronounced among countries with large gas and electricity sectors and industries most dependent on gas.

Qatar’s energy ministry stressed on Tuesday that neither it nor others could fully replace Russian gas supplies to Europe if they were cut.

The ECB was a little more reassuring about real-world effects, however. It stressed that while energy price rises at the end of last year will probably reduce eurozone output by 0.2 per cent by end-2022, a “significant negative” effect the ECB said, this was a smaller impact than its simulation of gas shortages.

Most economists think that this scale of impact would not be that serious in countries that have suffered much larger contractions during the pandemic and which could adapt to reduced gas supplies from Russia.

Immediate actions such as Germany’s decision on Tuesday to halt the approval of the Nord Stream 2 gas pipeline would have “strong symbolic value” and “limited practical implications”, according to Elina Ribakova, deputy chief economist of the Institute of International Finance, because it is yet to be operational.

Holger Schmieding, chief economist of Berenberg Bank, also suggested that Russia would feel the pinch of tit-for-tat sanctions before western countries. He argued that if the crisis did not amplify significantly, sanctions “would weaken the Russian economy over time with very limited impact on the advanced world”.

Financial markets would return to normal after a while, he predicted, and after a few months of setbacks to business and consumer confidence, “economic growth in Europe [would be] back on track for a strong post-Omicron rebound amid easing supply shortages ”. 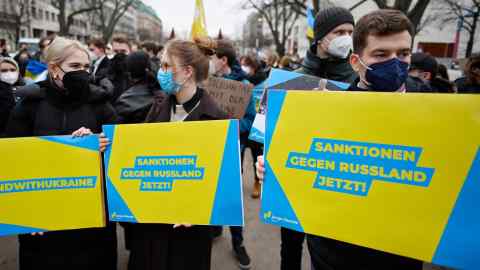 Central banks, however, would be faced with a more acute dilemma if there were further rises in energy prices and inflation. They would need to demonstrate they were serious about controlling price rises but also recognize that the squeeze in incomes would also be more powerful in bringing inflation down than tightening monetary policy.

George Buckley, chief European economist at Nomura, said: “Should food or energy prices rise further and add to near-term inflation pressures, the ECB and Bank of England will need to ask searching questions as to whether that will have a larger upward effect on inflation expectations and pay, or a downward effect on real incomes, confidence, spending and thereby medium-term inflation ”.

Having signaled that they are increasingly keen to tighten policy, central bankers are now making noises suggesting they would worry as much about the potential for lower growth as higher inflation.

Isabel Schnabel, a member of the ECB’s executive board, told the FT last week that if tensions in Ukraine escalated, “it is in my view unlikely that we would accelerate policy normalization in such circumstances”.

Noting uncertainties over Ukraine and market expectations for a sharp rise in UK interest rates, Sir Dave Ramsden, deputy governor of the Bank of England, said “there are also risks from tightening monetary policy too much”.

Financial market expectations of a 0.5 percentage point increase in US rates in March have also been scaled back over the past week, with most expecting a tightening of half the size.

Views are changing rapidly in response to events on the ground in Ukraine. Erik Nielsen, adviser to UniCredit, said the main thing economists knew was how little they knew. There were now “unprecedented uncertainties across the entire economic and geopolitical waterfront,” he said.