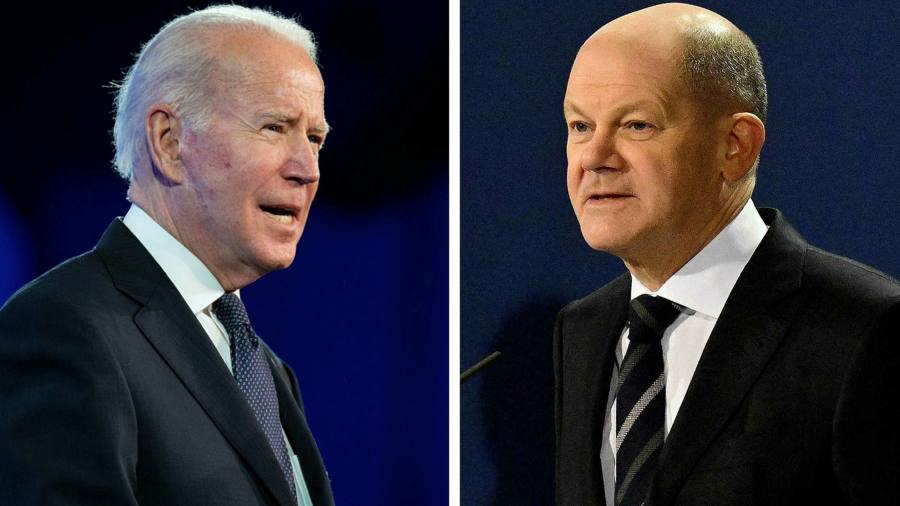 Olaf Scholz meets Joe Biden for the first time on Monday with a clear mission – to restore German credibility in the eyes of skeptical allies dismayed by his response to the Ukraine crisis.

As the German chancellor heads to the White House, he faces accusations at home and abroad that Germany has become an unreliable partner and the weak link in the west’s united front against Russia.

His domestic opponents say he has failed to show leadership over Ukraine and contrast his lack of assertiveness in the conflict with the robust role played by his predecessor, Angela Merkel, after Russia annexed Crimea in 2014.

“Europe is facing the biggest threat to peace and freedom and the chancellor has basically disappeared,” Friedrich Merz, leader of the opposition Christian Democrats, told Bild. “All his predecessors would have acted differently.”

Meanwhile officials are increasingly alarmed by the anti-German hostility that is spreading in Washington. Der Spiegel last week cited a leaked memo by Emily Haber, German ambassador to the US, headed: “Berlin, we have a problem”, which described how Congress saw Germany as a brake on sanctions against Russia.

Warning of the “immense” damage being done to Germany’s reputation, she said Republicans viewed Berlin, with its overriding interest in maintaining gas exports from Russia, as “in bed with Putin”.

Much of the anger stems from Germany’s refusal to send weapons to Ukraine. Indeed, it has also stopped Estonia from delivering howitzers that were once part of the east German army’s stockpiles.

“To me this is outrageous that Ukraine is not receiving the weapons it needs because another country, part of the NATO alliance, is saying that they are not going to approve the transfer,” Republican senator Rob Portman said last week.

Part of the problem, analysts say, is that Scholz had only been in the chancellery for a few weeks when Russia’s massive military build-up on the Ukrainian border in December began to stoke fears of an imminent invasion.

“This is a chancellor who is inexperienced in international affairs and suddenly he’s thrown into one of the worst global crises in recent memory,” said Ulrich Speck, senior fellow at the German Marshall Fund.

He also has to deal with a coalition partner – the Greens – with a strong pacifist tendency, and parts of his own party, the Social Democrats, “who do not want to confront Russia”, Speck added.

One Social Democrat in particular has proven a big headache: former chancellor Gerhard Schröder, who took a post in the Nord Stream gas pipeline project from Russia to Germany after leaving office in 2005 and was last week nominated to the board of Gazprom, the Kremlin- controlled gas giant. He has angered Germany’s political establishment with his pro-Russian interventions, accusing Ukraine of “saber-rattling”.

The damage caused by Schröder and other voices sympathetic to Russia in the SPD is likely to cast a shadow over Scholz’s talks in the White House. “Germany’s reputation in Washington has tanked and Scholz has a lot of repair work to do,” said Thorsten Benner, director of the Global Public Policy Institute in Berlin.

German officials play down the talk of a new climate of mistrust between Berlin and Washington. They say both agree on the need to deter Vladimir Putin from sending troops into Ukraine and insist Germany is fully signed up to the package of sanctions being assembled by western governments.

The Scholz government has also toughened its rhetoric on Nord Stream 2, the gas pipeline under the Baltic Sea which is completed and awaiting regulatory approval, saying it cannot go ahead if Russia invades Ukraine

Berlin has hosted a succession of senior figures from the Biden administration in recent days, including Secretary of State Antony Blinken and CIA director Bill Burns, and officials say Scholz has been active behind the scenes, too.

In an interview with Fox News Sunday, Jake Sullivan, Biden’s national security adviser, also sought to minimize differences between Washington and Berlin, saying they had been “co-ordinating closely” on a sanctions package. He said that while Berlin did not send lethal military aid to Ukraine it was supplying substantial financial support.

On the military front, Sullivan said Germany was hosting bases that were critical to the defense of NATO’s eastern flank. “The reason that we are able to swiftly move a battalion into Romania to reinforce and reassure our ally. . . is because those forces were stationed in Germany, ”Sullivan said.

Scholz is increasingly stepping into the international spotlight. After he returns from Washington he will meet the leaders of the three Baltic states in Berlin, before traveling to Kyiv on February 14 and to Moscow a day later.

Officials say talks with Putin will emphasize the “high price” Russia will pay if it decides to invade Ukraine. Berlin believes the message has more credibility coming from Scholz than from other western leaders.

“Everyone tells us – you have a special relationship with Russia that no one else has,” said one German official. “With Putin, no one’s getting through.”

Yet some dismiss the idea that Germany can influence Putin’s behavior. “The Russians have made it clear that they do not take us seriously any more as an interlocutor,” said Speck. “They just see us as part of the US sphere of influence.” 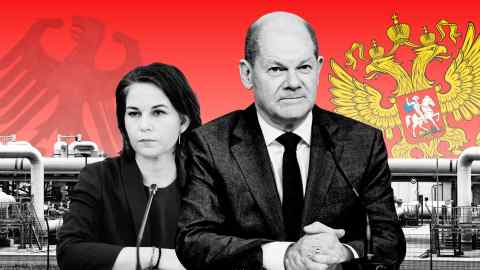 Even those in Germany who think talk of divisions with its allies is overblown say Scholz has failed to make clear to the German public what’s at stake over Ukraine. He won last September’s election on a platform skewed towards domestic reform.

“It’s partly Scholz’s fault that he did not communicate his own position [on Russia] forcefully enough, ”said Benner.

His aides say that misreads Scholz’s style. “His view is you have to do your job behind closed doors,” an official said. “If you keep making public statements during negotiations, you just end up narrowing your options.”

To Scholz’s critics, the official urged patience. “Let’s see the result at the end and judge him then – not now.”