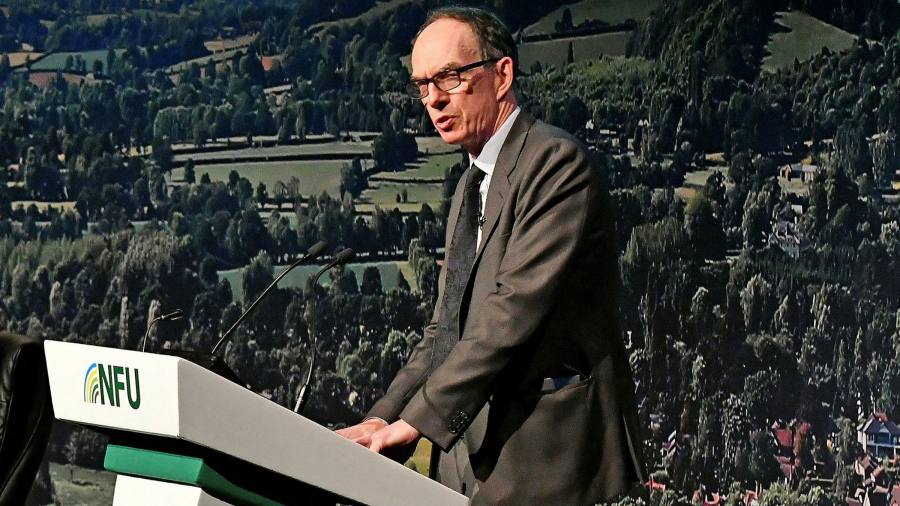 A Bank of England deputy governor has said that only a “modest tightening” of monetary policy will probably be needed to keep inflation under control in the coming months.

Dave Ramsden said on Tuesday that consumer inflation “would fall below our [the BoE] 2 per cent target within two years ”if the Bank rate followed the market policy trajectory in one scenario, falling further to 1.4 per cent in 2025.

The comments come after markets raised their medium-term expectations of BoE rates following the latest monetary policy meeting, to a peak of almost 2 per cent by mid-2023.

Steffan Ball, economist at Goldman Sachs, said that Ramsden’s comments suggested “some discomfort with the current market pricing of BoE hikes over the next three years”.

Speaking at the National Farmers’ Union annual conference, Ramsden said “further modest tightening” was likely to be required in the coming months to prevent “high inflation becoming embedded in wage and price setting”.

But, he added, “tightening monetary policy too much” held “risks”. The note of bail contrasted with Ramsden’s position at the Bank’s policy meeting earlier in February.

At that meeting, Ramsden was one of the four members of the Monetary Policy Committee who voted for a 50 basis-point increase in interest rates, double the 25bp rise finally agreed upon.

In February, the Bank raised its rates to 0.5 per cent, up from a record low of 0.1 per cent in December, marking a second consecutive increase.

In January, annual consumer inflation climbed to 5.5 per cent, the fastest pace in 30 years. Economists are expecting another rate rise when the MPC meets again on March 17.

However, Ramsden emphasized that he expected only a “modest” tightening in monetary policy was likely to be needed.

“The word ‘modest’ is significant here though – I do not envisage bank rates rising to anything like [their] pre-2007 level of 5 per cent or above, let alone to the kind of levels we used to see before the MPC was formed in 1997, ”Ramsden said.

He warned of “additional uncertainty” over the economic outlook.

“New shocks can arise – we did not foresee the recent rise in energy prices, and as we meet today the crisis in Ukraine is intensifying – and so we should remain humble about the possibility that things might turn out differently.”

Ramsden noted that the continuing shock to energy prices had created “a challenging trade-off” for the MPC to manage, between strong inflation and weakening growth.

He added that these “are tough times” for some businesses, and that a rise in BoE rates would increase interest payments and exacerbate the challenges.

Ball said the BoE expected rates to rise to 1.5 per cent after the August meeting following a series of back-to-back increases.