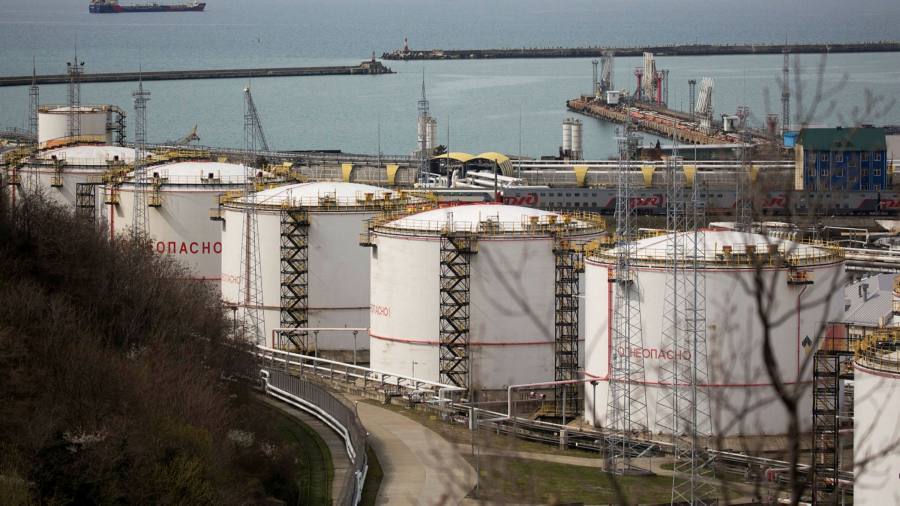 Shell stands to make a $ 20mn profit from a cheap cargo of Russian crude it bought just days after the oil major announced it was pulling back from the country following its invasion of Ukraine.

When the London-listed company revealed on Monday plans to exit its joint venture in Russia, its chief executive Ben van Beurden said he was shocked by the loss of life in Ukraine, resulting from a “senseless act” of military aggressive, which threatens European security ”.

“Our decision to exit is one we take with conviction,” he said. “We can not – and we will not – stand by.”

Yet on Friday, Shell’s powerful trading arm bought 725,000 barrels of Urals, Russian flagship crude, from commodity trader Trafigura at a record discount of $ 28.50 to Brent, the global oil benchmark, on a delivered basis.

The trade was the first deal completed in a public trading window run by S&P Global Platts since Russia invaded Ukraine and traders said it would make Shell about $ 20mn when the oil is put through its refining system and then sold to consumers.

“I am astonished that Shell lifted this cargo,” said one senior trader.

Trafigura is legally obliged to lift a number of Urals cargoes a month under a deal it signed with Russian producer Rosneft before the war in Ukraine. It had been searching for a buyer all week for one cargo of 7250,000 barrels, steadily increasing the discount in S&P window in the hope of finding a counterparty.

Most traders assumed the oil would be purchased by a Chinese or Indian trader or refiner, not a major international oil company that had just announced plans to pull back from Russia.

In a statement, Shell, which as well as being a big oil and gas producer is also one of the world’s biggest energy traders, said it was appalled by the events in Ukraine and had stopped most activities involving Russian oil.

“However, we currently purchase it and other Russian products for some refineries and chemical plants to ensure that we continue the production of essential fuels and products that people and businesses rely on every day.”

“We will further reduce our use of Russian oil as alternative crudes become available to buy, but this is highly complex as Russian oil plays a significant role in global supply and in the current, tight market there is a relative lack of alternatives.”

Although Russian energy exports have been carved out of the hard-hitting US, UK and EU sanctions that have been levied on Moscow and its financial system, most western refineries, banks and shipowners shun the country’s vast commodities market.

Energy Aspects, a consultancy, last week said 70 per cent of Russian crude was “struggling to find buyers” even at hugely discounted prices.

As big traders have scoured the market for alternative sources of supply, this has pushed up the price of Brent, which hit a nine-year high of almost $ 120 a barrel this week.

“In compliance with current sanctions, we are working to continue to securely supply energy to our customers across Europe and other markets,” Shell said.

Trafigura declined to comment. Earlier this week, the company said it was reviewing its stake in Vostok, a giant Arctic oil project being developed by Rosneft. Trafigura is a favored trading partner of the Kremlin controlled oil producer.

The this story has been updated with comment from Trafigura

From here to modernity: the Palm Springs festival of architecture


How the £120mn ‘Festival of Brexit’ became something much weirder