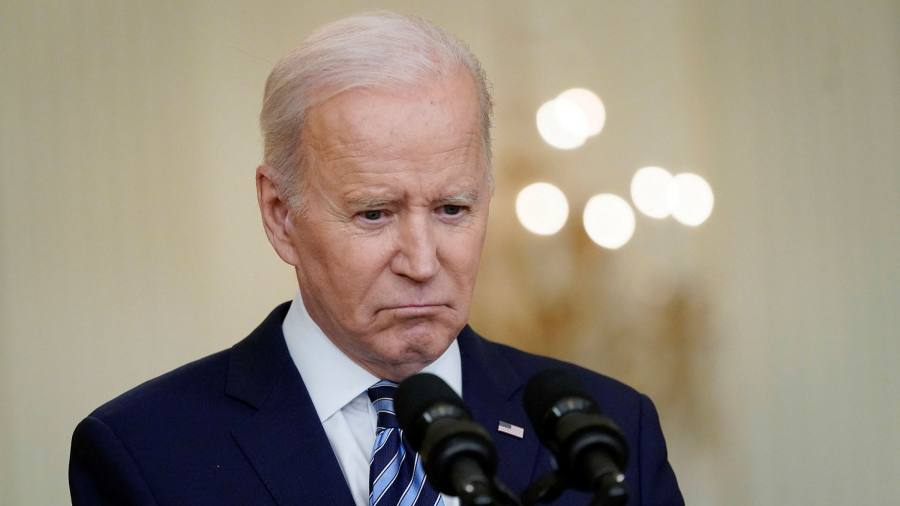 Efforts by the US to inflict economic pain on Russia in retaliation for its invasion of Ukraine could be hamstrung if sanctions drive an increase in energy prices.

The US is the world’s largest producer of crude oil and natural gas, but for oil in particular, prices are set on the global market. Early on Thursday, Brent crude topped $ 105 a barrel as Russian forces invaded Ukraine.

“I will do everything in my power to limit the pain the American people are feeling at the gas pump. This is critical to me, ”Biden said.

The comments spotlight one of the most vexing problems facing the Biden administration and European leaders as they rely on sanctions to deal with Russian President Vladimir Putin: can they put sufficient pressure on Moscow without strangling oil and gas, the linchpin of the country’s economy?

Sanctions announced on Thursday by the US and Europeans hit some of Russia’s largest banks and wealthy Russian individuals, and also sought to cut off western exports of advanced technologies.

But for now they are not directly aimed at Russia’s sales of oil and gas, which accounted for about half of the country’s export earnings last year, and have been buoyed by the recent commodity price rally. Russia is the world’s third-largest crude oil producer and the second-largest gas producer. 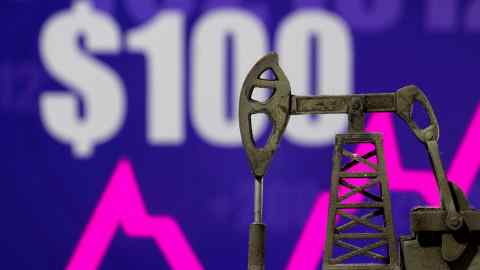 The US on Wednesday imposed sanctions on the company that owns the Nord Stream 2 gas pipeline between Russia and Germany, but the project is not yet operational.

US officials have been careful to avoid stoking the oil rally as domestic petrol prices rise above $ 3.50 a gallon to seven-year highs. The surge in prices at the pump has been a big driver of inflation in the US, which was running at 7.5 per cent in January.

“We think we can impose significant harm on the Russian economy without disrupting energy markets and without hitting energy transaction flow,” a senior administration official said at a briefing earlier this week. “There is no need for increased panic in the market.”

Oil prices could rise to $ 130 a barrel or higher if Russian supply is disrupted by the Ukraine war, predicted Louise Dickson, an analyst at Rystad Energy, a consultancy.

Jeff Currie, head of commodities at Goldman Sachs, said in a research note on Thursday that just the “uncertainty around potential sanctions” was creating “a potential supply shock”. Currie said the bank saw “a clear risk” of crude prices rising to $ 125 a barrel even without direct oil sanctions.

The fog of economic war could spook some banks and traders from doing business with Russian companies despite White House efforts to leave oil and gas flows untouched, Kevin Book, an analyst at ClearView Energy Partners, warned in a note on Thursday.

Russia’s main international crude grade, known as Urals, traded at a record discount to Brent crude on Thursday, according to data from S&P Global Platts – a sign that some buyers were shunning Russian oil given the uncertainty around sanctions and transacting with the country’s companies.

“Even narrowly constructed sanctions could have unintended consequences for energy prices,” said Book.

The Biden administration has faced intense political pressure over fuel costs. A Reuters poll this week showed that although there was broad support for imposing economic sanctions on Russia, only about half of Americans supported measures that would result in higher petrol prices.

Biden said on Thursday that he was working with other big oil consuming countries to potentially release crude from emergency stockpiles around the world, in what would be the second such move since November.

The president has also pressed domestic companies to accelerate oil production, even as he pursues an ambitious climate agenda.

But the largest US shale oil producers in recent weeks have promised investors they would keep output growth in check and funnel any influx of cash from higher prices to dividends and share buybacks.

Scott Sheffield, chief executive of Pioneer Natural Resources, the largest producer in the Permian shale basin in Texas and New Mexico, told analysts last week that even “at $ 100 oil, $ 150 oil, we’re not going to change our growth rate. We think it’s important to return cash back to the shareholders. ”

Although Biden said he wanted to keep fuel prices from rising, he argued that imposing economic pain on Russia was necessary.

“This aggression cannot go unanswered. If it did, the consequences for America would be much worse. America stands up to bullies. We stand up for freedom, ”he said in his remarks on Thursday.

Future energy sanctions could not be ruled out if fighting in Ukraine continues to escalate, said Jonathan Elkind, a senior researcher at Columbia University’s Center on Global Energy Policy and a former energy official in the administration of Barack Obama.

“While no administration likes to be leading at a time of high energy prices. . . the circumstances that have unfolded in Europe really fundamentally alters the calculus, ”he said. “We’re in ‘Who the heck knows?’ zone at this point. ”