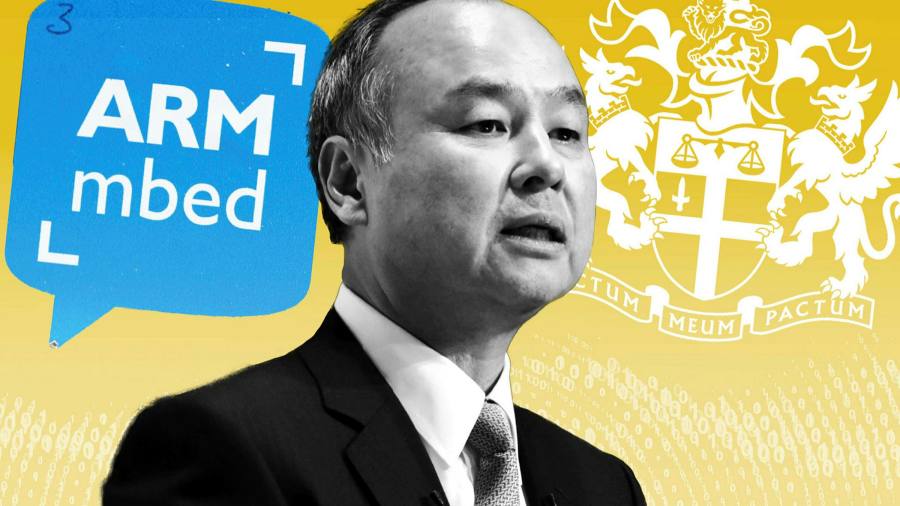 Japan’s SoftBank plans to list one of Britain’s most successful tech companies in New York after a $ 66bn sale to Nvidia fell through, in a move that has sparked a political and corporate battle over the future home of Arm Holdings.

“I believe that Arm is about to enter its golden age and so deep down I would rather avoid this sale as much as possible,” SoftBank chief executive Masayoshi Son said on Tuesday evening, despite the fact that he and his leadership team had spent 18 months working to offload the company to the US chip heavyweight.

“We think that the Nasdaq stock exchange in the United States, which is at the center of global high-tech, would be most suitable [for a listing]”He added.

Rene Haas, the incoming chief executive of Arm, told the Financial Times that the timing of an IPO was “just right”. “We’re entering a really unique supercycle of growth for semiconductors and computers,” he said.

The decision to target the US has already sparked a furore in the UK at a time when the country is experiencing deep insecurities about its ability to retain homegrown technology champions.

The situation stands in stark contrast to when Son swooped in to buy Arm for $ 32bn in the days following the shock 2016 Brexit referendum, when the deal was hailed by Theresa May’s government as a sign of Britain’s global attractiveness.

“Sense has prevailed,” said Hermann Hauser, the veteran European tech investor who was involved in the founding of Arm 30 years ago and spearheaded the campaign against what he described as “the creation of another American monopoly.” Hauser was a rare outspoken critic of SoftBank’s initial acquisition and went on to join prominent UK tech investors and entrepreneurs who cried foul at Arm’s sale to Nvidia.

“London is where Arm belongs, it’s a UK company,” he said. “But whether London has a deep enough market to get an IPO of that size away is an issue.”

Given the sensitivity around losing a treasured tech asset, business secretary Kwasi Kwarteng has faced calls to ensure that Arm’s listing would be in London, even though the British market is widely seen as providing much lower tech company valuations than the US.

Darren Jones, chair of the business select committee, said: “If SoftBank decides to list elsewhere, this would raise serious questions for the Treasury on its work to make London the most attractive place to raise funds for technology companies.”

But while ministers have signaled a desire for Arm to list in London, there appears no plan yet to enact a formal mechanism to force the move.

Instead, the London Stock Exchange is expected to enter talks with Arm, touting the benefits of a UK listing including recent changes to regulations that allow companies to put a smaller share of the company on the market. Arm could also pursue a dual listing in the UK and the US, which it had before being bought by SoftBank.

Hauser said the affair was a wake-up call for the UK government: “What they should have done is never sold it to SoftBank in the first place.”

Arm has suffered from low revenue growth under most of SoftBank’s ownership, though the company’s royalty revenue, the best measure of its underlying growth, rose 22 per cent in the past nine months as 5G demand picked up and newer markets kicked in.

In pursuing a flotation, Arm may benefit from favorable market conditions given that a global chip shortage has driven up prices and increased the valuation of semiconductor companies around the world. Many investors see chips as a pure play on every technology of the future: smartphones, data centers, mobility and cars.

Haas said that under SoftBank, “we were enabled to invest more aggressively than we might have as a pre-SoftBank company”. But, he added, the company still had to make tough choices around what to invest in and shed a number of product lines.

“You just have to be very smart about the choices you make and ensure that you’re making those choices in the right growth markets because I think for Arm that’s probably our single biggest challenge,” he said.

Strengthened by capital raised from a public listing, Haas said Arm would focus on investing in new intellectual property from the automotive sector to devices that will power the metaverse.

Arm’s progress in data centers, where Big Tech companies such as Amazon, Google and Facebook have traditionally relied on Intel chips to power giant server farms, is also seen as crucial to its success. Haas helped secure a vital partnership with Amazon Web Services, which has created its own server chips, displacing Intel’s technology. 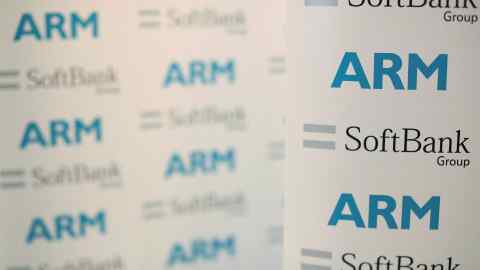 Though a public listing could provide significant upside for Arm, the picture for SoftBank is less clear.

The company reported on Tuesday that its net profit in the final quarter of 2021 fell 97 per cent year on year, after a sell-off in global tech stocks and a regulatory crackdown in China weighed on many of the companies in its portfolio.

The results highlighted the growing challenges for SoftBank’s business model – once compared by Son to a goose laying “golden eggs” – at a time when interest rates increase signaled by the US Federal Reserve have spurred investors to dump growth stocks on which SoftBank’s funds have placed large bets.

In a note to investors last week, Jefferies analyst Atul Goyal questioned some of SoftBank’s past listings. Some of the larger private investments have suffered losses and, with the exception of Alibaba, have performed poorly. Arm’s listed stock price, he added, could end up suppressed by a permanent concern that SoftBank would, at some point, reduce its stake.

“Because SoftBank itself has rarely ever exited, SoftBank investors have rarely benefited from those listing prices,” wrote Goyal, who added that a better strategy would be to sell a majority stake to a consortium of Arm’s customers ahead of an IPO.

Regardless of political concerns, an under-pressure SoftBank is determined to find a solution from which it can profit most. “We were in the middle of a blizzard and the storm has not ended,” said Son.