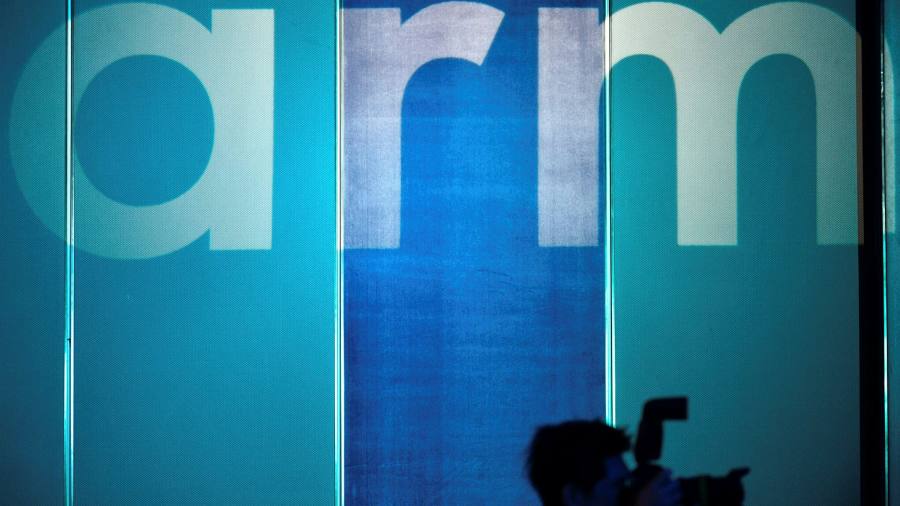 SoftBank’s float of UK chip designer Arm is jeopardized by an escalating battle at its renegade China unit, following a failed $ 66bn sale to Nvidia.

The head of the joint venture, Allen Wu, has launched a third legal case against Arm China through one of his shareholder companies, according to a court filing obtained by the Financial Times.

It is Wu’s latest effort to maintain control over the crucial business unit and risks disrupting SoftBank chief Masayoshi Son’s plan for Arm to be listed on New York’s Nasdaq exchange. A planned merger with Nvidia collapsed this week amid political and regulatory resistance in the US, UK and Europe.

Arm executives admit that “management turmoil” at the Chinese division “needs to get resolved” for Son’s plans to be realized. “Even if we were not doing an IPO that would still be something we would be focused on,” said Inder Singh, Arm’s chief financial officer on Tuesday.

At stake in this case is the fate of Arm’s most valuable asset – control of its intellectual property – in the world’s largest smartphone market, at a time when the US-China “arms race” in semiconductors is intensifying.

A lack of clarity over the financials of a key business unit, and legal battles in a notoriously hostile chip market, pose a thorny challenge to the IPO process, potentially making it difficult for investors to value Arm’s business.

Arm’s struggle to regain control of its joint venture in China has dragged on for almost two years, during which the country’s flood of semiconductor spending has made the unit ever more valuable.

Arm has been unable to dislodge Wu since June 2020, when he disregarded a 7-1 vote by Arm China’s board to remove him.

Wu remains the joint venture’s legal representative and holds its “chop” – or company seal, through which official documents are authorized – making it difficult to dislodge him under a centuries-old Chinese system. He at one point hired a security team to deny Arm representatives entry to their Shanghai offices and installed an email filtering system to block headquarters’ messages.

Wu’s latest case, which was filed in September but has not previously been reported, aims to get himself reappointed to the Arm China board, according to two people involved in the situation. SoftBank did not respond to requests for comment.

Arm warned last month that it was unable to verify Arm China’s revenues due to the dispute. “I am hopeful that we are possibly on a path that might be able to resolve some things,” said Singh, but warned he could not “prejudge” the outcome.

In its annual report for the year to March 2021, published on the UK’s companies registry last month, Arm outlined concerns regarding Arm China’s senior management team, including “the appropriateness of payments in 2019 which were previously charged against profits of Arm China”.

Arm said in a statement that it continues to receive license revenue from Arm China, and is working with all key parties to resolve the disputes.

An Arm China spokesperson speaking on behalf of Wu and the company said they continue to provide financial information to Arm and that it “is a key contributor to the growth of Arm’s business”.

“We are fully supportive of Arm’s IPO plan as its long-term China partner and value contributor,” the spokesperson said, declining to comment on legal matters.

Arm China has historically contributed around a fifth of Arm’s overall sales. The revenue Arm received from the China business decreased from $ 483.5mn in the year to March 2020 to $ 407mn in the following financial year, according to Arm’s accounts.

The extent of Wu’s grasp on Arm China, which SoftBank set up with Chinese partners in 2018, was not entirely clear until relations began to fray and Wu assumed control of a key investment firm, bringing four out of six of the joint venture’s shareholders into his hands.

His latest case adds to the legal queue, with the local court yet to even hold an official hearing on his earlier suits brought 18 months ago.

Top officials in Shenzhen, where Arm China is registered, have in recent months shown interest in sorting out the stand-off, according to two people involved in the matter, who say they are hopeful that city leadership may help force Wu out by changing the official business records.

Tudor Brown, who co-founded Arm in 1990 and was an executive at the company for 22 years, described the situation as “a mess by any measure”. He added: “It has to be resolved. You can not do an IPO when 20 per cent of the company’s revenues are not auditable. ”