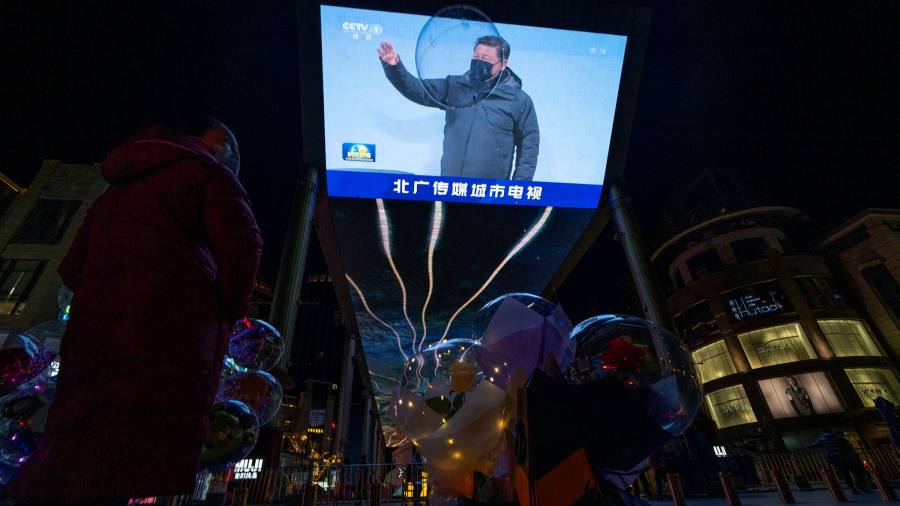 As Argentina’s president Alberto Fernández backed out of Beijing’s Great Hall of the People, his ambassador delivered a final message to Chinese leader Xi Jinping: “Without the Communist party, there would be no new China!”

The jingoistic line – the title of a famous revolutionary song – was received warmly. “Well said, well said,” Xi responded last week from behind a surgical mask embossed with the red flag of the People’s Republic of China. “Thank you for your support.”

The exchange – later broadcast by Chinese state media – was one of a series of meetings held between China’s leaders and more than 30 autocrats, democratic leaders and royals on the sidelines of the Winter Olympics.

They came to Beijing despite US calls for a diplomatic boycott in protest at Xi’s crackdowns on Xinjiang and Hong Kong and highlighted China’s new standing in the international order, according to former government officials and China foreign policy experts.

“The vision of foreign heads of state speed dating with Xi Jinping in Beijing is something to behold,” said Nadège Rolland, a former senior adviser to the French defense ministry, who compared it with the ancient Chinese tributary system.

China has also offered support for Moscow as the west opposes Russia’s military build-up on the Ukraine border, deepening Beijing’s divide with Washington.

The Olympics, according to Dawn Murphy, a foreign policy expert at the US Air War College and author of China’s Rise in the Global Southhas illustrated that “China has a lot of friends in the international system” after years of building stronger economic and political bonds, particularly in the developing world.

“Many of these countries have a deep appreciation for China’s non-interference and non-intervention stance, associated with sovereignty,” she added.

The meetings have been used to unveil a number of initiatives, including Xi backing Putin’s opposition to NATO expansion and new Sino-Russia gas deals. Argentina joined the Belt and Road Initiative, Xi’s flagship infrastructure building program, paving the way for waves of investment into South America. Analysts expect new Chinese arms sales to Pakistan to follow Khan’s meeting with Xi.

Rolland, now with the National Bureau of Asian Research, a US think-tank, noted that in exchange for trade and investment the leaders paid “homage” and offered “deference” to Xi, and have endorsed the Chinese governance model.

Such exchanges are part of an “older worldview, that is actually deeply ingrained in the way that Chinese elites are thinking about their own role on the global stage right now”, she said.

Xi’s meetings with the leaders of Muslim-majority countries, such as Khan, spotlighted their silence over China’s actions in Xinjiang, the north-western region where more than 1mn Uyghurs have been interned.

“Part of them not wanting to criticize China is because they do not want to bring themselves criticism of their own internal human rights issues,” Murphy said, adding: “Many Arab countries do not necessarily see the Uyghurs as being ethnically the same as them because they come from Turkic origins. ”

The number of leaders and dignitaries in Beijing was still well below the more than 80 present inside the Bird’s Nest stadium for the opening of the Beijing Summer Olympics in 2008, which included former US President George W Bush and Nicolas Sarkozy of France. 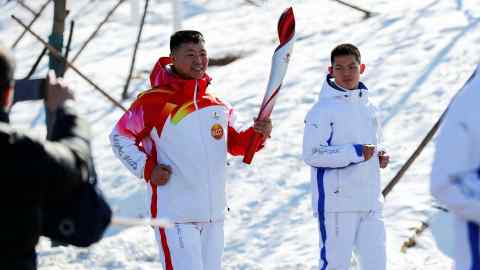 The stark difference in mood, according to Paul Haenle, a former senior US security and China adviser who traveled with Bush to the Games, reflected that the world was “dealing with a very different China today”.

In 2008, there was hope over China’s integration into the international system. But “China feels they’ve integrated into the system as far as they want to and it’s about the international order accommodating to China’s differences and preferences”.

Xi’s burst of face-to-face diplomacy marked a change for the Chinese leader, who has not left his country since the start of the pandemic two years ago.

China’s media has attempted to portray the meetings and limited international boycott – nine governments, including the UK, Canada and Australia joined the US-led effort – as an act of “solidarity”. Beijing has also touted the “close friendship” between Xi and Putin.

“The presence of the guests, despite the US-led farce of a so-called ‘diplomatic boycott’ of the Games, attests to another flop of the US,” one commentator wrote for Xinhua, the state news agency.

However, despite signs of closer Sino-Russian ties Haenle questioned the enthusiasm in the halls of power in Beijing for Xi’s “bromance” with Putin.

“When I talk to Chinese government officials about Russia policy, I do not get the sense that there’s a great deal of shared culture and warmth between the two peoples,” he said.