Spotify spat shows why Joe Rogan and his podcast matter 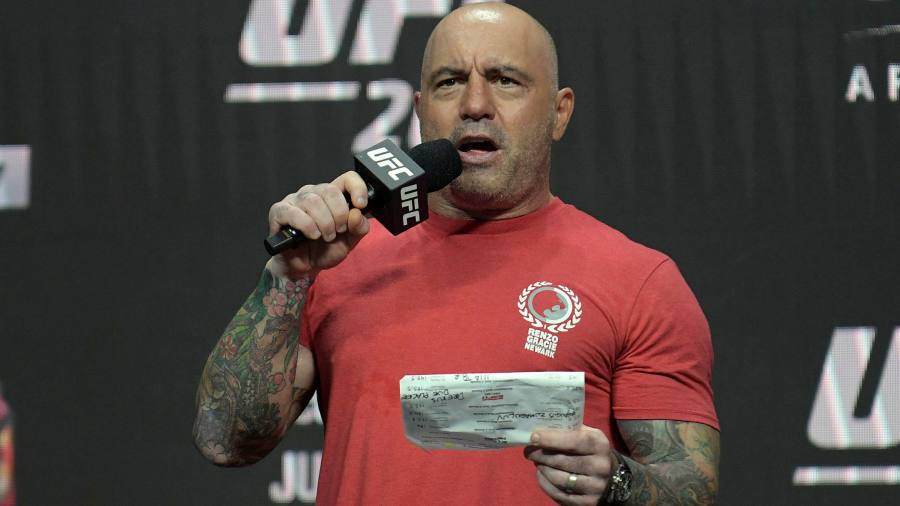 You know an issue must have crossed into the mainstream when Prince Harry and Meghan Markle deem it worthy of a statement. The Duke and Duchess of Sussex, who in 2020 signed a deal with Spotify estimated to be worth $ 25mn, “broke their silence” on the streaming platform’s row over Joe Rogan’s podcast on Sunday, to express their concerns about the “all too real consequences of Covid-19 misinformation ”.

Rogan has broken his, too. The podcast host took to Instagram to post a 10-minute video on Monday, which has been viewed well over 7mn times. He apologizes for having upset anyone in the two episodes of his show that have caused the most controversy, both of which feature scientists who express critical views of Covid vaccines. He says he will try to do things better – such as by adding disclaimers on episodes that include contentious scientific opinions, or by following these up with episodes featuring opposing viewpoints.

“I’m just a person who sits down and talks to people,” Rogan says to camera. “Do I get things wrong? Absolutely. . . but. . . whenever I get something wrong I try to correct it because I’m interested in. . . finding out what the truth is. ” He added: “I’m not interested in only talking to people who have one perspective.” He finished by thanking “the haters”, because having such people makes you reassess what you’re doing and put things into perspective. . . and that’s good too ”.

The contrast between the vague virtue-signaling of the Sussexes’ statement and Rogan’s engaged response – which seemed authentic, humble and searching – shows why his show has become Spotify’s most popular podcast. With an estimated 11mn listeners per episode, the 54 year-old comedian and mixed martial arts commentator must be considered one of the most influential media figures in the world.

With that power comes moral and intellectual responsibility and Rogan does not always seem totally aware of that. He was perhaps not mindful enough of the potential impact on his mainly young fans when he casually declared that if a fit and healthy 21-year-old asked him whether to get vaccinated, he would tell them not to.

He also gets his facts wrong sometimes, despite asserting them confidently. But when he is wrong, he admits it, as he did recently when his claim that young people were at greater risk of developing myocarditis after the vaccine than they were after contracting Covid was swiftly corrected by a guest on his show.

One should not imagine that if Rogan were shut down, we would be rid of anyone wanting to pursue ideas that run against the grain. Nor should we want such a world – as Rogan points out in his video, some things once dismissed as conspiracy theories, such as the lab leak theory of Covid-19’s origins, are now considered plausible. Conspiracy theories did not spring into being with the advent of podcasts or the internet – Gallup polling suggests that in 1976, 81 percent of Americans believed there had been a conspiracy to kill John F Kennedy, contrary to the official line.

It is surely healthier, then, to have someone like Rogan willing to discuss controversial opinions with those who hold them than to confine these people to a corner of the internet where they are less visible but also less easy to correct when they are wrong.

That’s quite apart from the fact that it would be utterly ineffective for Spotify to oust Rogan. The idea that the company gives him a platform that he would otherwise lack is fanciful. When Spotify reportedly paid more than $ 100mn for the exclusive rights to Rogan’s podcast in 2020, it was so as to benefit from the platform he already had.

I told a friend that I might write about Rogan in my column this week. The response I got was “Oh, God!” and a grimace, quickly followed by a confession that she had actually never listened to his podcast. The truth is that many of the people castigating Rogan haven’t either. If they had, they would know that the presenter is a genuinely open-minded host who seeks out all sorts of opinions rather than blindly following those of a particular tribe, and who seems genuinely keen to pursue the truth.

Joe Rogan does not need Spotify, but Spotify needs him; maybe we all do.

The limits of western sanctions on Russia