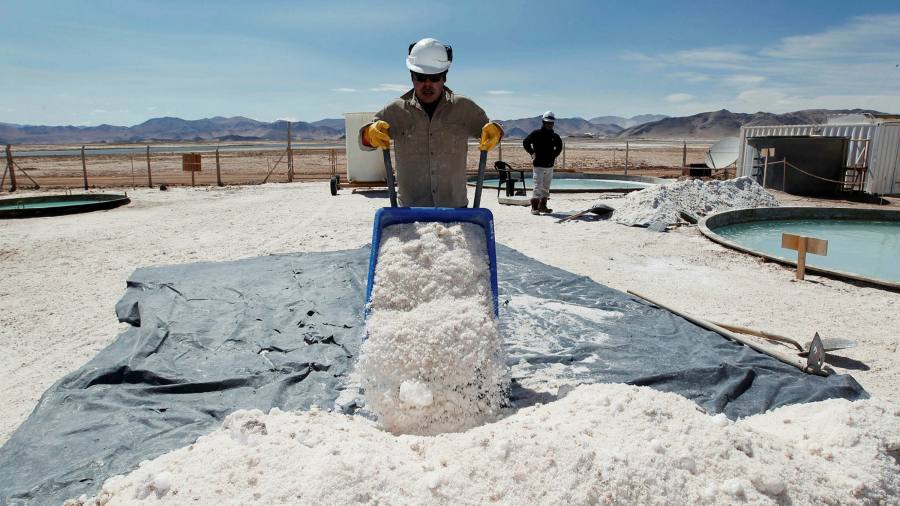 Lithium is the new “white gold” because of its key role in electric vehicle batteries. Its price quintupled in the past year. Latin America has the largest reserves and produced about a third of the world’s lithium last year. A new bonanza for the region?

Not necessarily. The “lithium triangle” where most of Latin America’s proven resources are located, offers sobering lessons. Of its three nations, Chile and Argentina are way out in front, while Bolivia is struggling to start.

“Argentina is definitely standing out above its peers in attracting major investments in lithium extraction,” says Emily Hersh, chief executive of Luna Lithium in Nevada and a specialist on mining in South America. Argentina has had multiple close-to-billion-dollar transactions and investments. . . in the last eight to 12 months. ”

Across the border in Bolivia, the story is radically different. The country has potential: the world’s largest lithium salt flat and the biggest proven reserves.

But successive socialist governments have given the state a central role in exploiting lithium, private companies have gone away empty-handed and local communities have rejected the central government’s authority to negotiate. Despite years of promises, large-scale production has yet to begin.

“Bolivia has a traumatic relationship with natural resources,” says Roberto Laserna, a Cochabamba-based economist, referring to the history of silver mining under Spanish colonial rule. “People here believe that our mineral reserves expose the country to the voracity of foreigners.”

Excitable talk by some of Latin America’s leftwing governments about a “lithium opec” cartel of state producers to control prices ignores the reality that “white gold” is a very different proposition to oil or precious metals.

Lithium is tricky to exploit. Highly reactive, it is not mined in pure form. It is complex and costly to extract (from brine, as in Latin America, or from rock, as in Australia) and convert into battery chemicals. Although abundant globally, few deposits are commercially viable. Most production comes from Australia, Chile, China and Argentina, and most processing is done in China.

“A new mine would typically take six to eight years to start,” says PJ Juvekar, head of materials research at Citi. “What companies want to see is a stable royalty structure that is transparent.”

Chile has enjoyed a stable regime and is by far Latin America’s biggest lithium producer. The two companies there, Albemarle of the US and Chile’s SQM, are increasing investment.

SQM is spending $ 400mn in Chile in 2021-22 and committing $ 700mn to Australia, where the tax regime is friendlier, in 2021-24. “Chile is much tougher than Australia and Argentina on lithium royalties,” says Stefan Debruyne, director of external affairs at SQM. “Our lease agreement there comes close to a 50-50 split of gross margin with the state and local communities”.

Chile’s incoming leftwing president Gabriel Boric wants to create a state lithium company but SQM and Albemarle believe this will not hurt them.

“We do not see any material impact on our operations as a result of the Boric administration,” says Ellen Lenny-Pessagno, vice president of government and community affairs at Albemarle. “He’s made it very clear he is not going to impact the two existing operators.”

Past experience in Latin America suggests that a successful lithium policy involves a stable regime with a fair split of revenues that provides an incentive to private companies. 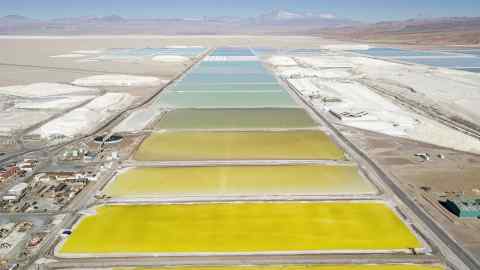 Mexico’s veteran nationalist president Andrés Manuel López Obrador has other ideas. “We are going to create a Mexican (state) company for lithium,” he said last week. “. . . Mexico is about our sovereignty. No more of this ‘there is a mining concession’. . . the lithium concession is special and it has already been decided that lithium will be exploited for the benefit of Mexicans ”.

The longer-term risk may be that Mexico’s lithium never gets exploited. The Biden administration is offering incentives to produce lithium in the US and if global prices remain high, there will be a push to diversify output. “At current spot prices, producing lithium from seawater may even become viable,” says SQM’s Debruyne.

That will be of little help to landlocked Bolivia, trapped in its state-centric mining model. “It seems that Bolivia is condemned to be a prisoner of its nationalist identity and this will stop lithium ever being produced,” says Laserna.