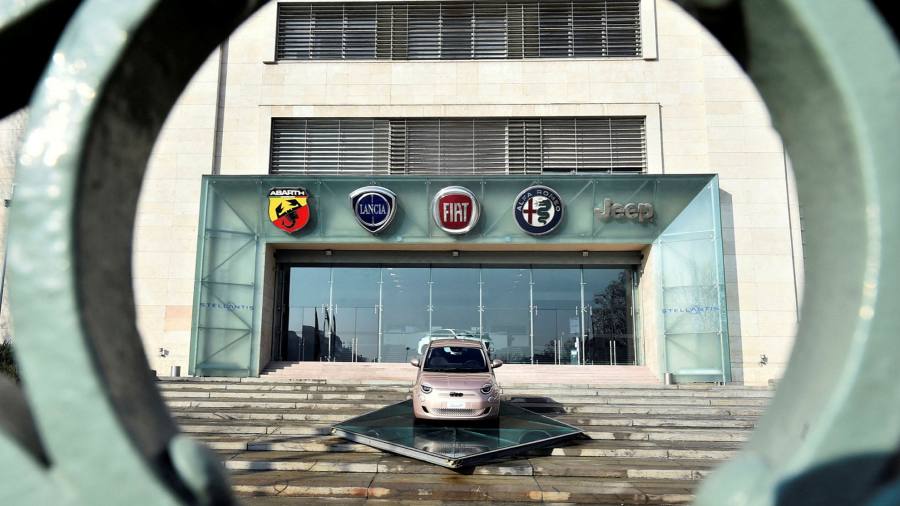 Stellantis posted a higher than expected rise in profits and revenues for 2021 and beat its margin target, as it focused on its most profitable cars to ride out an industry-wide semiconductor shortage.

The Dutch-based group, created through the $ 50bn merger between Peugeot maker PSA and Fiat Chrysler, said it was advancing more rapidly than planned with cost savings derived from that deal, which had also boosted earnings.

Like rivals, Stellantis was affected by chip shortages just as it stepped up a push into producing more electric vehicles. Its car shipments in its core European market suffered as a result last year, although revenues in the region rose. Sales in North America, where it makes Jeep cars and Ram pickup trucks, also increased year on year.

Overall, pro forma revenues at the group rose 14 per cent from the previous year to € 152bn, while net profit nearly tripled to € 13.4bn. Stellantis’ adjusted operating margin was 11.8 per cent, above its 10 per cent target for the year and up from 6.9 per cent a year earlier.

Stellantis, which recently unveiled plans to start exporting commercial vans from a factory in Russia, is due to present a business plan for the group next week, just over a year after the merger that made it the world’s fourth-biggest carmaker.