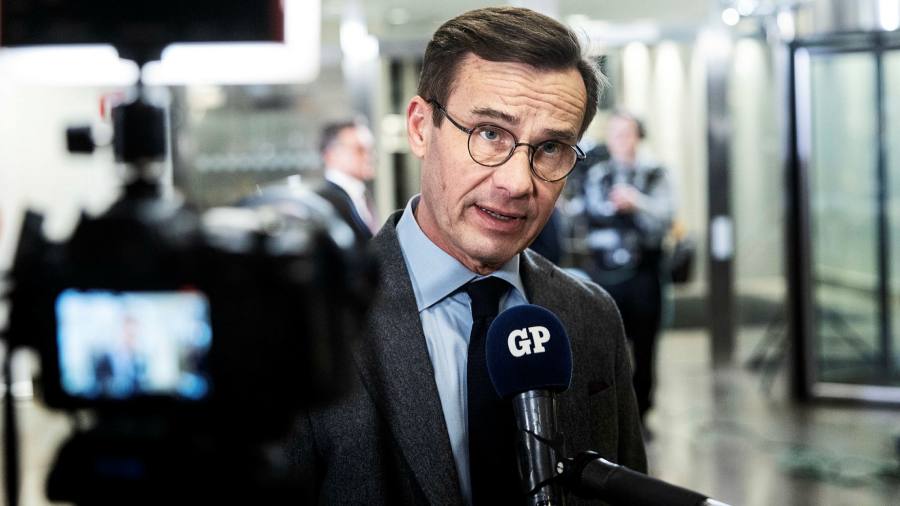 Sweden should make a joint decision with Finland on whether to join NATO rather than play party politics over security issues as Russia’s invasion of Ukraine increases support for the military alliance, according to the country’s main opposition leader.

Ulf Kristersson, leader of Sweden’s center-right Moderate party, told the Financial Times that Social Democrat prime minister Magdalena Andersson risked alienating Finland after she ruled out on Tuesday an application to NATO, saying it would “further destabilize” security in the Nordic region.

Finland is in the middle of a cross-party review of its security policy that is expected to produce a decision by this spring on whether to seek NATO membership.

Andersson’s comments raised concerns in Helsinki that Sweden could leave Finland on its own in case of a potential Russian attack if the latter applied for membership alone.

“It’s very unfortunate if Sweden gives the impression that we do not really believe we are fully capable and fully sovereign to make our own decisions. It’s extremely important that Finland knows we are capable. . . Otherwise, we send the signal to Finland that you’re on your own, ”he added.

Finland and Sweden are the only two non-NATO members among the eight Nordic and Baltic countries, and Russia’s invasion of Ukraine has for the first time generated a majority in both countries in favor of joining the alliance.

Analysts had long assumed Sweden would take the lead in any move to join NATO, as it did with the EU. But increasingly Finland seems more advanced as the country’s political parties promise to discuss the issue openly and comprehensively amid widespread anxiety among Finns over how Russia invaded Ukraine, another non-NATO state.

Kristersson, who could become prime minister in parliamentary elections in September, said: “I would strongly recommend both Sweden and Finland to really be open to making a joint decision.”

He and his party have long been in favor of joining NATO. “I’m quite convinced that we will end up there. I would not right now dare or want to say exactly how or exactly when. That depends to a large extent on what we, together with Finland, would like to agree on, ”he added.

Sweden’s Social Democrat party, which rules in a one-party minority government, has long been anti-NATO, even as it has drawn the country closer to the alliance in the past eight years in power.

Russia has repeatedly warned in the past two months that if either country joined NATO it would have “serious military and political consequences that would require an adequate response from the Russian side”.

Kristersson said the Social Democrats could not make the decision on their own not to apply, and that a majority in parliament wanted to have a “Nato option” embedded in Sweden’s security policy. “These things are too important to trivialize to day-to-day politics,” he said.

He urged the country to follow Finland’s lead and start cross-party discussions with all options on the table with regard to Sweden’s security arrangements.