The importance of the lament 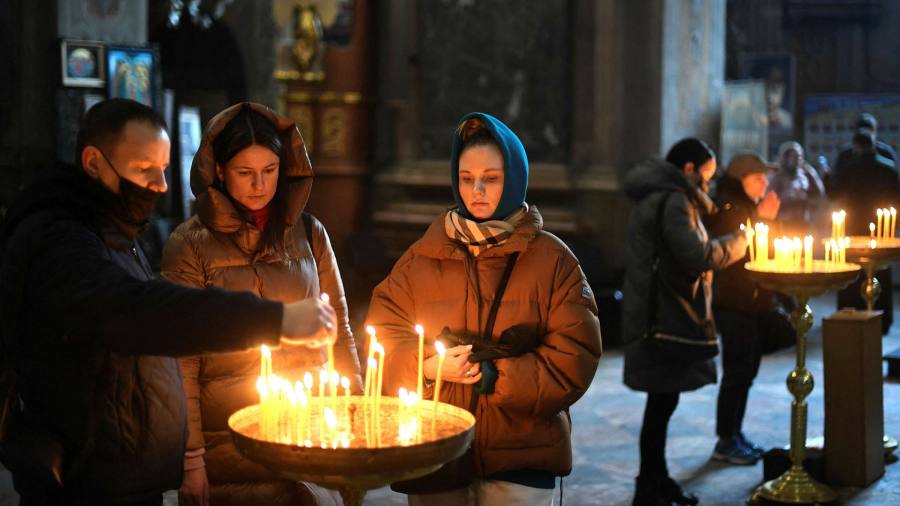 Over the past few days, I’ve been listening to “40”, the last track on U2’s 1983 album, War. It’s a short song, but in its 21 lines oscillating between plea and hope, it opens a space of recognition that leaves a quiet ache in me. The song sounds like both a haunting dirge and a prayer of praise, telling of a grief that has stricken the narrator’s life, while also stirring the memory of times when suffering was blessedly alleviated.

“40” is an abbreviated retelling of Psalm 40. In the psalm, David first remembers and gives thanks for the times he was delivered from past troubles. Then he unabashedly complains about his current suffering and pleads for divine help. In the psalm, the narrator beseeches God not to delay, and in the U2 version the singer poses this plea as a question: “how long to sing this song?”

Psalm 40 is known as one of the many psalms of lament, in which the psalmist openly acknowledges distress, sorrow, suffering and the need for rescue and relief. With recent global events, watching as ordinary citizens fight the unprovoked attack on Ukraine, I’ve been thinking a lot about the darker, more painful and disorienting times of our lives. It’s fitting in some strange way that Lent started this week, a sober time for many people of faith around the world, who will spend the next 40 days reflecting on the contours of their lives, acknowledging where things either individually or collectively are not as they should be.

The hope of Lent is that reflection leads to real action, to a turning away from what breaks down, distorts and disorients, towards what unifies, heals and empowers. Right now, I suspect that any reflection on the world must invite us to consider the reality of human despair, and to remember that honoring the individual and communal need to grieve is not only essential for our deeper wellbeing, but also a necessary and faithful response to the experience of being human. The ability to name our grief and to speak it is part of bearing witness to what we hope for and imagine for our lives.

In addition to the catharsis of it, lament has a powerful social function. It boldly acknowledges that things are not as they should be. And that is one of the first steps towards any consideration of how to turn things in a new direction.

When we lament, whether for ourselves or for others, it is less about pointing fingers and more about simply acknowledging the pain that comes with being human

In these times of distress, one of the things I keep returning to is the work of Walter Brueggemann, a theologian and Old Testament scholar who has thought a lot about the role of lament, specifically in the psalms and within ancient faith communities. But also how this speaks to the way we live now.

In his book Praying the Psalms, he suggests that the psalms speak of three principal rhythms of life. Rhythms that are part of “our common human experience”. Brueggemann calls them orientation, disorientation and reorientation. Lament is a necessary part of the experience of disorientation. It feels valuable to consider that in periods of our own lives where we feel lost or caught in despair and suffering, psalms of lament offer what Brueggemann calls a “language of disorientation”, what I understand as a geography of language, words that make space for grief, and that can remind us to face our painful realities.

So even as we try to figure out how to address the things over which we grieve, there can still be room for open lamentation. I think lamenting is a courageous act because it refuses to look away from what is broken. When we lament, whether for ourselves or for others, it is less about pointing fingers, at least for the moment, and more about simply acknowledging the pain and devastation that comes with being human. Lament understands that naming reality is part of what enables one to address it and move towards a new reality. It is a way of bearing witness to injustice when we see it, to the unfairness of life, and yet also to a deeper belief in a world where we can seek help and have the agency to make decisions and take action so that pain and suffering are not the accepted order of the day.

Yet there is another way lament plays a vital role in our life experiences. Brueggemann notes that psalms of lament, which were still prayers, afforded a certain interior formation. Basically people knew how to hold pain and suffering with hope and faith. To grieve, mourn and lament does not necessarily mean to give up.

As I’ve been listening to that U2 song, I’ve tried a few live versions. And in these extended renditions there’s often a section where the audience picks up the refrain after the band ends, asking aloud how long will songs of lament be necessary? How long before respite? How long until things are as they should be? In the unified voice of a people it sounds like many things: like protest and like prayer, like plea and like perseverance. “How long to sing this song? How long to sing this song? ” Our voices are here, joining the chorus.

How do I tell my daughter about the war?