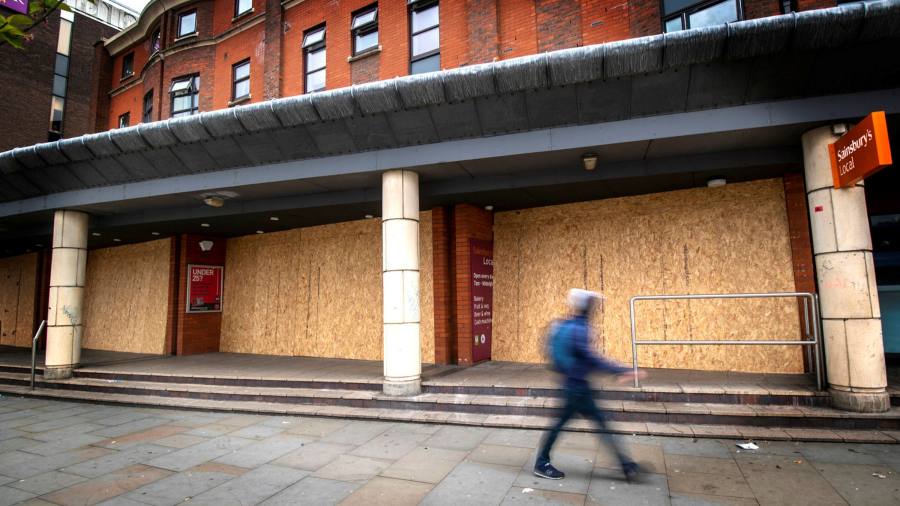 In the aftermath of the Brexit referendum and the 2019 general election, poorer regions of the country have become political battlefields. “Leveling up” the condition of these areas has duly become an urgent challenge for the government. But the concern is far wider than this. These areas also contain much social deprivation, especially in health and education. Above all, the country has exceptionally large gaps in regional productivity. Raising the productivity of less productive regions would deliver big national gains.

This is the background to the white paper on “Leveling Up the United Kingdom”. The good news is that it contains thorough analysis, clear aims and sensible policy steps. The bad news is that many goals will be unachievable and the plan under-resourced. An optimist might declare, nonetheless, that a journey of a thousand miles starts with a single step. Here, moreover, is more than just one step, but many helpful steps.

Twelve “missions” in four areas are set out in the paper, all of them to be delivered by 2030. Many look extraordinarily ambitious, given the short time period and the shortage of new money. The paper says, for example, that “by 2030, employment and productivity will have risen in every area of ​​the UK, with each containing a globally competitive city, and the gap between the top performing and other closing areas”. An examination of the listed policies indicates that the resources are too limited to deliver such goals. The argument in favor of such missions is, nevertheless, that they offer benchmarks against which performance can be judged. If the latter is properly measured, the focus and coherence of government efforts should improve over time.

The paper also discusses the role of physical, human, intangible and financial capital in driving growth and shows how large are the regional divergences on all four. But huge changes will not happen in just eight years, especially in a slow-growing, Brexit-hit economy. Such realities can only improve slowly.

The paper does offer a nuanced discussion of policy. It emphasizes in particular our current understanding of the externalities involved in decisions over location. Businesses are strongly influenced by the decisions of other businesses, all of which also respond to the quality of local resources. A local policymaking center with tax, spending and planning powers will be needed to create and manage these resources well.

The need for local knowledge and accountability makes devolution vital. But it must be to authorities that are able to accomplish the needed tasks. Some progress is being made. But these are still baby steps, especially on fiscal autonomy. Local governments need to be able to set their own taxes, including on commercial property, since its value reveals the quality of their decisions.

Yet, crucially, as the Institute for Fiscal Studies notes, many of the failings the paper wants to remedy – in education, skills, health and transport – “lie directly within government control” (my wife advises the prime minister on skills policy). Moreover, these resources are not just controlled by the central government, but by the Treasury. If you think the latter is truly committed to making this plan work, you are deluded. The Treasury instinctively believes transformational plans are a waste of money. The chancellor of the exchequer likes cheap gimmicks of his own, such as freeports.

To be clear, these policies are not a waste. On the contrary, not only is the case for leveling up strong, it is feasible, in the long run. Yet, as the paper notes, “reversing history requires long-lived, sustained and consistent policy efforts that are commensurate with the scale of disparity. This is a key lesson from international experience where successful programs have often spanned decades and have clear and consistent medium-term objectives. ”

The way to look at this paper, then, is as a call to arms. It makes clear the scale of the task and the need for action. It shows that delivering what is needed requires an enduring and co-ordinated response, local empowerment, private-sector engagement, meticulous monitoring and accountability and, crucially, reliable funding. Moreover, a good portion of the expenditure required should be treated as investment, not as current spending. Given the government’s ability to borrow at negative real interest rates over the long-term, that should also be perfectly financeable.

Yes, the paper overpromises. But a true “whatever it takes” moment would require a credible commitment from the whole of government. Under a battered Boris Johnson, this cannot now happen. Sir Keir Starmer should now seize the moment to take the goals and much of the program as his own.