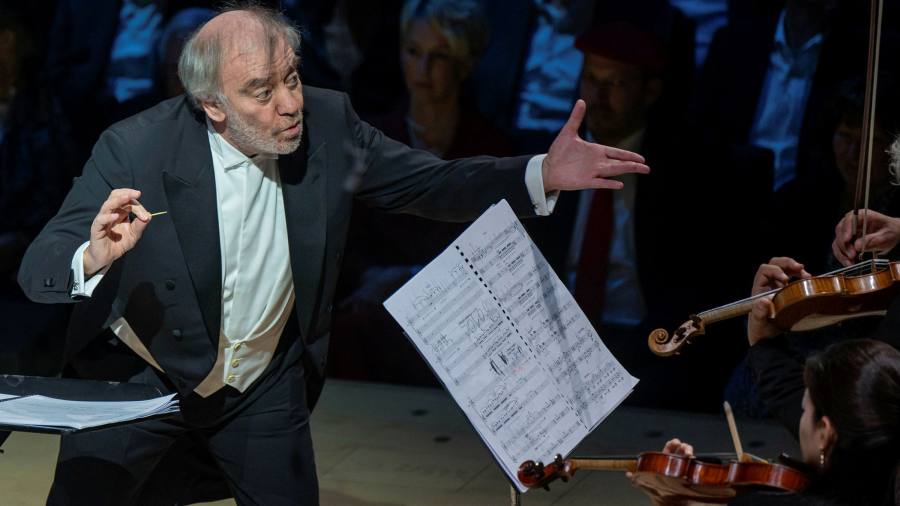 For three decades, he was one of the world’s most sought-after conductors, performing in the best concert venues, from London to Tokyo. Six days into Russia’s invasion of Ukraine, Valery Gergiev has gone from international celebrity to pariah of the classical world.

On Tuesday, the 68-year-old maestro was sacked from his position as chief conductor of the Munich Philharmonic. Dieter Reiter, the mayor of Munich, said in a statement he had asked the Russian maestro to “clearly and unequivocally distance himself from the brutal war of aggression that Putin is waging against Ukraine”.

But Gergiev, a Putin supporter who publicly backed Russia’s 2014 annexation in Crimea, refused to respond to Reiter’s request.

He is among a growing list of Russian stars who find themselves the new target of the campaign to isolate Moscow, which is no longer limited to economics, finance, or military aid.

Many are facing cancellations and suspensions in response to their failure to distance themselves from Moscow’s military aggression, the largest ground invasion since the second world war.

Gergiev, general director of the Mariinsky Theater in St Petersburg, was also forced to resign from the Edinburgh International Festival in Scotland and give up a performance at Milan’s La Scala.

“Being a musician does not free you from being a citizen, from taking responsibility,” Russian-German pianist Igor Levit commented on his Instagram account, adding the #StandWithUkraine hashtag.

In the world of sports, meanwhile, Russia’s invasion has forced the industry to abandon its self-proclaimed political neutrality.

The International Olympic Committee, which runs the Olympic Games, recommended that Russian and Belarusian athletes and officials be barred from participating in international events, pointing out that many Ukrainians, trapped by the war, could not participate.

Fifa, which characterizes sport as a “vector of peace and hope”, initially resisted pressure to bar Russia. But on Monday, world football’s governing body agreed with Uefa, its European-level equivalent, to eject Russian teams from their competitions.

The Football Union of Russia has threatened legal action against Fifa and Uefa’s decisions.

Now removed from the Europa league, Spartak Moscow argued the decision undermines the loftier purpose of sport. “We believe that sport, even in the most difficult times, should aim to build bridges, and not burn them,” the team said.

Some have criticized the wave of opprobrium. “Gergiev is not responsible for Putin’s appalling decisions,” political analyst Hisham A Hellyer tweeted. “Moreover, he would continue to have family in Russia, who would face reprisals if he, as a public figure, were to condemn Putin. We can not (rightly) condemn Putin as a dictator, and then demand this kind of public dissent. ”

But efforts to shun Russia in the arts are accelerating quickly. In France, the Cannes Film Festival on Tuesday said it would ban official Russian delegations from its 2022 event unless the conflict in Ukraine ends “in a manner acceptable to the Ukrainian people.”

“We can no longer engage with artists or institutions that support Putin or are supported by him,” Met general manager Peter Gelb said in a video statement. “Not until the engagement and killing has been stopped, order has been restored, and restitution has been made.”

Yet several star performers are standing by Putin – or, at least, are unwilling to stand against him.

Gergiev, despite the cancellations, has made no comment on the invasion.

Star Russian opera soprano singer Anna Netrebko canceled her forthcoming appearance at La Scala shortly after Gergiev was disinvited. Netrebko, who is also an Austrian citizen, celebrated her birthday at the Kremlin last year. She supported Putin in his 2012 re-election campaign.

On Saturday, Netrebko wrote that she was “opposed to this war” but that she was “not a political person.” She criticized the idea of ​​using culture as a political tool: “Forcing artists, or any public figure, to voice their political opinions and public and to denounce their homeland is not right.”

In response, the popular German satirist Jan Böhmermann wrote on Twitter: “Nothing is apolitical, ever, and definitely not art.”

Netrebko and Gergiev have used their cultural prominence in the past to highlight Putin’s geopolitical offensives. In 2014, she was photographed alongside pro-Russian separatist leader Oleg Tsarayov, holding a separatist flag.

After the 2008 war in Georgia, Gergiev conducted a special concert in South Ossetia, a breakaway Georgian region supported as an independent state by Putin.

A performance of Swan Lake by the St Petersburg and Moscow ballets in Dublin were also canceled. The London Coliseum announced it was scrapping the Russian Ballet Icons gala, which was meant to include members of the Bolshoi and Mariinsky ballet.

In Paris, critics have called for the Louis Vuitton foundation’s blockbuster exhibition of the French and Russian paintings collected by wealthy 19th century industrialists, the Mozorov brothers, to be closed in solidarity with Ukraine. Some have called for the works to be seized.

Bringing the show to France, where it had over 1mn visitors, was a political feat for billionaire Bernard Arnault, who owns luxury goods group LVMH, as well as Emmanuel Macron and Vladimir Putin, who hailed it as a sign of friendship between the countries. LVMH declined to comment.

Losing such performances and exhibitions is a financial blow to cultural venues, particularly after two years of the pandemic.

According to German media, for example, some tickets to a performance by Netrebko at the Elbphilharmonie in Hamburg this week fetched as much as € 440.

On Tuesday, that concert was postponed until September, after Netrebko announced she was halting her appearances. “It’s not the right time for me to perform and make music,” she said.

Video: Russia’s invasion of Ukraine: what next? | FT Live