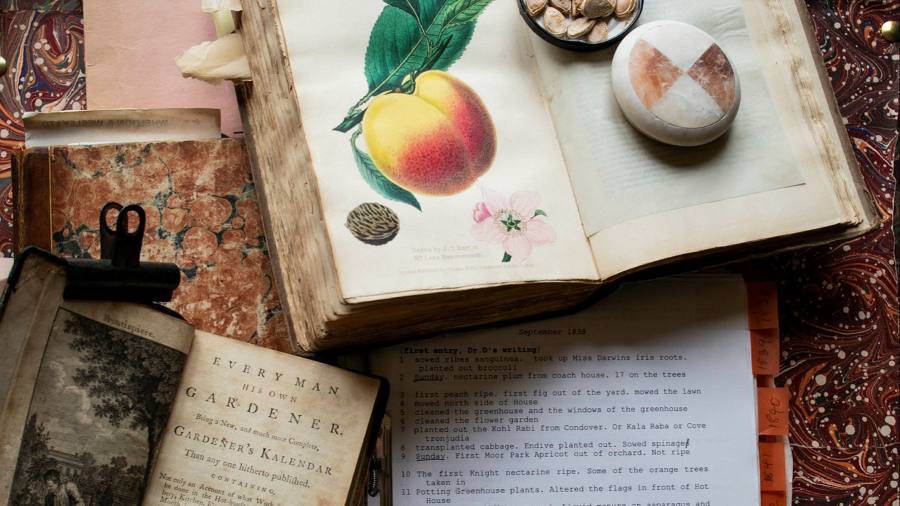 Do you keep a gardening diary? It is one of those good intentions which seldom translate into reality. This weekend, the seasonal rush is about to begin, in which writing and recording lose out to planting and weeding. During it, I lack the discipline to note each flower or fruit under the relevant dates in its life. Gardening diaries are usually personal records, not intended for a wider public. They are written without much literary style and if they ever appear in print, it is usually long after their author’s death. By then they have acquired historic interest, whether because their author has become famous or because they contain details which have become valuable for unexpected reasons. Details of climate are a good example.

We have an intriguing new addition to the class: the garden diary kept first by Charles Darwin’s father and then by Susan, his sister. It spans nearly 30 years, from 1838 to 1865, and relates to the garden on the edge of Shrewsbury in which Charles Darwin grew up: he also returned to it in the first summers after his sea-voyage on The Beagle. He then put down roots in Kent where his garden at Down House retains a look he would recognize. His father’s house, the Mount in Shrewsbury, survives too but the Darwins’ garden there was believed to be lost, until this diary emerged, recording its progress.

New evidence for Darwin and his family, however slight, is quite a coup. In the 1980s, the diary came to the notice of Susan Campbell while she was beginning to work on walled kitchen gardens, the start of her career as a garden historian. It was being offered for sale at an auction, but just as she sped off to inspect it, its owner withdrew it. She traced him and learnt that he had bought the diary from a bookseller to whom it had been brought, unannounced, by “a little old lady”.

Darwin’s father was willing to grow a banana tree and use a heated greenhouse. He planted potatoes that Charles brought from islands off South America and noted their growth

Eventually Campbell was able to buy it and start working on it line by line. She has taken 35 years to transcribe the contents and relate them wherever possible to the Darwins’ lives and letters. She has done an excellent job and even though she has not printed the text word for word, she has deposited it in Cambridge University Library. Her book is rather artily designed, but in it she has distilled the diary’s contents month by month and prefaced them with information about the authors and their relations with Charles himself. She concludes with a full list and discussion of every plant, vegetable and fruit the diary mentions. This section will be important for anyone interested in early Victorian gardening, as some of the varieties named in it are otherwise untraceable, Rose Triomphe de Tire being one. Others are still available and the general list of annuals seems very familiar.

Darwin’s father, Robert, trained as a doctor and married Susannah, daughter of the famous potter, Wedgwood, a master of commercial sales and marketing. Her brother John was a keen gardener, laying out large gardens including one near Bristol, subsidized by the pottery’s profits. Avoiding business, John too went on to keep a garden diary, listing the 62 varieties of pear tree and the 60 varieties of peaches that he grew.

Susannah brought with her a big dowry, from which Robert, aged 30, was able to acquire the Mount, an imposing first-time buy for a young doctor. As his father, Erasmus, was a famous lover of plants and wrote a long poem called The Botanic Garden, it is not surprising that Robert promptly began a garden too. By working back from his diary Campbell establishes some of the trees he first planted, including an oak from “the King’s garden at Naples”. It came from acorns brought back by the Earl of Powis, whose son was probably one of Robert Darwin’s patients and later, certainly, his debtor. Gardening and doctoring often go helpfully together.

Robert was valued as a kind doctor, but had dark bouts of melancholy: Campbell suspects he was bipolar, prone to depression. In his autobiography Charles Darwin recalls how he was sent, aged 10, by his father to count the number of flowers on the garden’s peonies. They were tree varieties, Campbell plausibly infers, and he totted up 160 in the year 1819, 384 in 1820 and 363 in 1821. The diary, Campbell tells us, shows that Darwin’s peonies were often grown in pots, forced into flower in the greenhouse , then returned to the flowerbeds where they refused to flower for another two years. Peonies are the first recorded subjects of careful data-gathering by Charles Darwin: his father hoped he would go on to become a doctor.

In the Mount’s large garden Charles played, misbehaved and was remembered as a naughty child. He recalled how he and his elder brother built a little chemistry laboratory in the garden shed. The kitchen garden, he also recalls, was kept locked at night. The diary shows us more of the work of the shed and the impressive range of the kitchen garden in subsequent years. It contained asparagus, gooseberries galore and much else.

Campbell well connects entries in it with plants and inquiries sent by Charles while on his voyage on the Beagle. His father was willing anyway to grow a banana tree and to make full use of a heated greenhouse. He received plants or seeds of two types of potato which Charles brought from islands off South America and in 1839 noted with typical precision that a plant of one had cropped 39 ¾ lbs. These links between Darwin’s voyages and researches and the Mount’s garden diary are particularly interesting.

Here are some of the entries which Campbell turns into a general guide to this very month, February. Snowdrops, crocuses, dogtooth violets and a white camellia would come into flower: they still do. The lawn might have a first mow. Early flowers opened on apricots, a pear and nectarines. Mint, angelica and thyme were planted out. So were rose cuttings. In the greenhouse salvias, geraniums, hyacinths, primulas, azaleas and so forth were in flower. However, in 1852 the Severn had one of its highest floods for 16 years and in 1855 it froze over. There was frost for five weeks, beginning in February, and “bonfires in the kitchen garden provide respect for the gardeners.” I hope these long cold spells are now past history. 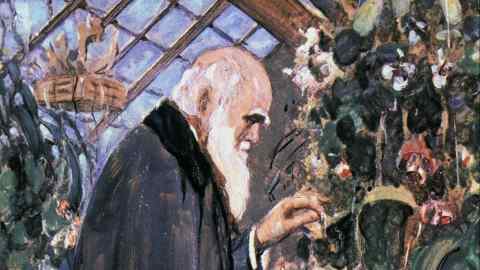 When Robert died in 1848, his daughter Susan kept the diary going. Campbell says she has felt a kinship with this fellow Susan, gardening, just as she has, while working on the diary. Reading the months’ pattern which she has extracted from it, I feel a kinship too. The range of plants indoors and out is wider, but the activities are mostly familiar. In June “mowing is constant” and the young dahlias are finally planted out, as are lobelias and geraniums. “The mulberry tree is a leaf, a sure sign of summer”, as it is indeed a famously late-leafer. There is, however, a major absentee: not a word is said about slugs.