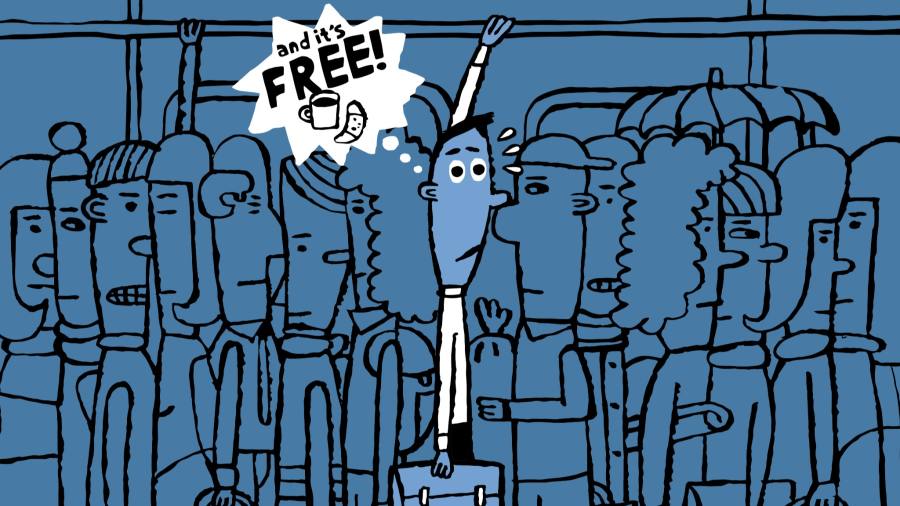 It rained and rained in London last Tuesday. There was a Tube strike. The buses were packed. The roads were choked. The news from Ukraine was sickening.

It was a bleak backdrop to a day that some companies, including mine, had hoped to make special.

This was March 1, the day we were all due back in the office after nearly two years of mostly remote work, and serious attempts had been made to keep us there, starting with the office canteen.

“How much is that?” I asked as I ordered a morning coffee. “Nothing,” came the reply. Hadn’t I read the email?

It turned out that while I had been on leave the previous week, it had been announced that food and drink would be free in the canteen in March and April to help returning workers reconnect.

Mildly stunned, I watched as colleagues loaded their plates with piles of free breakfast pancakes and fry-ups. 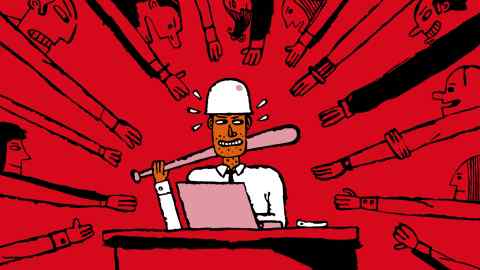 At lunchtime I joined them, scoffing a large free chicken wrap and another free coffee as I wondered if it might be an idea to follow it up with a free oat slice.

Other treats and activities had been organized. A film club with free popcorn. Welcome drinks for new joiners. Most astonishing of all, free back massages.

From what I have read, this puts the FT up there with the likes of Goldman Sachs, which put on free breakfast, lunch and ice cream last year in an attempt to lure staff back to their desks.

This month, free donuts, mocktails and meditation lessons will reportedly be on offer at the Bank of Queensland’s offices in Australia, where other workers are being offered free coffee and lunch delivered to their desks.

These are all excellent developments but I am not sure how well they will work. Delightful as free food is, it is up against a formidable rival in the battle to get workers back to the office: the commute.

The number one reason homeworking employees around the world say they are dreading the return to the office is the time, expense and discomfort of getting to and from their desks each day.

A striking 74 per cent of professionals in the US say the commute is what they dread most about going back to the office, the Korn Ferry consultancy said last week. That’s no surprise considering the average one-way commute rose to a new high of 28 minutes in 2019, according to the US Census Bureau, up from 25 minutes in 2006.

No wonder another survey done for academic researchers last month showed US workers think the absence of a commute is the top benefit of homeworking, far outweighing more time with family, more flexible work schedules and less time spent getting ready for work.

Research suggests commuting is even more loathed in the UK, home to some of the most expensive train fares in Europe if bought on the day of travel.

As it happens, my own journey into the office last week was remarkably agreeable. A kind bus driver let me on without paying after I brandished a travel pass that did not work. I managed to find a seat, even though the bus was jammed with passengers stranded by the Tube strike. Best of all, I sat behind a woman who failed to solve the day’s Wordle puzzle nearly as quickly as I had that morning.

Alas, plenty of commuters had a worse experience. Some had been unable to board crowded bus after crowded bus and ended up walking miles in the drizzle. Others gave up and went home.

The Tube strike caused much of the trouble, but by no means all. It began on the same day as the highest train fare rises in nine years took effect in England and Wales.

For some of my colleagues, that means a daily fare of £ 28, or £ 20 outside rush hour, on trains more congested than they were pre-Covid.

They might have paid this much without too much complaint before the pandemic but, after two years of experiencing a commute-free working week, it hurts.

I suspect it is going to take a lot of free donuts to ease the pain.