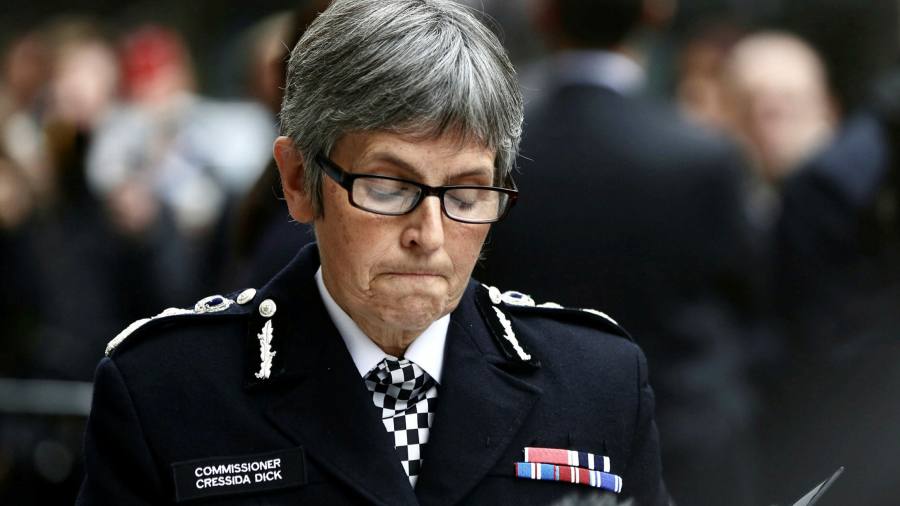 As a former chief constable, I was appalled at last week’s revelations of pervasive bullying, misogyny, homophobia and racism by some officers based at Charing Cross Police Station. Coming so soon after the rape and murder of Sarah Everard by a Metropolitan police officer, and accusations that two officers shared pictures of black murder victims, this is deeply shameful. I had hoped that, after landmark reports such as the Scarman inquiry into the policing of the Brixton riots in the eighties and Macpherson’s inquiry into the 1993 murder of Stephen Lawrence, lessons would have been learned. However, London Mayor Sadiq Khan said this week the current problems are “more profound” than they were at the time of Macpherson’s report.

I have personal experience of abusive practices in the Met. In 1991, after just 18 months in force, I made a complaint about officers who had planted evidence on a young black man. Supervisors turned a blind eye to my accusations, and I was bullied by colleagues who wanted me to keep quiet. Eventually I sought the advice of a commanding officer whose support stopped me leaving the service. The officers involved were eventually arrested, charged with perverting the course of justice, and tried at the Old Bailey, where they were found not guilty. As far as I know, nothing was done to address the behavior I had witnessed.

Police culture matters to us all. While officers in the US and most of Europe carry firearms, those in Britain pride themselves on the principle of policing by consent. If the public trust the police, they are more likely to co-operate with them. This consent has real conditions attached; when police behave badly, as they did at Charing Cross, co-operation is withdrawn and suspicion grows until the whole fragile structure is re-erected.

Unfortunately, research shows that an offensive and bullying front-line policing culture has developed as a response to the pressures officers face: danger and isolation from society. It is a culture that can foster misplaced loyalty and secrecy. It is not enough for police leaders just to pursue “bad apples”. The Independent Office of Police Conduct report into Charing Cross highlights deeper structural weaknesses such as poor supervision, police teams being isolated from each other and no safe ways to report malpractice.

In 1999, when Scotland Yard chief Sir Paul Condon accepted Macpherson’s findings that the Met was institutionally racist, this brought clarity after years of defensiveness. At the time, I was borough commander at Kensington and Chelsea, and witnessed first hand the impressive reforms to officer culture. In Notting Hill, the act of acknowledging the problem, apologizing and rebuilding trust had hugely positive effects. I am proud of our response, but as Doreen and Neville Lawrence said, it was not enough. It came too late for their son Stephen and, all too soon, became regarded as something historical that was no longer relevant – a view that recent examples of shocking police behavior have proved wrong.

Perhaps the most successful culture change was achieved through the introduction in 2005 of neighborhood policing, which made officers directly accountable to their local communities. This radically changed their behavior and outlook, but the cultural gains have been undermined by cuts in police numbers which disproportionately affected neighborhood forces.

History tells us that the scale and entrenched nature of Scotland Yard’s problems is beyond the reach of individual commissioners. Current chief Cressida Dick is stepping down from the role after mounting criticism. But permanent change in the Met will require a long-term plan, and one to which successive commissioners are obliged to commit. This means the Home Office and London mayor will have to see it through. Many would say I’m naive to even imagine this might happen. I sincerely hope I am not.