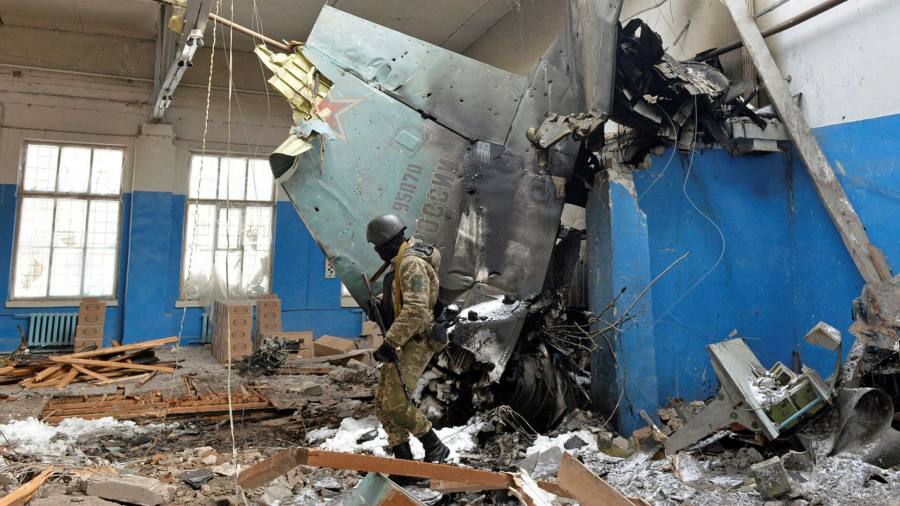 In 1941, Franklin Roosevelt and Winston Churchill agreed on the Atlantic Charter. Their statement of their goals for the postwar order, endorsed by other allies, became the foundation for the UN.

Preparations for war crimes trials followed. So did the Bretton Woods conference on the postwar economic system. Long before military victory, the leaders fighting the war were putting their minds to building peace.

We need the same foresight today. Western leaders have shown firmness and unity in their support for Ukraine in the face of Vladimir Putin’s assault. They can and should do more. But they should also, with the Ukrainians, start working on the peace they want to see if the Russian occupation can be beaten back.

Staking out how to rebuild Ukraine and its place in Europe would not be idle speculation. It would have real effects. When the guns fall silent, many people will still be extremely vulnerable and advance planning is essential to save lives. Crystallizing what Ukrainians are fighting for not only helps maintain their morale, but also shows what other nations undermine if they hold back on support.

Physical reconstruction is the most obvious task. On Thursday, President Volodymyr Zelensky’s adviser Oleg Ustenko already put the cost of Russian damage to Ukraine’s economic assets at $ 100bn. The challenge is not just to come up with headline-grabbing aid pledges, but to ensure that all the working capital the reconstruction effort can absorb flows without delay.

Ukraine’s friends will have to fund the reconstruction – it’s in their own interest to do so. But bureaucratic aid procedures that micromanage the recipients’ work are inadequate for a massive construction effort that must be swift without sacrificing quality.

Corruption in (re) construction contracts is a risk, of course. But so is simple price-gouging in high-pressure situations – as Europe’s experience with Covid-related procurement has shown. That is why Ukraine’s partners should work with it now on funding and materials supply mechanisms. Radical transparency in financing, “trust but verify” arrangements in contracting and large pre-orders can all help.

Ukraine will need institutional restructuring, too. If the country is still free when the fighting stops, a window of opportunity will open for profound changes in how it is run. Those changes should be for the better, not for the worse. A victorious Zelensky, if he surrounds himself by the most professional people, will be in a position to sweep away the oligarchic capture and institutional incompetence that have frustrated reforms in the past.

It is in this context that the EU must see Ukraine’s application for membership. There will never be a better chance for Ukraine to “upgrade” its governance, to entrench what the EU likes to boast about as its “way of life” in a westward-looking nation of more than 40mn people.

The same can be said for infrastructure and reconstruction, which should not be done on the cheap. Ukraine should be readied for integration not just with today’s EU, but with its greener and more digital future incarnation.

The task now is to map out a viable path into the EU for a free Ukraine. This will mean leaving behind the EU old chapter-by-chapter accession process and drawing up instead a staged process where Ukrainian achievements go hand-in-hand with the benefits of deeper integration. At France’s behest, the accession process had already theoretically been adapted in this direction.

While membership “negotiations” are largely about aligning with EU rules, it must be for the Ukrainians themselves to identify the best ways to achieve that alignment. The EU should work with them, not present detailed institutional solutions to be adopted passively. In such a process, the European Economic Area is a natural final way station before membership; other intervening stops should be found.

All this is contingent on the war’s outcome, of course. Even partial victory will leave Ukraine distracted as it prepares for Putin’s inevitable next attack. But uncertainty is no excuse not to plan. Another piece of foresight in 1941, smuggled out of a fascist prison, was Altiero Spinelli’s Ventotene Manifesto which called for a united postwar Europe. It is EU leaders’ historic duty to prepare Ukraine’s European future today.