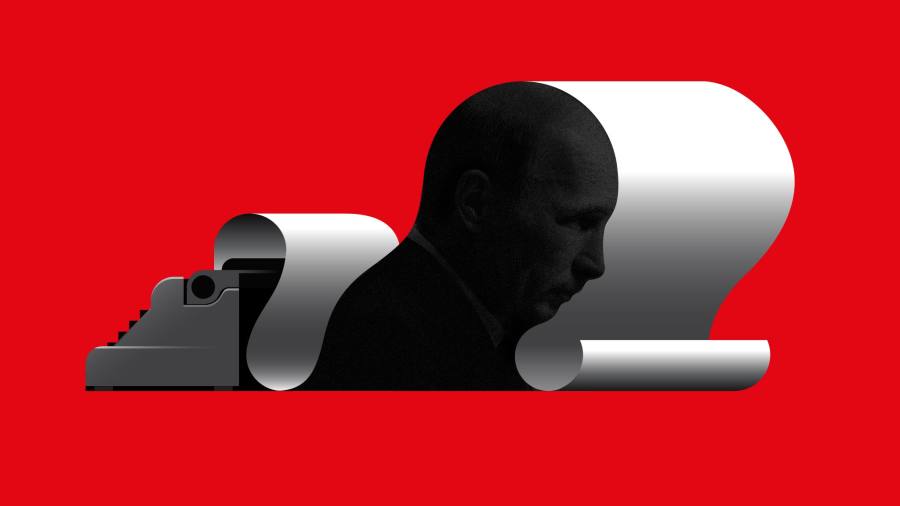 In 1946, the Kremlin’s growing aggression was baffling Washington. In order to explain it, George Kennan, an American diplomat in Moscow, wrote his 5,400-word “Long Telegram”. A year later, he expanded his views in an anonymous article for the journal Foreign Affairs. His writings inspired the west’s policy of “containment” of the USSR, which held throughout the cold war, though Kennan often felt it became too aggressive and militarized. Late in life (he died aged 101 in 2005), he opposed NATO’s expansion into eastern Europe.

A Russophile who always wanted to write a biography of Chekhov, Kennan took the long view of Russian thinking. In places, his writings eerily anticipate Vladimir Putin, who, as a career KGB officer, is a child of the Soviet system. Kennan can still help us read Russia, in the current crisis and beyond.

The Kremlin’s core belief, he explained then, was that a hostile west would collapse under its own contradictions. Russian rulers, he wrote, saw the “outside world as. . . bearing within itself germs of creeping disease and destined to be wracked with growing internal convulsions ”. One day the USSR would deliver the west’s “final coup de grace”.

Putin inherited this worldview, and his life experiences perversely reinforced it. In 1989, stationed in Dresden, he watched East Germany collapse under its own contradictions. In 1991, his own state followed. So he can easily imagine western societies collapsing, too.

To hasten their collapse, Kennan warned, Russia would “stimulate all forms of disunity” in the west. “Poor will be set against rich, black against white, young against old, newcomers against established residents, etc.” Much of this would be done on the subterranean plane. . . by agencies for which Soviet Government does not admit responsibility ”, he wrote, anticipating today’s Russian troll farms.

Russia fights the west with untruths, Kennan warned: “The leadership is at liberty to put forward for tactical purpose any particular thesis which it finds useful to the cause at any particular moment.” So Russian officials today deny threatening Ukraine, while saying that western “provocations” could prompt an invasion.

Kennan was much warmer towards “the Russian people”. They were, “by and large, friendly to the outside world. . . eager to measure against the talents they are conscious of possessing, eager above all to live in peace ”. By 1946, he added, ordinary Russians were growing disillusioned: “Never since termination of civil war have masses of Russian people been emotionally farther removed from doctrines of Communist Party.”

Today’s Russians are similarly disaffected. Putin used to be untouchable. From 1999 to 2013, Russian GDP per capita jumped twelvefold to $ 15,974, estimates the World Bank. Then came Putin’s crowd-pleasing annexation of Crimea. But from 2014 to 2020, GDP per capita dropped 37 per cent, while corruption became ever more blatant. Now, Putin has mismanaged the pandemic. Russia’s population decline of over 1mn last year was the worst since the USSR collapsed.

Like Soviet rulers of Kennan’s day, Putin mobilizes popular support by warning against western invasion. But the foreign threat is illusory. No western democracy has attacked Russia or its neighbors in a century. Russia, sole perpetrator of invasions in its region since 1945, is claiming the mantle of victim.

What will Putin do in Ukraine? Kennan emphasized that Russian rulers were cautious. They were in no hurry to bring about the west’s inevitable collapse. This meant western powers could deter them by “firm containment” short of war. I’m guessing Kennan would see the west’s arming of Ukraine as a canny way to raise Russia’s price of invasion. His analysis implies that Putin might take another bite out of Ukraine, but not attempt long-term occupation.

Kennan cautioned Washington against seeking to humiliate the Kremlin. The west ought to be able to stand firm, he wrote. After all, its stake in the USSR was “remarkably small. We have no investments to guard, no trade to lose. ” That is less true today. German dependence on Russian gas pipelines and London’s role as laundromat of the Putinist elite’s money create cracks in the west’s alliance.

That said, Kennan’s central reassurance still holds: “Gauged against Western World as a whole, Soviets are still by far the weaker force.” He also noted the difficulty of a transfer of power from a long-established autocrat – in his day, Stalin. Kennan turned the Kremlin’s worldview on its head. He agreed that a society was going to collapse, but it was not the west.