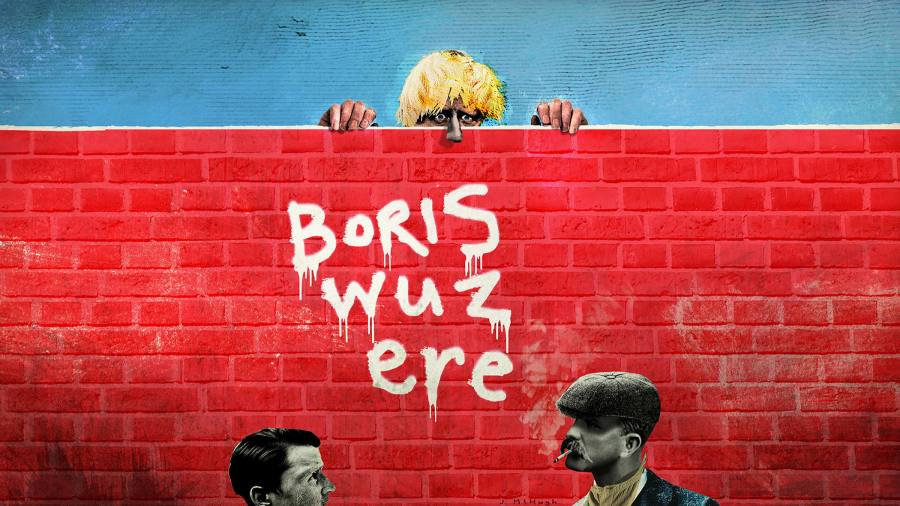 As Conservative MPs mull over whether to oust Boris Johnson, many are preoccupied with who else can retain the electoral coalition that swept them to power. The “red wall” of former Labor heartlands looms large in Tory thinking. But the mythical status of these seats in the Midlands, Wales and northern England – and the patronizing assumptions that Westminster makes about them – are misplaced.

Ever since political strategist James Kanagasooriam coined the phrase “red wall”, Conservatives have been mesmerized by a group of voters who do not actually fit into a simple box. Policymakers tiptoe around these imagined voters, afraid to alienate them but projecting their own prejudices on to them. Number 10 is obsessed with focus groups, dissecting the red wall brick by brick. It has spent hours working out how to look tough on crime and Channel-crossing migrants, proud of the armed forces and generous to the NHS, on the basis that these things chime with “Workington man” – a van-driving, good-hearted sort of bloke who supposedly loves the fact that every minister now appears in front of the Union Jack.

The reality is far more nuanced, as you would expect from constituencies which encompass affluent industrial bases and areas of high deprivation. On issues from climate change to gender-neutral toilets, YouGov surveys have found that red wall voters have very similar views to the wider electorate. The biggest divergence is on immigration, where YouGov finds more red wall voters hostile. But here again, the Whitehall assumption may be wrong. In my experience, what rankles most with voters is not immigrants themselves, but the perception that they are receiving undeserved welfare: using schools and hospitals and claiming benefits before they’ve “paid in” tax for the privilege. According to the Center for Policy Studies, people in Wales, the Midlands and the north are far more likely than those in London and Scotland to oppose immigrants being given immediate access to benefits.

What Downing Street has missed is the importance of fairness to voters who believe in working hard and playing by the rules. That may be especially true of the older “leave” voters who Johnson united under a Tory banner. Those who voted to take back control from overpaid, overbearing Brussels, thought Boris was a kindred spirit. But with partygate, the billions apparently lost to fraud in Covid contracts and the doomed attempt to defend former MP Owen Patterson against lobbying breaches, the prime minister has come to look exactly like the arrogant southern elite he once railed against. His lack of integrity was one of the reasons cited by Christian Wakeford, the Tory MP for Bury South, when he defected to Labor.

Could Chancellor Rishi Sunak or former Johnson leadership rival Jeremy Hunt repeat the 2019 majority? Could foreign secretary Liz Truss? No one knows, but two things are clear. First, we probably overestimated Johnson’s winning powers. Deposed opposition leader Jeremy Corbyn could not define a clear position on Brexit, and seemed to embody the worst instincts of southern, metropolitan Labor, which was an anathema to much of the nation.

Second, Johnson reaped the rewards of a red wall swing to Conservatism that had started some time before he became leader. Between 2017 and 2019, Labor lost 5,500 votes in Bury South, while the Tories gained only 800. The bigger Tory wins (around 5,000 votes) were made between 2015 and 2017. Labor’s lead in the iconic seats of Stoke-on-Trent north and Bishop Auckland started eroding from 2010, during the period when David Cameron and his chancellor George Osborne championed devolution to the north and regions, introducing mayors and promoting the “northern powerhouse”.

So “leveling up” did not begin with Johnson. But he did have his own unique appeal. In her book, Beyond the Red Wall: Why Labor Lost, How the Conservatives Won and What Will Happen Next?, the pollster Deborah Mattinson wrote that Boris had “de-snobbified” the Conservative party among northern voters who had previously seen it as too posh. Mattinson, now director of strategy for Sir Keir Starmer, also found that voters loved Johnson’s optimism, patriotism and clarity. He has truly been the Heineken politician, able to connect with real people. He was attractive because he seemed human; but now, it seems, he’s a bit too human.

Conservatives still hold many electoral cards. Many Labor MPs believe they can not win a majority at the next election unless they make informal voting agreements with other parties. But the Liberal Democrats, despite their resurgence at the Amersham and Chesham by-election, are not keen on a non-aggression pact. It still feels quite possible that the Tories could win a fifth term. But the post-Brexit, post-Covid landscape will require a clear government agenda.

Right now, it is not obvious what the Tories stand for. Johnson’s opportunistic leadership has made it almost impossible to predict from day to day what his government will do next. He has U-turned on the housebuilding promises in the 2019 manifesto. He is under pressure from his MPs to reverse a proposed rise in national insurance as a price for their continued support – a move which would bust his pledge to “fix” social care. His signature “leveling up” policy is due to be unveiled soon by Michael Gove. But while there is a real need to reduce regional disparities, this will look too much like pork barrel politics if it is overly focused on the red wall. The Tories need to govern for the whole nation, not just a caricature of one part of it.