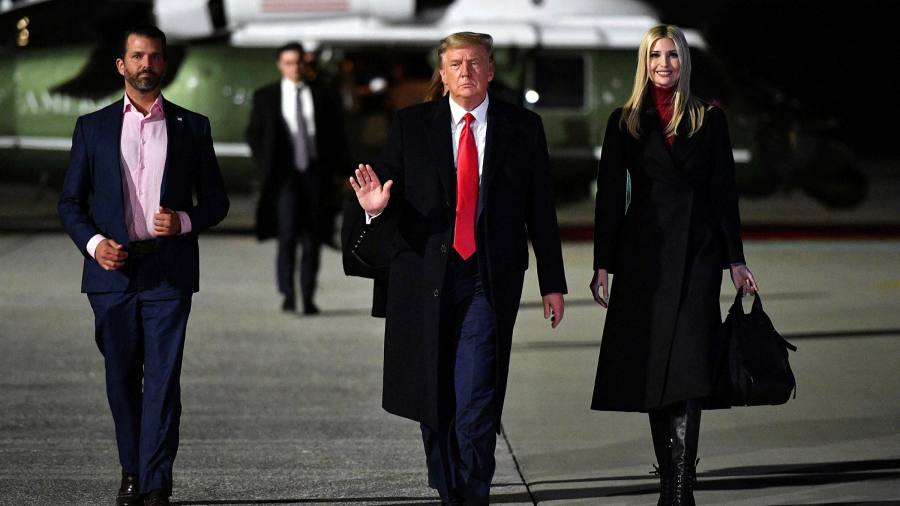 Former President Donald Trump and two of his adult children will be required to testify during oath in a civil investigation by the New York attorney-general into their family business, a judge ruled on Thursday.

The decision from Judge Arthur Engoron in New York on Thursday came after a testi court hearing in which lawyers for Trump and his children Donald Jr and Ivanka, argued that their clients were being unfairly targeted because of the former president’s political standing.

They also claimed that any information gathered in the civil investigation could be used against them in a related criminal probe being led by the Manhattan district attorney.

Letitia James, New York attorney-general, began her investigation in 2019 after Michael Cohen, Trump’s former lawyer, told Congress that the Trump Organization routinely inflated the value of its real estate assets in order to secure financing and other benefits while understating them for others. purposes.

In a January court filing, she said her office had uncovered “significant evidence” of fraud committed by the family-owned business. James also noted that another Trump child, Eric Trump, had invoked his Fifth Amendment right against self-incrimination more than 500 times when questioned by her office.

The Trump Organization has repeatedly dismissed James’ investigation as a politically motivated witch-hunt led by a Democratic politician.

“No one will be permitted to stand in the way of the pursuit of justice, no matter how powerful they are,” James said in a statement after the decision. “No one is above the law.”