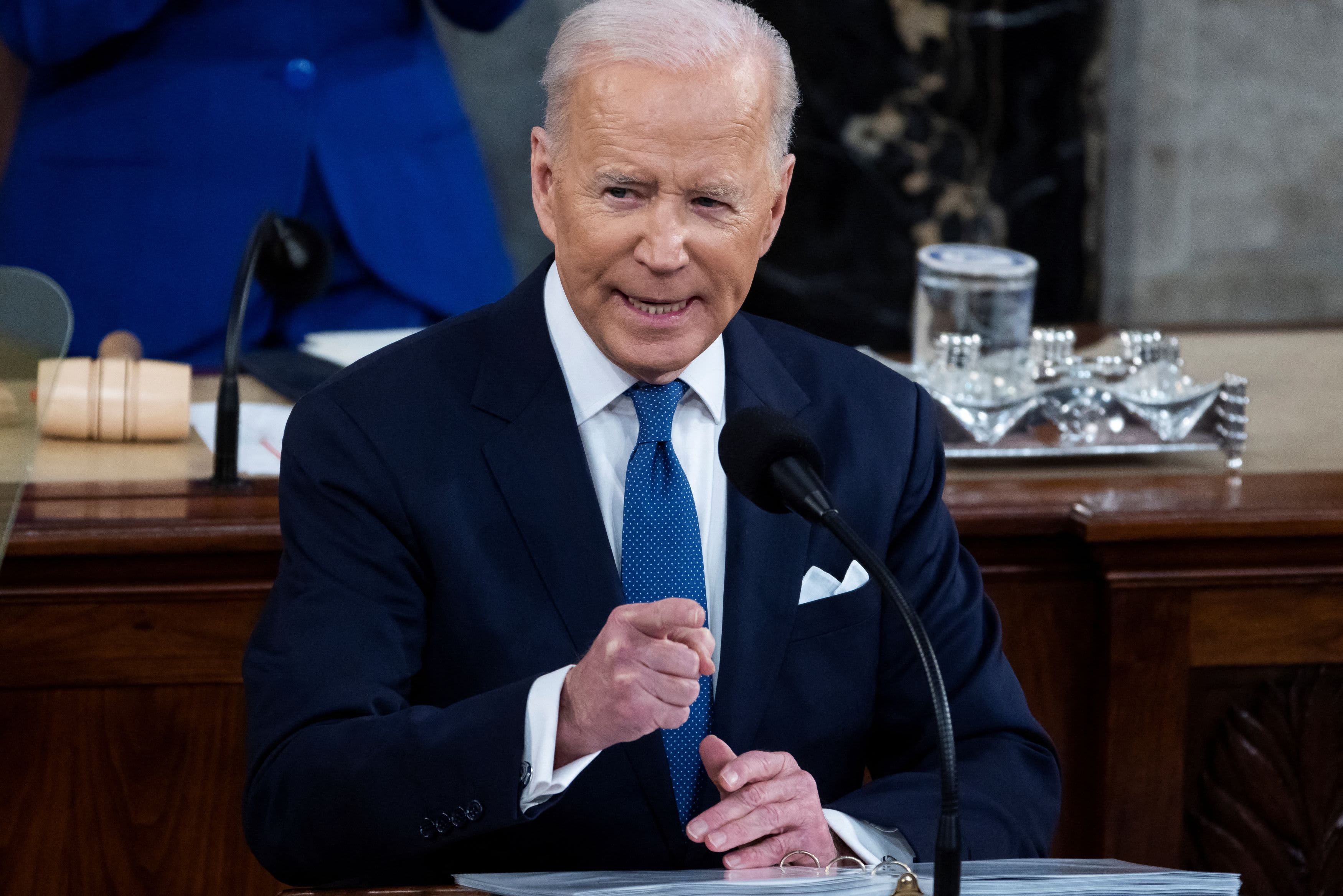 US President Joe Biden delivers his State of the Union Address before lawmakers at the US Capitol in Washington, DC, US, March 1, 2022.

The United States on Thursday announced a new round of sanctions targeting Russian oligarchs and their family members who are supporting Russian President Vladimir Putin as he wages war in Ukraine.

The new penalties include “full blocking sanctions” on at least eight so-called Russian elites and visa restrictions on 19 Russian oligarchs, their 47 family members and close associates, according to the Biden administration.

One of those elites is Dmitry Peskov, Putin’s press secretary, who was already sanctioned earlier this week by the European Union.

The administration said it is targeting the visas in an effort to “direct, authorize, fund, significantly support, or carry out malignant activities in support of Russia’s destabilizing foreign policy.”

The Treasury Department will also designate “disinformation targets,” including seven Russian entities and 26 Russia- and Ukraine-based individuals, according to the White House.

“These individuals and their family members will be cut off from the US financial system, their assets in the United States will be frozen and their property will be blocked from use,” the White House said in a fact sheet detailing the sanctions.

White House press secretary Jen Psaki said that the US was confident that the new actions would be effective.

“It’s not the only step we’re taking, obviously,” Psaki said. “What we’re talking about here is seizing their assets, seizing their yachts and making it harder for them to send, you know, their children to colleges and universities in the West. These are significant steps that will impact the people who are closely around President Putin. “

The Russian elites named in the White House release are:

This is breaking news. Please check back for updates.