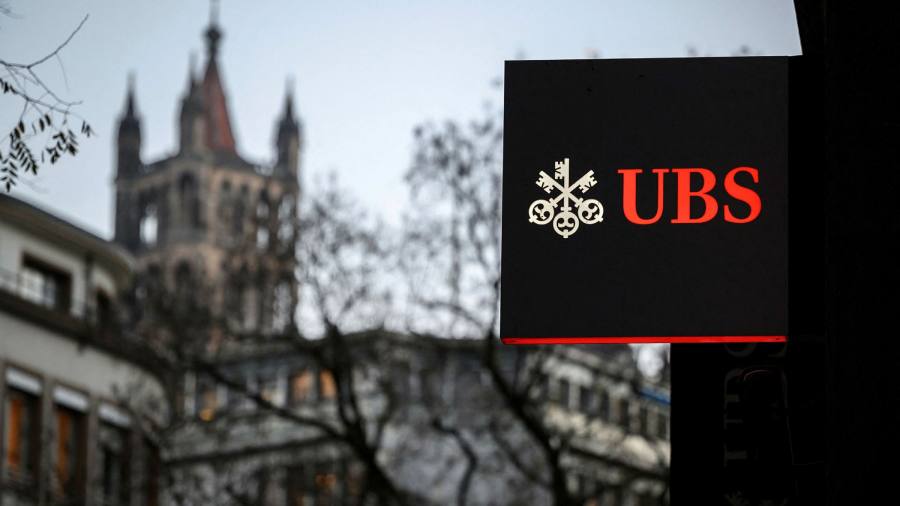 UBS made plans to almost double its share buyback program and increase its dividend after a fantastic run in global markets helped lift the annual profits of Switzerland’s largest bank.

The bank said Tuesday it intends to buy up to $ 5 billion. shares over the next 12 months, topping the $ 2.6 billion it bought in 2021, bringing the total size of a proposed return on equity program to $ 7.6 billion, close to double $ 4 billion. originally earmarked.

The promise came as the bank’s full-year results underscored how UBS, which has focused on expanding its flagship asset management business, benefited from the resurgence in global markets last year.

Its asset management business, which caters to wealthy clients, recorded a 19 percent increase in profit before tax in 2021 from a year earlier. The bank said it maintained guidelines for the division’s growth.

However, the Group’s fourth quarter profit was hit by a slowdown in activity and a new $ 740 million lawsuit in connection with a French tax case. A Paris court upheld an earlier ruling in December, ordering the bank to pay $ 2 billion. USD in fines for helping French customers illegally protect assets from the tax authorities.

“For the second year in a row, we reached our goals, remained disciplined in our costs and saw strong contributions from all regions and divisions,” Hamers said. “This is just the beginning of what we are capable of. To make the most of the momentum we have built, our updated goals focus on where we see the greatest opportunities.”

The bank said it raised its targeted return on tier 1 capital from 12-15 percent to 15-18 percent annually, after hitting a return of 17.5 percent last year. Overall, assets managed by UBS rose to a new record ever of $ 4.5tn.